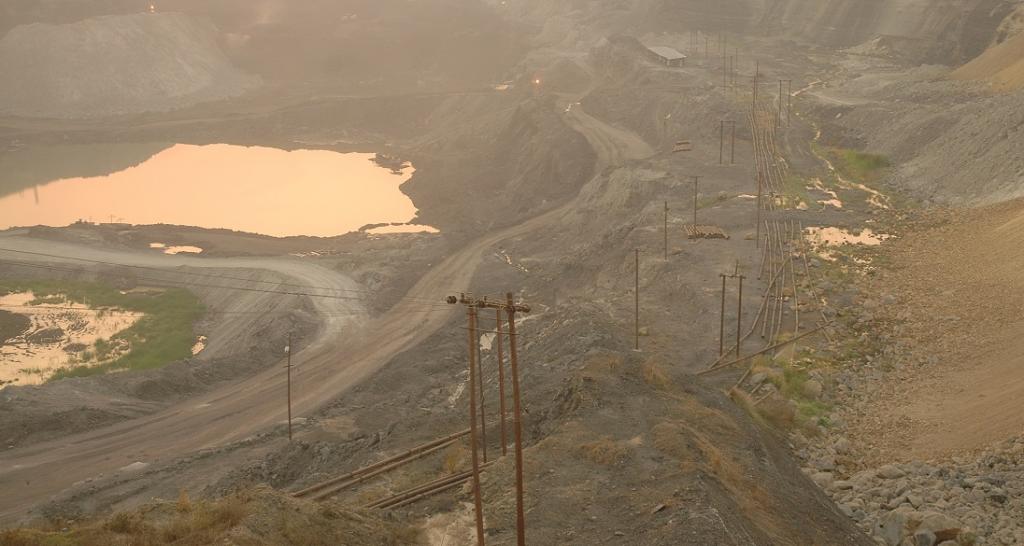 CAT has ranked India’s climate action performance as ‘Highly Insufficient’ in its updated rating system due to its dependence on coal. Photo: Agnimirh Basu / CSE

Only Gambia was rated compliant. Seven countries, including the United Kingdom (UK), were rated ‘almost sufficient’.

Major economies like the United States (US), the EU, Germany and Japan were rated ‘insufficient’, while India and China were rated ‘highly insufficient’. Updated NDCs submitted over the past year have added emissions reductions of only four gigatonnes of carbon dioxide equivalent (GtCO2e) to what is needed to achieve the 1.5°C target.

CAT follows a composite approach to assess whether a country’s climate targets and policies are helping it to do its ‘fair share’ of emissions reduction. It assesses this by incorporating findings from a collection of many studies, including those used by the Intergovernmental Panel on Climate Change in its Assessment Reports.

Previously, CAT’s rating applied only to a government’s stated targets. But they are now also rating the policies and actions taken by the government to achieve its targets, their net zero target (if any), any domestic target, their climate finance commitments and land use and forestry policies — together leading to an overall rating. 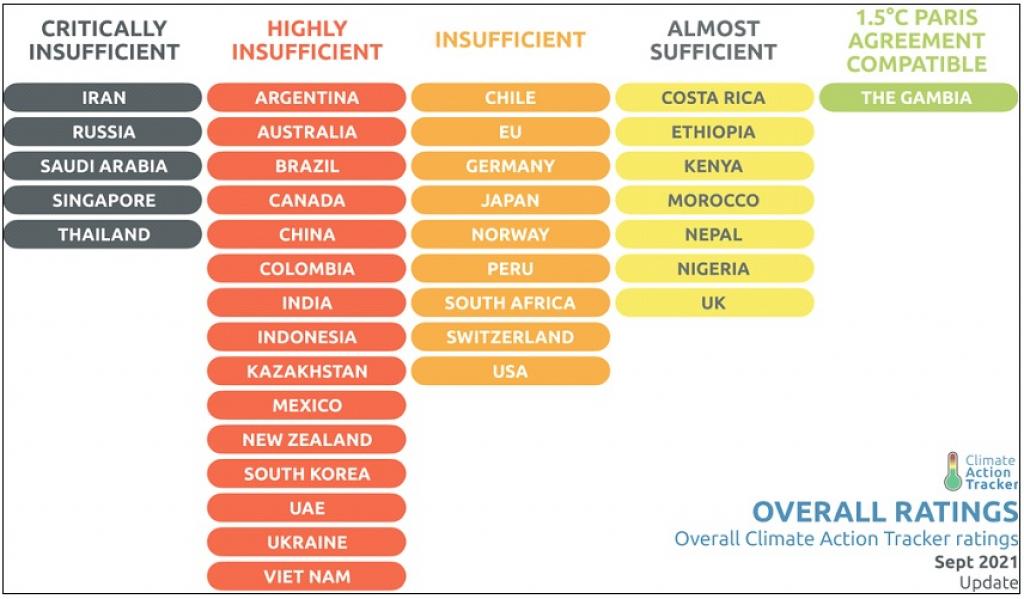 India was previously rated 2°C compatible. Its bureaucracy has often cited this point when confronted with questions on the international stage.

In April 2021, Union Minister for New and Renewable Energy RK Singh pushed back against US pressure for India to set a net zero target. He said: “We are the only major economy in the world whose actions in energy transition are consistent with keeping the temperature rise below 2 degrees”.

CAT attributed India’s new lower rating to its dependence on coal and the lack of any major effort to flatten the upward trajectory of its emissions. “Under India’s current targets and policies, emissions will continue to rise and are consistent with 4°C,” CAT stated.

Non-fossil energy comprised 25 per cent of India’s overall installed power capacity in July 2021. The Central Electricity Authority has projected that this will rise to 63 per cent by 2029-30.

CAT’s rating for this has been presented somewhat opaquely, with the only explanation being that it “needs substantial improvements”.

India has made a reduction of 24 per cent (compared to a target of 33-35 per cent by 2030) as of 2016 on its emissions intensity target, according to its Third Biennial Update Report to the United Nations Framework Convention on Climate Change.

CAT’s rationale for its rating is that despite progress, the pathway for this goal leads to “rising, rather than falling, emissions”.

The UK is the only G20 country rated close to meeting the temperature goal, owing primarily to its aggressive domestic target — to reduce emissions by 68 per cent by 2030 below 1990 levels.

This is despite the fact that the UK is looking to develop a new oil field in the North Sea, known as the Cambo development, while political figures push responsibility onto individual citizens to reduce their personal footprint.

Its net zero plans also rely heavily on unproven technologies like bioenergy with carbon capture and storage, which bring multiple unknowns to the table.

CAT’s announcement has also criticised the long-term net zero targets set by countries that are “formulated vaguely” and which need to be supported by more aggressive 2030 goals — a fact supported by the scientific community.