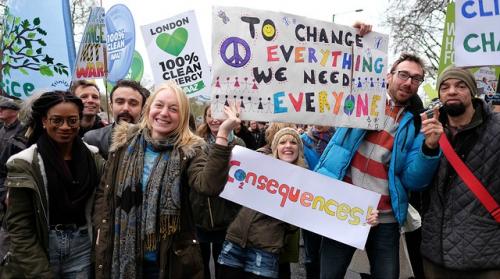 According to a joint Indo-US statement, India has agreed to work towards joining the Paris Agreement on climate change this year.

“We discussed how we can, as quickly as possible, bring the Paris Agreement into force,” Obama was quoted by news reports as saying.

India’s joining the Paris agreement would accelerate its enactment. The US and India share common climate and clean energy interests and are close partners in the fight against climate change, the statement reads.

Obama and Modi have also agreed to work together on amending the Montreal Protocol to reduce hydrofluorocarbons, a potent greenhouse gas.

According to the statement, the leaders reiterated their commitment to pursue low greenhouse gas emission development strategies in the pre-2020 period.

The leaders welcomed the signing of a memorandum of understanding to enhance cooperation on energy security, clean energy and climate change.

The US supports India’s ambitious goal to install 175 GW of renewable power that includes 100 GW from solar power, the statement says.

The Paris agreement will take effect when at least 55 countries representing 55 per cent of global emissions ratify it, news reports say.