International Day of Climate Action: All talk, no show on Paris Agreement targets

Countries may have announced grandiose plans to reduce greenhouse gas emissions, but they are unlikely to meet the global target to become carbon neutral by 2050 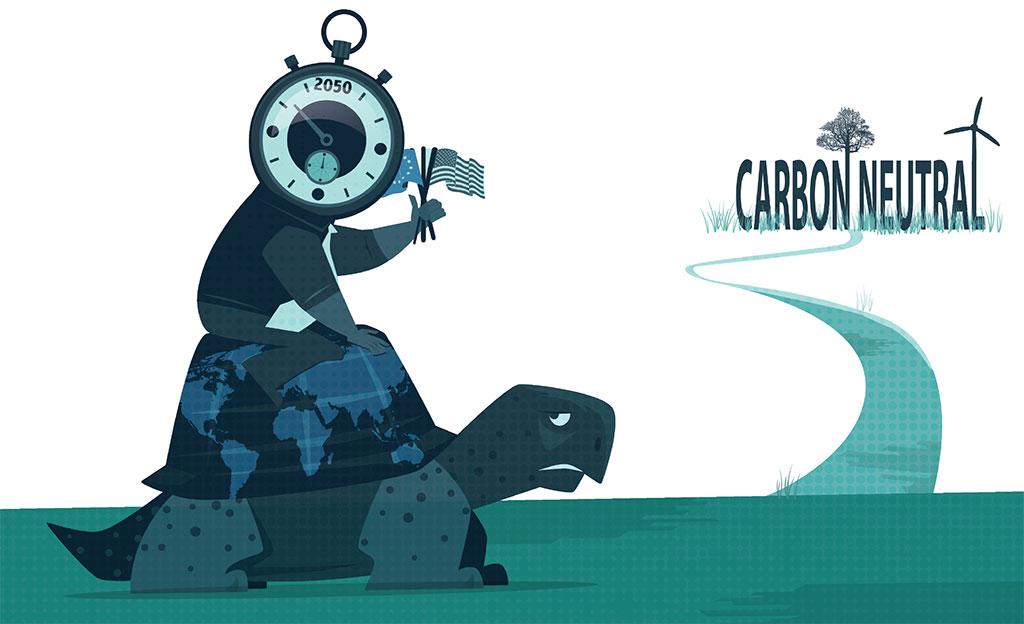 The year 2020 is a landmark year for climate change and its mitigation, especially with the unexpected impact of the novel coronavirus disease (COVID-19) pandemic and the subsequent lockdowns and economic downturn across the world. The world economy is estimated to shrink by 6 per cent in 2020. This is happening when the world is witnessing some of its worst storms, heat waves, ice melting and wildfires, making the twin challenges of climate change and COVID-19 one of the worst periods in human history since the 1930s.

Even so, many countries are stepping up their commitments to minimise their greenhouse gas (GHG) emissions in accordance with the Paris Agreement of 2015 and some are even going beyond to achieve the goal of limiting global warming to well under 1.5 degree Celsius by 2050 through green new deals.

Many like Germany and France are also trying to integrate climate change mitigation into their post-pandemic economic recovery strategies. In June this year, Germany announced that it would provide $2.36 billion worth of funds to its construction sector for energy efficient buildings, according to non-profit Carbon Brief. In September, France has also allocated $7.66 billion for energy efficiency in its private and public buildings, including investment in insulation and low carbon heating.

International organisations too are not far behind. For instance, the International Energy Agency (IEA) has planned a three-year investment totalling $1 trillion to work towards a green post-pandemic recovery, according to its World Energy Outlook Special Report released in June 2020.

The IEA, which had always been criticised for its lackadaisical approach to decarbonisation, will now invest in initiatives like energy efficiency, wind and solar power. That would cut down 4.5 billion tonnes of carbon dioxide emissions over the next three years and add 1.1 per cent to the global economic growth every year.

The most recent climate change mitigation announcement has come from China. On September 22, Chinese Premier Xi Jinping speaking at the virtual 75th meeting of the United Nations General Assembly announced that his country would become carbon neutral by 2060. This was the first such long-term mitigation announcement to come from the largest greenhouse gas (GHG) emitter on the planet, which accounts for 28 per cent of total emissions.

This brings the total number of countries with similar mitigation pledges to 126, which together account for 51 per cent of worldwide GHG emissions. Even though China will have to cut down its emissions by up to 90 per cent — and it has a long way to go to achieve this target — the announcement has been welcomed by international experts.

This is because if China achieves its intended goal, then it would lower the global warming projections by 0.2-0.3°C, according to nonprofit Climate Action Tracker (CAT). It also says that this is the single-biggest reduction estimated by the organisation.

But the catch with the Chinese announcement is that it is 10 years late — the Intergovernmental Panel on Climate Change’s (IPCC’s) Global Warming of 1.5°C report had said in 2018 that the world would have to be carbon-neutral by 2050 to contain the planet’s warming to less than 1.5°C over pre-Industrialisation levels.

Not to forget China depends heavily on fossil fuels to meet its energy needs both for its massive manufacturing sector as well domestic consumption. Therefore, it would need a significant overhaul of its energy sector to be able to achieve its intended targets.

“China’s critically important announcement comes at a time when the EU is also ramping up its climate action, aiming for a more ambitious 2030 target, and climate neutrality by 2050,” says Bill Hare, chief executive of Climate Analytics, a Berlin-based climate change science and policy organisation. “If China and the EU — which together account for 33 per cent of global GHG emissions — were both to officially submit these new steps to the Paris Agreement, this would create the much-needed positive momentum the world and the climate needs,” he adds.

This momentum can be further strengthened if Joe Biden wins the US presidential election in November, says Hare. China, the EU and the US account for 45 per cent of global GHG emissions. This would bring the global warming target of 1.5°C under the Paris Agreement within reach.

Under the current scenario, according to IPCC, the Earth is on a path to be warmed by 1.5°C between 2030 and 2052. This climate action momentum is essential for the world as there is no country that has all the climate policies required for the best climate mitigation practices.

For instance, in the Climate Change Performance Index (CCPI) 2020, released by non-profits Climate Action Network, German Watch and New Climate Institute, no country has done well enough to get into the very high rating in the index which is basically the top three ranks of the index.

Among the Group of 20 (G-20) countries, which are some of the biggest GHG emitters, only India and the UK rank among high performers. In fact, eight of the G-20 countries rank among low performers.

The index takes into account GHG emissions of countries in a particular year giving it a 40 per cent weightage, along with renewable energy, energy use and climate policy, giving each of them 20 per cent weightage. Both China and the EU, which have made major announcements, are under medium performers. The US, on the other hand, which is expected to join the bandwagon with Biden as president, was the worst performer on the index.