Such high concentrations of Iodine was not seen in Arctic before, say scientists 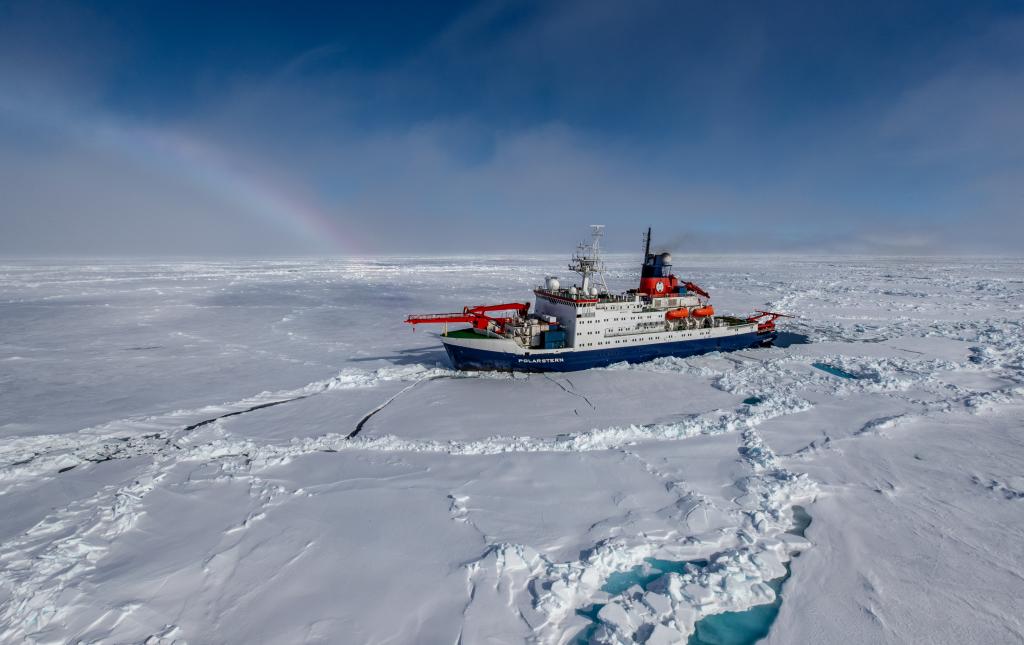 Climate change is causing the Arctic Ocean to release significant amounts of iodine into the atmosphere, substantially destroying ground-level ozone, according to a study published in Nature Geoscience.

Ground-level ozone is a pollutant that forms when oxides of nitrogen (NOx) react with volatile organic compounds (VOC).  It differs from stratospheric ozone, which protects the Earth from harmful ultraviolet rays.

“The depletion of the ground-level ozone pollutant is positive for the Arctic. But this reduction does not match anthropogenic emissions of ozone,” Anoop S Mahajan from the Indian Institute of Tropical Meteorology and lead author of the study told Down To Earth (DTE).

The Arctic has been warming nearly four times faster than the rest of the world in the last 43 years, according to a recent study.

Mahajan and his colleagues from Europe, the United States and Argentina wanted to study the implications of such warming in the Arctic.

Hundreds of global researchers set sail on an expedition to the Arctic called “Multidisciplinary drifting Observatory for the Study of Arctic Climate (MOSAiC)” to study the Arctic Ocean.

During the expedition, Mahajan and his colleagues studied ozone depletion in the Arctic, which is known to drop to near-zero levels in March, April and May, the study highlighted. The rest of the year, ozone concentration rises to 10-40 parts per billion.

But concentration of bromine, the study added, is not observed to be high during the rest of the year.

In contrast, iodine is observed throughout the year, observations from the MOSAiC expedition showed.

“Iodine is one of the most potent ozone destruction agents,” Mahajan explained. “And large concentrations are seen in the Antarctic but never in the Arctic until now,” he added.

The maximum individual single-day contribution of bromine to ozone loss was roughly 70 per cent, recorded on April 3, 2020, the findings showed.

As for iodine, the maximum single-day contribution to ozone loss was about 75 per cent, recorded on March 26, 2020. The findings suggested that, on average, iodine and bromine contribute about 56 per cent of the ozone loss during spring.

The average contribution to ozone loss from iodine and bromine during the sunlit period was 16 ± 10 per cent and 14 ± 9 per cent respectively.

“During spring, iodine levels are equal to bromine, the researchers noted. But iodine is more important throughout the year since bromine sources are mainly active only in spring,” Mahajan stated.

“We have not seen such large concentrations of iodine in the Arctic before,” the expert said.

The Arctic Sea ice is melting in response to high temperatures, exposing the ocean. As a result, ozone from anthropogenic emissions gets deposited in the water, releasing iodine from seawater into the atmosphere, he noted.

Once in the atmosphere, it can destroy ozone in the presence of sunlight, Mahajan explained.

This natural cycle occurs worldwide but is relatively new in the Arctic, the expert said. This study, on a large scale, shows how natural processes are changing due to climate change, he pointed out.

The researchers hope to understand how iodine emissions change in the future. They are also interested in investigating other feedback cycles that could affect the atmosphere, similar to the sea ice-ozone-iodine feedback cycle.