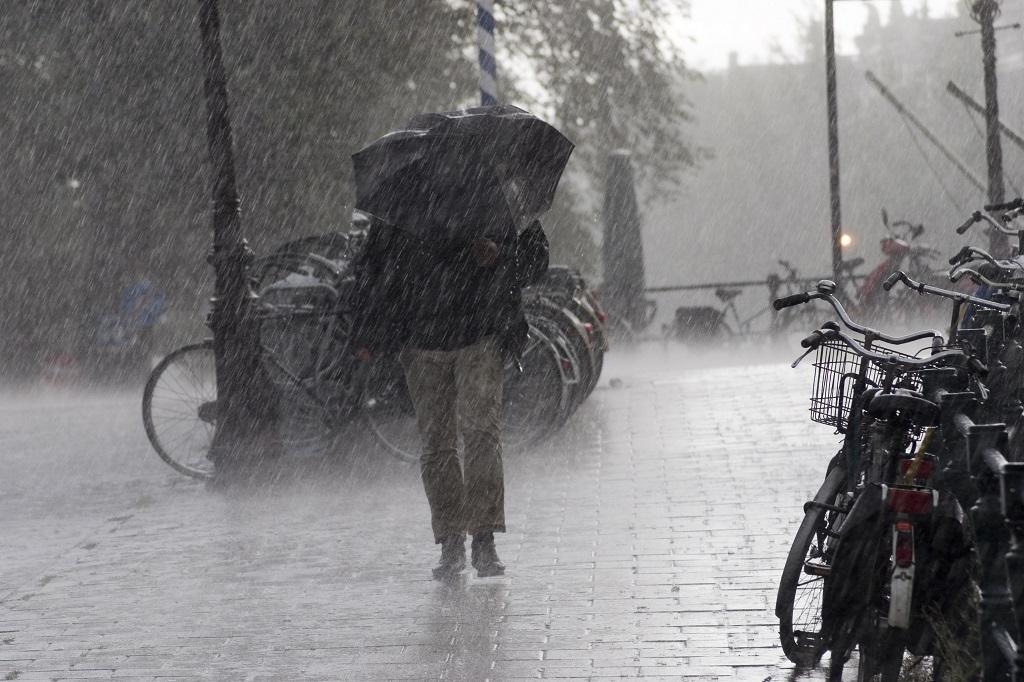 The retreat of the southwest monsoon (SWM) will be delayed by three weeks, experts said, underscoring the changing pattern of India's most crucial weather event.

Normally, the withdrawal should have been in progress now. But a delayed onset, slow progress and erratic bouts of rainfall seem to be the new normal for the monsoon. The onset of SWM was delayed by a week.

“Monsoon usually starts withdrawing from west Rajasthan from September 1, but this time we think the retrieval will start after September 16-17 as easterly winds are still blowing at lower levels,” said Mahesh Palawat, chief meteorologist at Skymet Weather Services, a private weather agency. This is mainly because the SWM is still in its active phase.

The axis of the monsoon trough will now shift over northern plains, increasing rainfall in Uttar Pradesh and Bihar. The monsoon trough is the confluence of winds that causes rainfall during the season and usually extends from Punjab in the west to West Bengal in the east.

The trough remained south of its usual position because of successive low-pressure areas developing over the Bay of Bengal and moving towards the west, affecting Odisha, Madhya Pradesh and parts of Gujarat and south-east Rajasthan. “The number of such low pressure areas has been more than usual in this season,” Palawat said.

Another important aspect: The break in monsoon has shifted to July from August. This has increased the amount of rainfall received during August, according to SD Attri, deputy director general of India Meteorological Department (IMD).

During the break period, the monsoon trough shifts towards the north from its usual position and brings rainfall to the Himalayan and north eastern states, while the rest of the country remains mostly dry.

The impact of all these factors can be clearly seen in the quantum of seasonal rainfall received by the central states of India. The increased rainfall in central India also caused floods in many states in the last two months.

Both Rajasthan and Gujarat received 32 per cent more rainfall than normal between June 1 and September 11. This is the highest among the big states of India.

Extreme rains in many districts of Gujarat, especially Vadodara, caused floods in the first week of August. Between August 1 and 7, the state received 112 per cent more rainfall than normal. Many districts which received regular rainfall around the average over the monsoon period remained relatively dry.

Rajasthan suffered from flood or flood-like situation in many of its districts at the end of July due to incessant rainfall over a few days. The state as a whole received 152 per cent more rainfall than normal in the last week of July.

Maharashtra comes second in terms of above-normal rainfall at 29 per cent and Madhya Pradesh is third at 26 per cent. The floods in Maharashtra were a result of heavy rainfall over two weeks.

The low-pressure area that caused heavy and extreme rainfall events in August over central India also brought heavy rainfall to the south Indian states along the western coast because of the strengthening of the offshore monsoon trough.

Kerala was reeling under a seasonal rainfall deficit of 27 per cent till August 7. Between August 1 and 7, it saw 22 per cent excess rainfall and then on August 8 the state received 368 per cent more rainfall than normal and the floods started immediately.

By August 13 the incessant rainfall in the state reduced the seasonal deficit to 3 per cent, down by a massive 24 points. More than 100 people died due to the floods and 1.9 lakh people were shifted to relief camps.

Karnataka had a monsoon rainfall deficit of 13 per cent as on July 31. After a week’s rainfall this deficit changed to an excess of 10 per cent, a swing of 23 percentage points. It induced floods in 12 districts of the state, mostly in the north and central parts, killing 76 people. On August 8, some of the districts received up to 32 times their normal rainfall.