Is the Modi government serious about climate change?

Unlikely since nobody knows where and how it has spent environmental cessess, such as the coal cess, meant to mitigate climate change 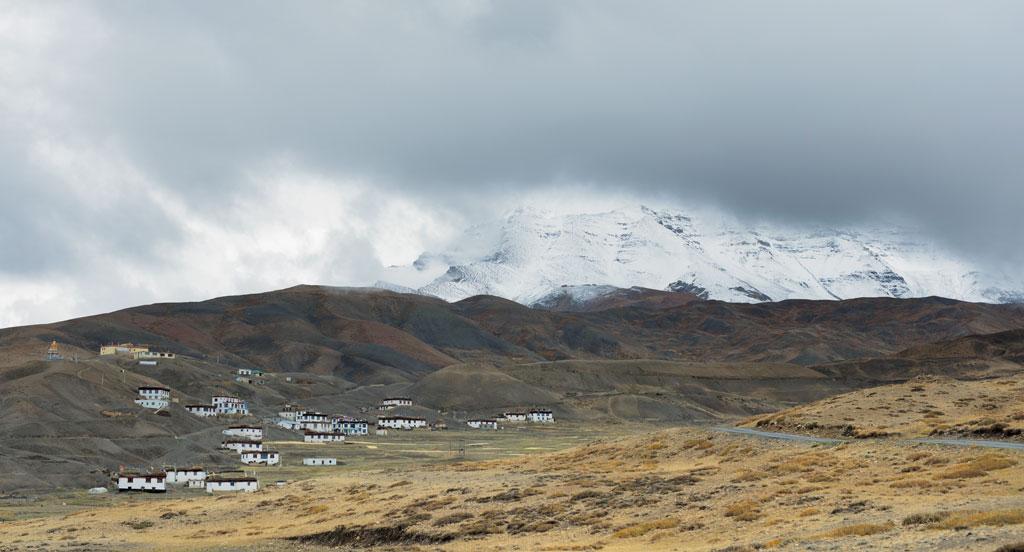 The National Clean Energy Fund, which plays a big role in mitigating climate change, shall become defunct this year.

Ambivalent. Schizophrenic. Lukewarm. These seem to be the best words to describe the Modi-led BJP government’s attitude about climate change.

In September 2014, the then newly-elected PM nonchalantly brushed aside a question on climate change during a Q&A session with school children claiming that it wasn’t climate that had changed but rather our ability to deal with climate.

However, international geopolitics and current economic trends have made the government position itself as a responsible player in the global environmental regime in the recent past. India’s “traditions of sustainable lifestyles” has been repeated frequently by several ministers including the PM.

India has been facing mounting losses due to droughts and an increasing number of destructive extreme weather events which have also been contributing to the staggering number of farmer suicides the country has witnessed.

The Paris Agreement as a whole was arguably a missed opportunity, but India’s intended contributions (based largely on the previous government’s plans) earned international praise for its ambitious contributions including large investments in renewable energy, afforestation and a plan to cut emission intensity of productive activity. While ambitious initiatives have created an image of environmental concern, policy implementation on the ground looks nothing alike. In a bid to improve the ease of doing business, the government has diluted requirements of Environmental Impact Assessments and public hearings before approval of projects.

The government would like to project that it is pro-environment and is serious about climate change, but there is little real evidence for the claim.

The coal cess and the National Clean Energy Fund (NCEF) plays a big role in mitigating climate change in the country. While India has been lauded internationally for its forward thinking move in disincentivising coal, there is a huge gap on plan and implementing an environment friendly cess.

Introduced in the 2010-11 budget at Rs 50 per tonne, the Coal Cess or Clean Energy Cess is transferred to the non-lapsable NCEF, under the Ministry of New and Renewable Energy (MNRE), and is used for clean energy projects. Over the years, the cess increased and the NCEF ambit was opened to other environmental projects. In 2016, the Finance Minister Arun Jaitley even doubled the cess from Rs 200 per tonne to Rs 400 per tonne. The Comptroller and Auditor General (CAG) reported a 106 per cent jump in cess in its 2017 audit report.

But nobody knows where these funds have been spent.

The CAG audit report says that total Rs 53,967 crore were collected as Clean Energy Cess from 2010-11 to 2016-17. Against this, only 28.69 per cent or Rs 15,483 crore had been transferred to the NCEF in the public account, resulting in a shortage of Rs 38,484 crore (71 per cent). According to a Parliamentary Standing Committee reply, an additional Rs 29,700 crore is expected to have been collected in 2017-18. A little over one-third of the funds have been transferred to the NCEF and, according to the Parliamentary Standing Committee reply, less than Rs 7,000 crore has been spent on projects.

According to a news report, unspent funds amounting to Rs 56,700 crore would be diverted to compensate for losses incurred during the rollout of the ambitious Goods and Services Tax regime in 2017. This is despite the CAG report stating that such measures were “not tenable” since the NCEF is a non-lapsable fund.

In effect, with no funds, the NCEF shall become defunct this year and the unspent money in its coffers is likely to be diverted to other more politically pressing concerns. How this shall be absorbed in the incumbent budget is remained to be seen. As of now, with a plethora of ministries hosting poorly inter-linked climate-related programmes, there is little clarity on where finance comes from and where it is being spent.

Even in projects that are actually sanctioned using the funds, there have been criticisms abound regarding the difficulty to get projects approved as the governments pet projects are heavily prioritised.

In a scathing reprisal of the Centre, the SC in March this year asked the Ministry of Environment, Forest and Climate Change (MoEFCC) to submit the details of how a "huge amount" of around Rs 75,000 crore, lying in various funds created for protection of the environment, was being utilised. "What are you doing? So many funds have been created under the orders of this court. Which are these funds and what is the amount lying in these funds," a three-judge bench headed by Justice M B Lokur, asked the MoEFCC. Apart from the Coal Cess, the status of utilisation of thousands of crores accrued from education cess, road cess, infrastructure cess, Krishi Kalyan cess, Swachh Bharat cess etc. is still not known. While the budget 2018-19 made no mention on the status of various environmental cesses, the ministry representative told the SC that an update would soon follow. It has been more than two months now and all that has followed is radio silence.

A questionable reprieve for thermal plants

A welcome move taken by this government was the introduction of new emission norms in December 2015 for thermal power plants. Coal-based thermal power plants are notorious for their contributions both to India’s worsening air quality as well as Green House Gas emissions that contribute to global warming. The MOEFCC in December 2015 issued a notification requiring all thermal power plants in the country to cut particulate matter emissions by about 40 per cent, sulphur and nitrogen oxides by about 48 per cent, and water consumption by nearly a third within two years of the notification.

But two years later, in December 2017, the notification was almost nullified when the Central Pollution Control Board issued letters to more than 400 thermal power plants  allowing the plants to release pollutants and effluents directly into the environment for up to five more years. Clearances for 200 more coal projects are currently on hold after a court-ordered stay pending compliance with the new standards.

India has been lauded at several forums for taking the lead with an ambitious plan to increase renewable energy capacities, not least for the International Solar Alliance (ISA) that India is leading with France. Of the 121 member nations who can join the alliance, 61 have signed the treaty and about 30 have ratified it. The latest to sign was Netherlands, a few days ago during a New Delhi visit by the Dutch PM Mark Rutte.

The ISA is a programme that could help in mobilising funds to shift to solar energy, potentially costing thousands of billions of dollars by 2030. The 1,000 GW plan is in addition to India’s own plans to create 175 GW of renewable energy capacity by 2022, of which 58 GW has been achieved so far. By 2030, renewable sources should occupy at least 40 per cent of India’s energy mix.

The Indian government has also pledged to spend $21 million in the venture from 2016 to 2021, which includes setting up of the headquarters in Gurugram, Haryana. However, there is little clarity on how exactly the ambitious target of 1,000 GW was arrived at or how it will be reached.

According to the 39th report of the Standing Committee on Energy tabled in both houses of the parliament, MNRE could utilise only 63 per cent, 65 per cent and 70 per cent of the total fund allocation during the 2015-16, 2016-17 and 2017-18 (up to December 2017) respectively. The budgetary allocation is usually lower than what MNRE demands, it added. Even that gets reduced during the revised estimates.

In 2016-17, India could meet 68 per cent of the 16,600 MW grid-connected renewable power target. Till December 2017, it had met just 38 per cent of the 14,555 MW target for 2017-18. “Year-on-year non-achievement of the physical targets will derail the entire mission of achieving 175 GW by 2022,” warned the report. It adds that while the country is on-track with its wind power commitments, it is lagging behind in solar and biomass energy capacities. According to MNRE, by November 2017, a total of 62 GW of renewable energy capacity has been installed in the country. Of this, 27 GW has been added since May 2014 including 12.87 GW from solar, 11.70 GW from wind, 0.59 from small hydro-power projects and 0.79 from biomass. Solar power in the country had a capacity of 16.6 GW close to the end of last year.

All in all, the Modi-government’s performance, when it comes to addressing climate change and the wider issues of environmental governance has been far from convincing. For optimists and supporters of the government, it could be called a mixed bag. For others, the words and actions of the government borders on wily deception.

Business is still the priority and all that has really changed during the four years are the words spoken about the subject in public. Where the PM used to deny climate change, he now invokes the Vedas to find solutions for the same. Never mind that the scriptures are thousands of years old and share nearly nothing with modern realities.