January 2021 ninth-warmest month for US on record: NOAA 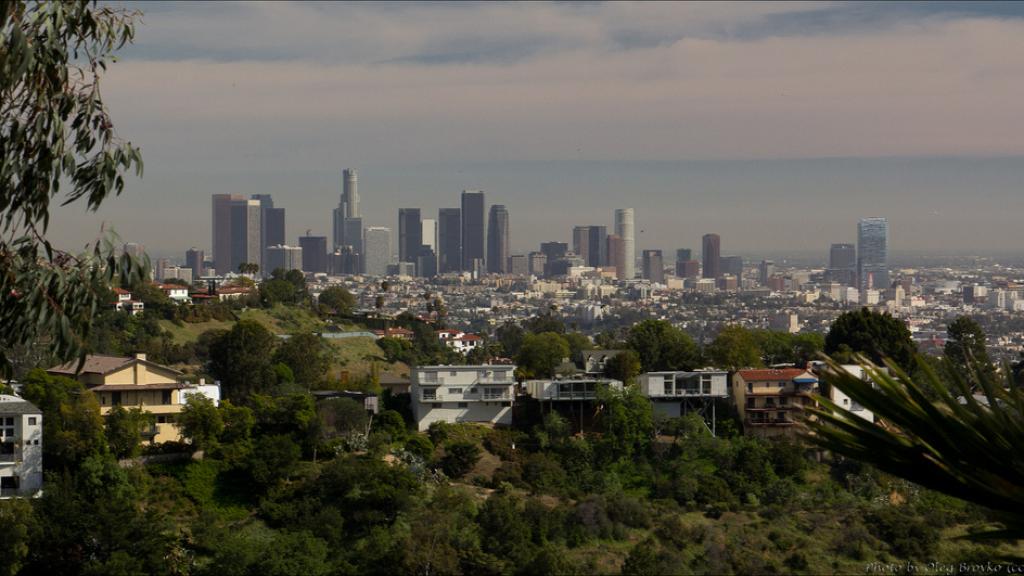 January 2021 tied for the ninth-warmest January in the United States in 127 years, according to the National Oceanic and Atmospheric Administration (NOAA).

The average January temperature across the contiguous US was 34.6 degrees Fahrenheit (1.44 degrees Celsius), which is 4.5 degrees above the 20th-century average.

Much of the West, northern and central Plains, Great Lakes and Northeast experienced above-average temperatures. North Dakota and South Dakota had their third- and fifth-warmest Januarys on record.

Precipitation for the month was 0.30 of an inch below average, at 2.01 inches. The month was among the third-driest in the country on record.

Below-average precipitation was witnessed across much of the Rockies, Northern Tier, Great Lakes, parts of the South and the Northeast.

An atmospheric river, however, brought large amounts of rain and snow to portions of the West Coast January 27-29 despite the dry conditions, which helped alleviate some of the ongoing drought conditions in the region. 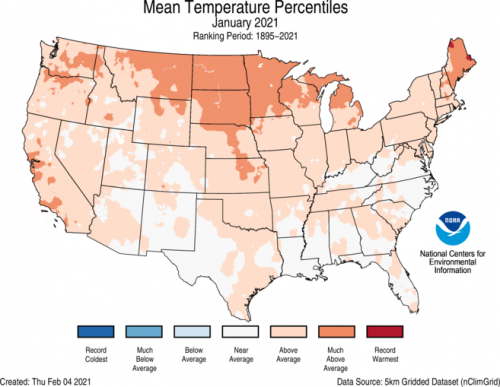 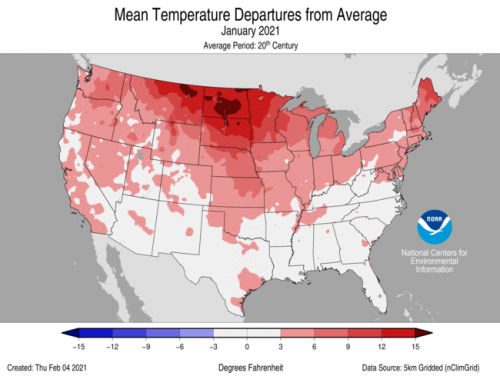 Above-average temperatures across the Great Lakes during the first two months of winter heavily impacted the formation of ice on the surface of the lakes. On January 24, only 2.4 per cent of the entire lake surface was covered by ice, the lowest amount of ice coverage for this date in the last 48 years. 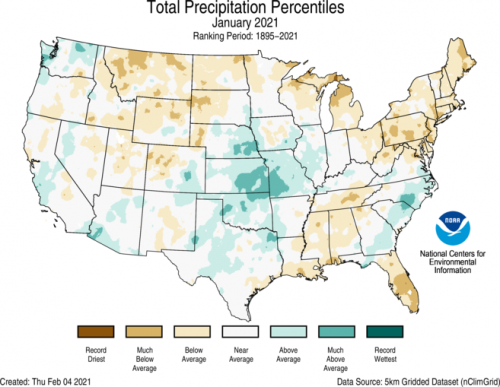 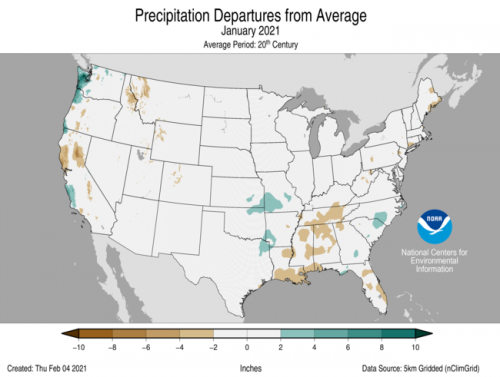 Alaska, among other regions, was the most impacted: January 2021 was the warmest year for the state since 2016 and 13th warmest overall. January’s average temperature there was -11.666 degrees Celsius, 8.8 degrees warmer than average.