Land degradation a major threat but avoidable. So why the inaction 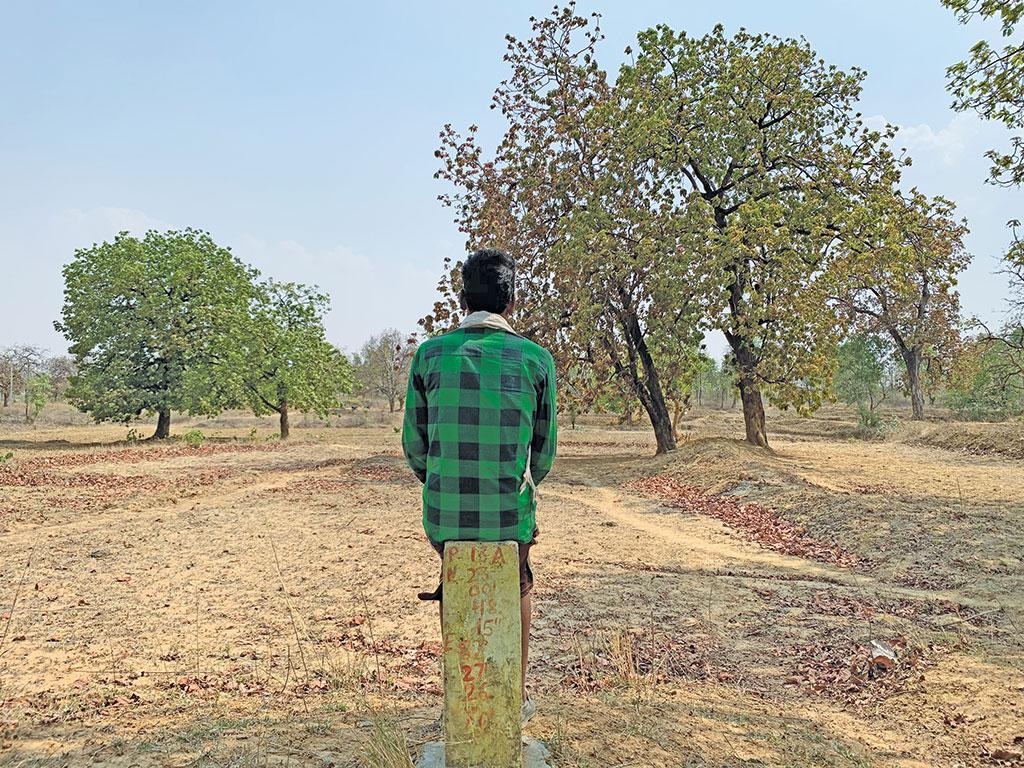 “Restore land, sustain future”. That’s the theme of 14th Conference of the Parties (COP14) to the United Nations Convention to Combat Desertification (UNCCD) being hosted by India.

The theme is centred around the wisdom that land is a fixed resource. If mistreated its topsoil, that takes centuries to build up, can be blown or washed away in a few seasons, exacerbating food insecurity, poverty, conflict, migration and political instability. Thus, says UNCCD, re-establishing land’s productivity by ensuring land degradation neutrality (LDN) is key to promoting peace, achieving development and mitigating climate change impacts.

It defines LDN as “a state whereby the amount and quality of land resources necessary to support ecosystem functions and services and enhance food security remain stable or increase within specified temporal and spatial scales and ecosystems.”

The concept emerged from the UN Conference on Sustainable Development (Rio+20) in 2012. It was realised management of land degradation has co-benefits for climate change mitigation and adaptation and biodiversity conservation, in addition to enhancing food security and sustainable livelihoods.

In 2015, LDN became a target for the Sustainable Development Goal 15, which is about sustaining life on land. That year at COP12 to UNCCD, Parties adopted LDN as a “strong vehicle for driving implementation of UNCCD” and called on countries to set voluntary tar gets to achieve “no net loss” by 2030 so that healthy and productive land is maintained.

So far, 122 countries have committed to translating this global target into country-specific targets and actions. Some 43 countries, including India, have finalised the document, while 79 are in the process. Markus Repnik, managing director, Global Mechanism of UNCCD, says these actions will generate multiple benefits, from climate change mitigation and adaptation to zero hunger; from ensuring access to clean water to creating decent work and green jobs.

But not many are hopeful. “None of the countries have set numerical targets for LDN,” informs a highly placed official with India’s Union Ministry of Environment, Forest and Climate Change (MoEFCC). For instance, India’s LDN target, released just a few weeks ahead of COP14, says:

“By 2030 India commits to halt any further land degradation and rehabilitate at least 30 mha (million hectares) degraded wasteland, forest and agricultural land (covering 10 mha each) out of the total 96.4 mha of degradation land.”

Union Minister for Environment, Forest and Climate Change Prakash Javadekar, however, quoted a much lower target of 5 mha on August 28, 2019.

The document identifies a few critical and contentious issues, such as “restoring productivity of different land cover classes and land-use classes”, “improving farm incomes” and “resolving land tenure and equity related issues” as priority and focus areas. But it does not say how these changes would be brought about.

“What is written in India’s LDN policy is obscure and largely meaningless bureau cratic verbiage that will leave India worse off than before—socially, economically and environmentally,” says Allan Savory, president, Savory Institute, USA, that promotes holistic management. “A vague LDN target allows governments to implement it in a way that suits them and may not be in line with UNCCD goals,” says the MoEFCC official.

UNCCD prescribes a range of sustainable land management measures so that LDN con tributes to and benefits from the achievement of other multilateral agreements like the UN Framework Convention on Climate Change and the Convention on Biological Diversity But countries appear to be keen on restoration of land through plantations.

With growing awareness of economic costs of land degradation — which represents a reduction of 10-17 per cent of global GDP a year—political leaders are adopting ambitious targets to restore degraded forests and agricultural land, says Chris Reij, Senior Fellow of the World Resources Institute (WRI) in Washington.

The Bonn Challenge, launched in 2011, aims to bring 150 mha of the world’s deforested and degraded land into restoration by 2020. In 2014, at the UN Climate Summit, countries extended this target to 350 mha by 2030 under the New York Declaration on Forests. These global commitments have spurred regional efforts.

Such large-scale plantation projects are not only expensive but are often mired in controversies, particularly in dryland areas which is home to most of the world’s poor. 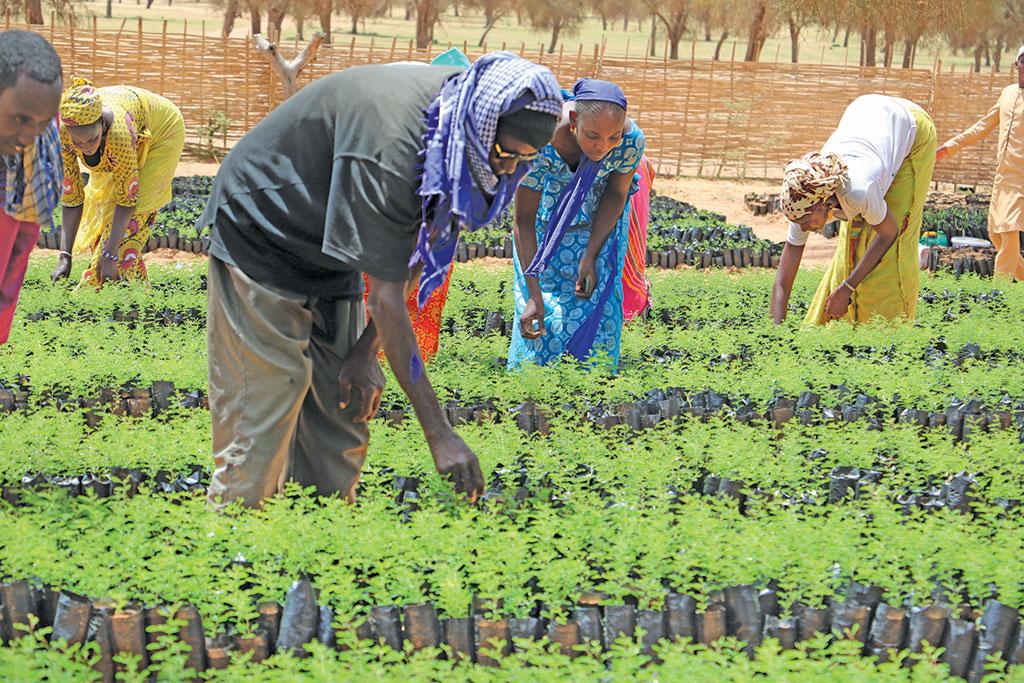 On June 17, addressing a workshop on national LDN target, Saibal Dasgupta, India’s additional director general of forest, emphasised the need to do more plantations to prevent land degradation. Some 30 per cent of the country’s landmass is under degradation. Dasgupta said at the current rate of afforestation, only 35 million tonnes of carbon dioxide equivalent (CO2e) a year can be sequestered.

This is way less than India’s commitment under the Paris Agreement to increase carbon sequestration through forests by 2.5-3 billion tonnes of CO2e by 2030. Right now 70.87 mha, or 24.39 per cent of the country, is under forest cover. To meet Paris Agreement, an additional 25-30 mha needs to be brought under it. Another 21 mha of forestland needs to be restored under Bonn Challenge. Is there enough space for the trees in the land scarce country?

Reality can be gauged from what Siddhanta Das, director general of forests and special secretary to the Government of India, MOEFCC, has said in Bonn Challenge and India Progress Report-2017: “To bring a minimum of one-third of the total land area of the country under forest and tree cover, an additional 27.8 mha of land area need to be brought under green cover... we need to start looking beyond designated forestlands and business as usual scenarios.”

To overcome this land shortage, it seems, the government is eyeing degraded forest land, which is home to millions of people.

To make up for the loss of forests cleared for industrial, infrastructure or other non-forest projects, the Compensatory Afforestation Fund (CAF) Act, 2017, allows afforestation on an equal size of revenue land elsewhere. Until February this year, afforestation was allowed on degraded forest land only if revenue land was not available.

In that case, the degraded land will be twice the size of the forestland diverted. But that month, MoEFCC brought in a notification under CAF, allowing compensatory afforestation in fore stland where crown density is less than 40 per cent. The Forest Survey of India (FSI) classifies forests with crown density between 40 and 10 per cent as “open forest”.

According to its latest biennial assessment, State of Forests Report 2017, open forest is second-largest category in the country, spanning over 30 mha. This is 9.18 per cent of India’s landmass or 42 per cent of the forest cover. While opening up of this huge area for plantation works can help the country meet its international commitments, it also opens a Pandora’s box of land tenure conflicts.

The country has some 300 million people who traditionally live in and around forests or depend on it for a living. While The Scheduled Tribes and Other Traditional Forest Dwellers (Recognition of Forest Rights) Act, 2006 recognises their rights over forestland, claims are pending for some 2.4 million people, says the Union Ministry of Tribal Affairs.

Each of them are eligible for at least 4 ha, it says. A case is now pending with the Supreme Court, in which non-profit Wildlife First has challenged the court’s order, evicting tribals from forestlands whose FRA claims are yet to be settled. The Supreme Court order came soon after MoEFCC introduced the CAF notification.

Another area the government is eyeing is trees outside forest areas. “The country has some 10 million ha of culturable waste land,” informs the MoEFCC official. “We are trying to empower people and institutions through monetary incentives, improving access to market and reducing regulatory red tape, so that these areas can be brought under plantations.”

Last year MoEFCC released the Strategy for Increasing Green Cover Outside Recorded Forest Areas, which says wasteland, fallow land and other degraded lands should be the focus area of afforestation activities. "Plantations would be the interv ention of choice for combating desertification as there is big money available for it just like in compensatory afforestation fund and the Green India Mission,” says Rohini Chaturvedi of Global EverGreening Alliance. 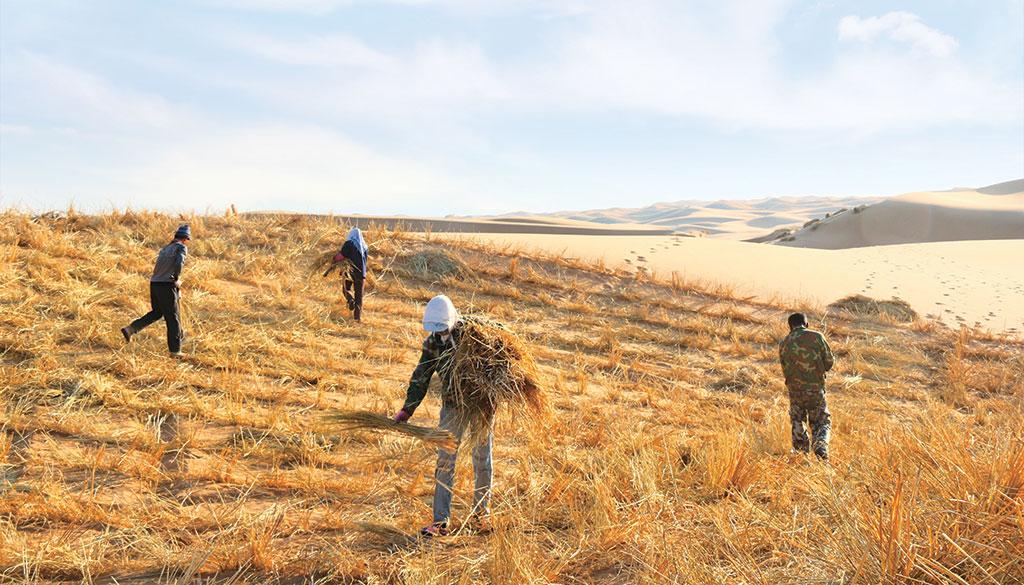 Savory says plantations cannot reverse desertification for a number of reasons. Planting trees is not a bad practice in regions that receive reliable rainfall. Unfortunately trees provide a good soil cover only at places where rainfall is above 500 or 600 mm. And most of the world’s desertifying land receive rainfall below this level.

Besides, planting trees does not address the cause of either desertification or climate change. Since trees are part of the ambient carbon cycle, carbon remains stored in them only until they die. Savory’s claims are not unfounded.

Countries in Africa have been trying to create a barrier of trees, the Great Green Wall (GGW), across the Sahel region to stop the Sahara desert from expanding. Some 80 per cent of the people in this region depend on rain-fed agriculture.

Though the origin of the idea goes back to the colonial times, it could never bear fruit for the simple reason that plants did not survive in the absence of adequate water and care. Even in 2007, when the African Union approved the project, it had faced a great deal of criticism. A clear vision emerged five years later.

“GGW is no longer about planting a belt of trees across Africa from Senegal to Djibouti, but about introducing sustainable land management practices to improve livelihoods of rural people. It is also no longer confined to a narrow belt in areas with less than 400 mm of rainfall. A more appropriate name would now be Great Green Landscapes,” says Reij, who is the facilitator of WRI’s African Re-greening Initiatives.

Though GGW has not yet fulfilled the expectations it created, one of the major successes can be found in Niger where smallholder farmers have protected and managed woody species that regenerate naturally on their farms. This has led to the creation of new agroforestry parklands on 5 mha.

Farmers have added 200 million new trees to their farming systems not by plan ting trees but by protecting and managing natural regeneration. The restored land now delivers an additional 500,000 tonnes of grain a year, enough to feed 2.5 million people. Such stories are abound Mali, Burkina Faso, Senegal, Ethiopia and Malawi.

Communities have also played a major role in China, which has a quarter of its land under deserts. Degraded land spans 800-1,000 mha of the country and is responsible for economic losses to the tune of $6.9 billion a year. But this experience has also made the country a global leader in greening desert.

In Ningxia autonomous province, the authorities have tamed the Tengger desert by roping in a million people from local communities for implementing measures like covering dunes with straw checkboards. Remote sensing analysis shows wind erosion has reduced — from 163,530 ha in 2000 to 111,440 ha in 2010.

But 2030 appears to be a challenging year for China. The youth have already migrated and it’s difficult to ignore the greying hair of workers involved in restoration programme. Will this ageing workforce be able to keep desertification in check?

This was first published in Down To Earth's print edition dated 1-15 September, 2019