Largest cruise ship to Arctic could set a wrong precedent 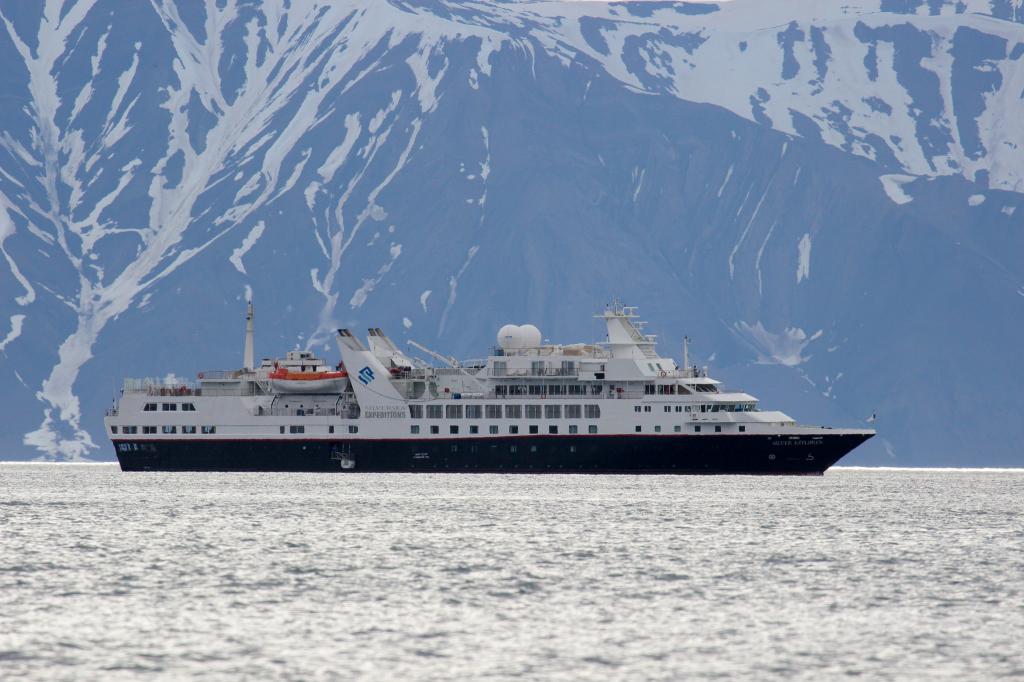 This summer, 1700 people will go on a 32-day luxury voyage to Arctic. Thanks to Crystal Serenity—a luxury liner—the first large-scale luxury trip in one of the biggest passenger ships is going to be a reality. Starting from Alaska on August 16, 2016, the ship will sail through the famous route – The Northwest Passage—and travel 1,500 km across the Canadian Arctic, before reaching New York on September 17.

The official website of Crystal Serenity describes the “ultimate expedition” with these words: “Discover the rugged majesty of the Pacific Northwest—vast landscapes of towering fjords, magnificent glaciers and rare wildlife sightings as you learn the Arctic culture and its fascinating people.”

For those who don’t know, the Northwest Passage—a shortcut from Asia to Europe through the Canadian Arctic—first became completely clear of ice in the summer of 2007. Global warming has triggered a rapid rise in the number of ships travelling through Arctic waters in recent years.

The European Space Agency, on September 14, 2007, stated that ice loss had opened up the historically impassable passage. Six years later, the first large sea freighter, MS Nordic Orion, used the passage. Increased shipping routes are posing a major threat to Arctic sustainability. “If we wait until we have thousands of tourists going up there, it’s going to be too late,” says Alain A. Grenier of the Université du Québec à Montréal.

UK government leases out its research ship to break ice

Since the route is not completely ice-free, the company behind the voyage has chartered an ice breaker, RRS Ernest Shackleton, from the British Antarctic Survey. It will accompany luxury liner's voyage in the Arctic. Funded by the UK government, the vessel is used as a logistic support and research ship for scientific activities in the Antarctic. According to critics, a vessel dedicated to science should not help promote tourism in the Arctic, acknowledged as a region highly vulnerable to climate change.

Michael Byers from the University of British Columbia considers this a “terrible” irony. Byers had declined an invitation to give a series of lectures to passengers during the trip as he believes that this summer trip will only encourage others. According to him, "This voyage is a significant contribution, at least on a per capita basis, to climate change by people who are going to see an ecosystem before it is destroyed by climate change.”

Concerns over per capita carbon footprint

Crystal Cruises has assured precautions to ensure minimal impact on a fragile environment. While both the ship and the ice breaker will use low-sulphur diesel, rubbish will be either stored or incinerated on board. Moreover, waste water will not be discharged before ship has gone at least 12 nautical miles away from shore.

While environmentalists applaud these efforts, they are concerned over myriad other possibilities apart from the encouragement for tourism on a wider scale. Oil spills is one of them. In 2004, when a much smaller cargo ship ran aground and broke apart in Alaska’s Aleutian Islands, 1.2 million litres of fuel oil was spilled. A cruise ship of Crystal Serenity’s size carries more fuel oil than that. Moreover, the route charted out for the ship is remote and lacks oil-spill cleanup equipment. Hence, in case of any untoward incident, environment will be the casualty.

Arctic cruises are considered a form of “extinction tourism” wherein people travel to see a species or culture before they become extinct. Imagine the irony: a group of people traveling thousands of nautical miles to meet endangered species and culture while contributing to the causes accelerating their extinction.

In case of Crystal Serenity, the emissions associated with the voyage will be huge: On board the ship, each passenger will leave a carbon footprint while the ship will burn fuel oil for propulsion, heat and electricity as it will travel great distances. What’s most unappealing about this Arctic expedition is the fact that tourists, as a part of the itinerary, will visit remote communities in the Arctic. These poverty-stricken people, living in poverty, have endemic tuberculosis and sky high rates of diabetes.

Curious case of Finnish Lapland and growth of Arctic tourism

Tourism is one of booming industries in the "city right on the Arctic Circle". While the tourist operators in the northernmost region of Finland are focusing on how to maintain steady flow of tourists throughout the year and encourage them to return, experts on Arctic ecology have flagged their concern.

Ilona Mettiainen, researcher of Arctic Centre of University of Lapland, said excessive growth of tourism may have adverse impact on region’s amenity values or biodiversity. It may also lead to competition on land-use between local residents' livelihoods and tourism facilities. Hence, there’s nothing to cheer about the claim made by Rauno Posio—member of the Arctic Economic Council. He is optimistic that the number of international tourists will double by 2050 and the Arctic tourism will witness a positive trend.

Thinning of ice cover and its impact on Northwest Passage

Climate change is advancing quickly and it’s melting sea ice at a rate faster than ever, upsetting a food chain based upon plankton and Arctic cod that live in cracks and crevices under the sea ice. As the ice melts due to increasing human intervention, beluga whales, polar bears and other species that sustain on these planktons look for other ways to survive.

Reduced sea ice in the Northwest Passage has forced some species to migrate across the Arctic Ocean. Accelerated melting of the earth's polar caps due to global warming has re-introduced gray whale in the Atlantic. It wasn’t seen in the Atlantic ever since it was hunted to extinction in the 18th century. Scientists speculated the whale had to come this far in search of its food sources. In fact, a plankton species, Neodenticula seminae, which had not been seen in the Atlantic for 800,000 years, is increasingly seen there. The re-introduction of a species into any ecosystem is a potentially disruptive phenomenon.

Those who have paid a fortune to travel on the 14-deck luxury liner need to do everything to reduce their carbon footprint. The Arctic is beautiful and the prospect of witnessing icebergs, polar bears, and aurora borealis is tempting.  But this kind of beauty is to be admired from a distance, or else, it wouldn’t last. The time for climate-conscious vacation has come.