Lightning strikes linked to climate change: 1,697 killed in a year in India 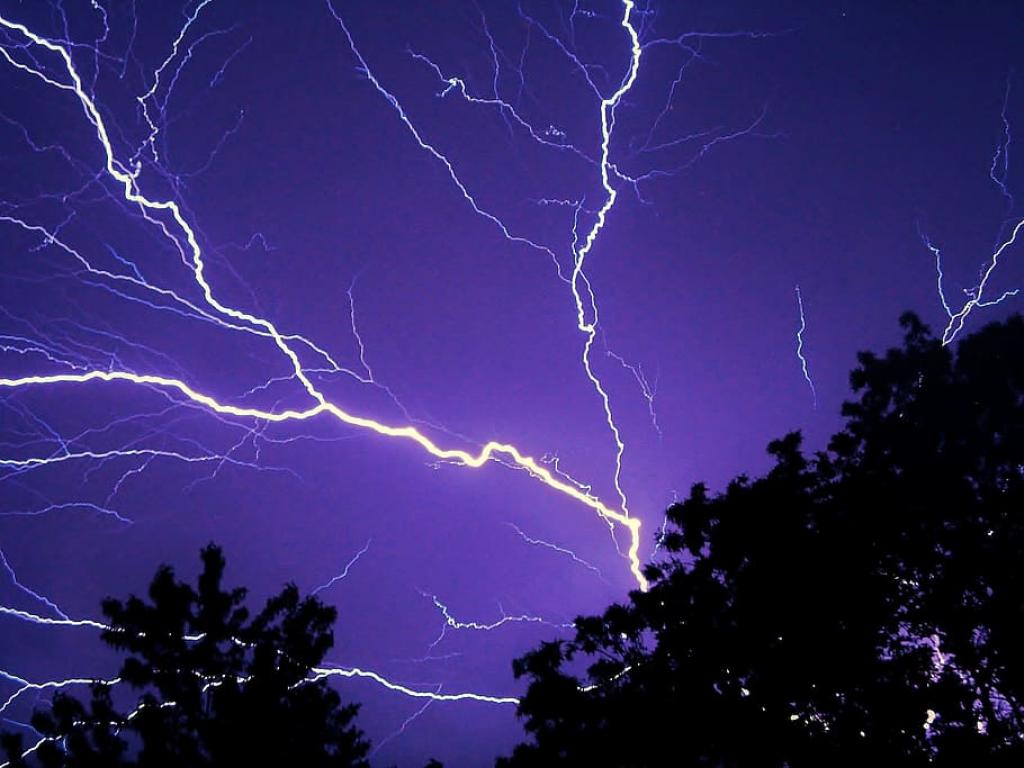 Climate change may be sparking more lightning across the world, and there is an increasing scientific evidence pointing to the trend.

The rise in incidences and intenstity of lightning strikes in Brazil could be due to global warming and the growth of major urban centers, a study by the Atmospheric Electricity Group and published in Geophysical Research Letters in 2020.

According to a pre-print accepted for journal Atmospheric Chemistry and Physics recently, the frequency and intensity of lightning strikes in India are expected to increase by 10-25 per cent and 15-50 per cent by the end of this century. Coastal areas may be at the highest risk.

An increase of one degree Celsius would increase the frequency of lightning strikes by 12 per cent, warned California University in a study published 2015.

A study published in Geophysical Research Letters in March 2021, too, has established links between climate change and rising incidences of lightning in the Arctic region.

Monitoring of lightning for climate science and services was limited. Hence, lightning was added to the Global Climate Observing System’s list of Essential Climate Variables in 2016

In 2017, Atmospheric Observation Panel for Climate was asked to create a task team: A majority of evidence on natural time scales showed an increase of lightning with warming, though that is not finally proven, experts concluded in the first meeting of the Glocal Climate Observing System Task Team on Lightning Observations for Climate Applications (TTLOCA), 5-7 February 2018.

The main aim of the task team was to identify the potentials and challenges for lightning as climate variable and propose a plan on how to establish operational monitoring of lightning for climate applications.

Urbanisation, increased population and a warmer climate guarantee an intensification of the human exposure to lightning hazard, according to a research paper published in Geophysical Research Letters, 2018.

A research in 1994 predicted a 5-6 per cent increase in lightning strikes per 1°C, with the exact magnitude dependent on the geographical location, season and diurnal cycle

An increase in lightning incidents may be directly related to the climate crisis, and the availability of more moisture over land due to warming, according to SD Pawar, project director, thunderstorm dynamics, Indian Institute of Tropical Meteorology, Pune.

For three years, the scientists have studied the concentration of cloud condensation nuclei (CCN are tiny droplets or cloud seeds on which water vapour condenses) in different weather conditions in the Central Himalayan region and have found that there is a five times higher concentration of CCN in the atmosphere during forest fires as against during rains.

This means there is more condensation during fire events, which explains excessive rainfall after forest fire events, they say in the June 30 edition of Atmospheric Environment.

In May 2021, researchers in Australia linked excess CCN to the increased number of lightning strikes during the 2019-20 Australia forest fires.

As many as 18.5 million lightning strikes were recorded in India between April 1, 2020 and March 31, 2021, according to India’s second annual report on lightning released by Lightning Resilient India Campaign (LRIC) recently.

LRIC is a joint initiative of Climate Resilient Observing-Systems Promotion Council ( CROPC), National Disaster Management Authority, India Meteorological Department (IMD), Union Ministry of Earth Science, World Vision India, UNICEF among others. The campaign aims to reduce the number of deaths to less than 1,200 a year by 2022.

At least 156 people died in Odisha, which accounted for over 13.5 per cent of the total lightning strikes in 2020-21. The state witnessed over 2 million strikes during this period.

But states like Odisha and Andhra Pradesh were able to reduce fatalities by almost 70 per cent in a short time, the report noted.

The lightning incidents recorded during the period revealed that seasonality of lightning was different for different states. Andhra Pradesh, for example, recorded maximum incidences in June 2019 and October 2019.

Bihar recorded the maximum incidences in September 2019; and Odisha in June 2019.  It was thereby important that lightning risk management programme for each state was customised according to the seasonality, intensity and frequency of lightning, the report noted.

Within each state, the seasonality and severity may vary for different areas viz coastal, hilly, river basin, urban and industrial areas, flagged the annual report.

States should undertake lightning micro-zonation for the regions depending on their geography to handle the disaster and death risks better, the report suggested.

This decrease, the report claimed, was due to the dedicated efforts efforts by the governments of the most-vulnerable states: Odisha, Andhra Pradesh and Bihar. However, 87 lives were lost in incidents of lightning strikes across Bihar on June 25, 2020.

Annual Lightning Report 2020-2021 contained the map of lightning strikes over India and all 37 states and Union territories. The rise in fatalities due to an increase in frequency and intensity lightning strikes prompted the IMD to start lightning forecasts from April 1, 2019.

The campaign, through multi-stakeholders engagement at national and state level with governments, academia, non-profits and communities, has been successful in bringing down deaths by more than 60 per cent within two years, the report claimed.