Look back at the decade: Climate collapse

At the beginning of the second decade of the millenium, the world took a step backwards 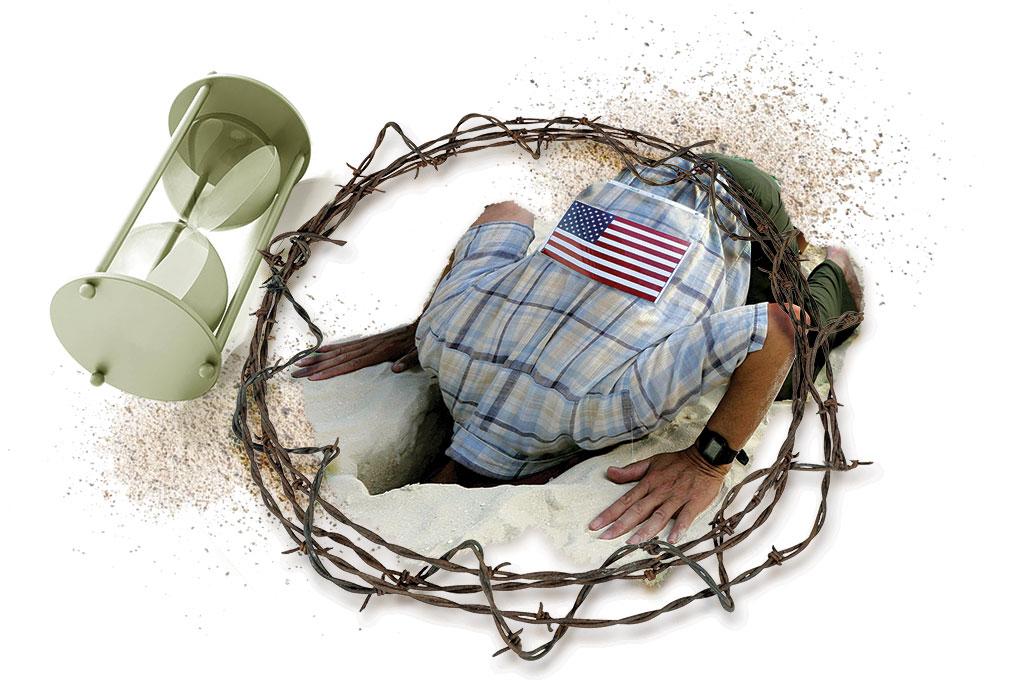 Since the Cancun meeting of the Conference of Parties to United Nations Framework Convention on Climate Change in 2010, global emission reduction has been losing the steam. Climate negotiations have just become climate talkies. It is no more a multilateral effort.

How we let the culprits go

The new deal in Cancun (the Conference of Parties (CoP 16) to the United Nations Framework Convention on Climate Change) erases the difference between developed and developing nations. Developed countries no more have to commit legally to cut emissions. And what they pledge to do voluntarily is too little. On the other hand, developing countries will now have to take on binding commitments. While developing countries share the burden of cleaning up, financial and technological help the rich promised them remains just a promise.

World leaders applauded the Cancun agreement even though it violated the right of developing countries to grow with an equal access to global carbon space. Bolivia was the only country that pointed out the inequity. When its ambassador to the UN, Pablo Solon, called the deal a step backward, others booed him. Industrialised countries, along with a few emerging economies, pulled the biggest coup in the history of climate change talks: science and the principle of equity were brushed aside.

The Cancun agreement ignored ambitious targets of greenhouse gas reduction to arrest average global temperature rise below 2°C—the guardrail fixed by the Intergovernmental Panel on Climate Change (IPCC) to avoid catastrophic impacts of the climate change. The agreement recognises that increase in global temperature cannot exceed 2°C (and also recognises the need to review whether the world should try keep it below 1.5°C) but it provides no road map for reaching this goal. It fixes no emission reduction targets for the developed countries, collectively, and there is no mention of a year when the world emissions should peak before starting to decline. On the contrary, it gives additional space to developed countries, especially the US, to increase emissions further.

What it does is legalise the voluntary “pledge and review” mentioned in the Copenhagen Accord. Now countries are allowed to set their own domestic targets in the form of pledges. The developed countries’ pledges will be measured, reported and verified (MRV) but will not invite penalties if they are not met. The Cancun agreement has also changed the basic rules for combating climate change forever; it has shifted the burden of emissions reduction from developed to developing countries. Against weak pledges by developed countries, developing nations have pledged to reduce emissions intensity significantly. India has pledged to reduce by 20-25 per cent below 2005 levels by 2020.

The industrialised countries that should have led in the emissions reduction will get away by cutting comparatively less emissions than the developing world. While they cut 0.8-1.8 Gt by 2020, developing countries pledge to cut their emissions by 2.8 Gt. The cost of meeting these targets could prove too expensive for poor countries. It might hinder the UN millennium development goals, which include eradication of hunger and poverty and environmental sustainability. The US, which is yet to commit to how much emissions it will cut, has the most to gain from the agreement. With the highest historical emissions, it needs to reduce 40 per cent of its greenhouse gas emissions by 2020. But it will get away by reducing zero per cent over its 1990 levels.

World leaders, on paper, committed themselves to limiting global warming to 2°C, considered a safe level of warming. But the pledges, made by countries over the past year under the Copenhagen Accord, that is now part of the Cancun agreement, won’t be enough. Going by the pledges, the temperature rise in this century may be somewhere between 3°C and 3.9°C. Small island states and countries most vulnerable to climate change impact argue even 2°C temperature is too high and that global warming should be limited to 1.5°C.

What happened in Cancun? What made the poorest and most vulnerable countries, who had vehemently opposed the Accord in 2009, to agree to the Cancun agreement? To understand this one has to understand what happened in Copenhagen and in the period between Copenhagen and Cancun. It is important to understand that domestic politics of Kyoto-renegade US demanded a non-binding agreement with full and complete participation of countries like India and China. This meant that the US could not afford to continue with the two-track UNFCCC negotiations and needed a new agreement that had no legally binding emissions reduction obligations as well as brought India and China into the agreement. This was the genesis of the Copenhagen Accord.

Also in the decade

UNFCCC reaches the milestone of 25th year. But a milestone indicates the distance travelled, not the pace at which it has been reached. The Convention is still struggling to find a way out of this century’s biggest developmental challenge: climate change.