Negotiations on loss and damage signal a weak deal 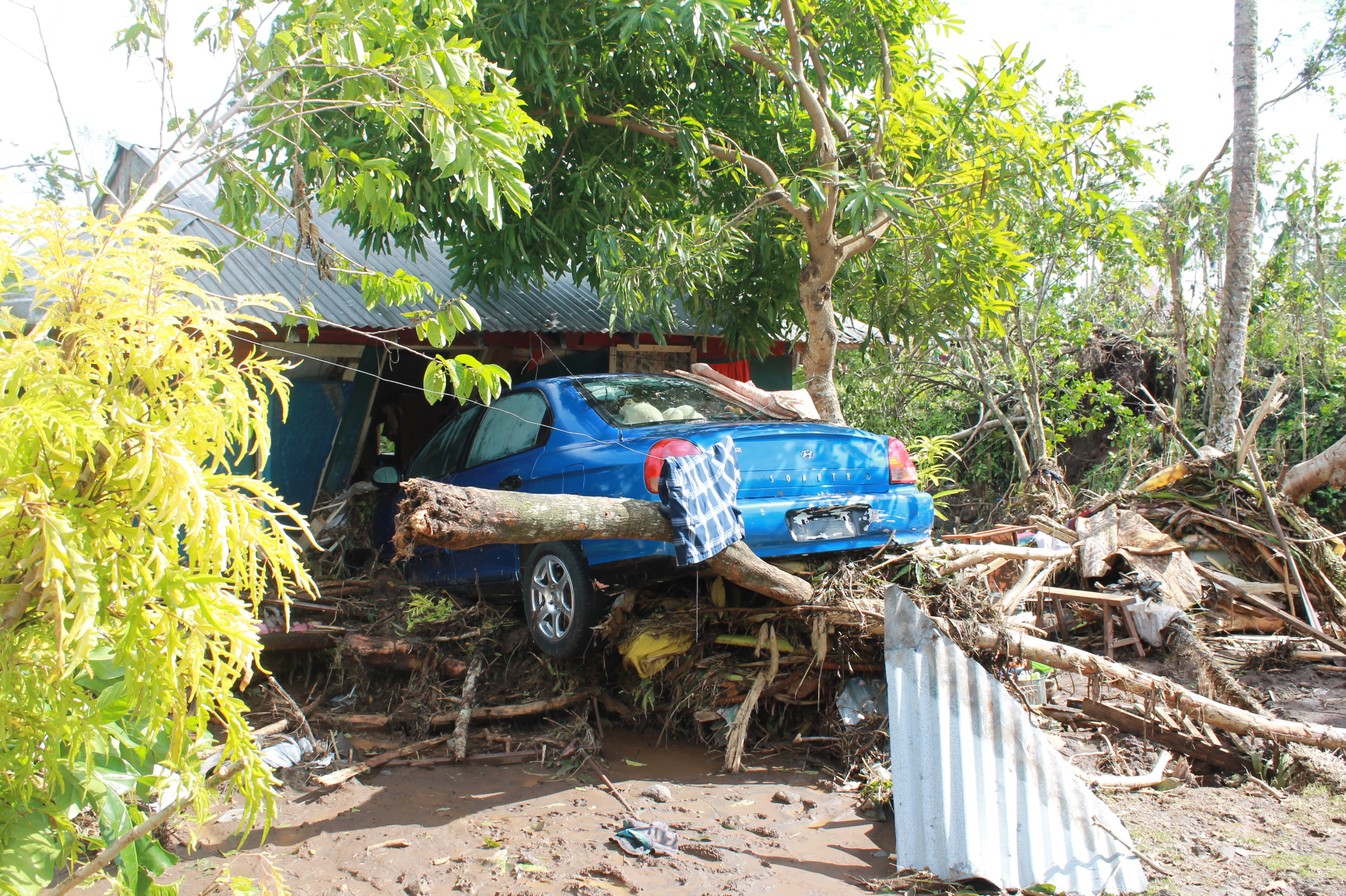 The developing countries, especially the small island nations, having been crying hoarse to pitch the issues related to loss and damage being incorporated a part of the Draft Outcome of Paris, the legal text which will be the mandate from here on. But the discussions centered around loss and damage have been riddled with tension (among the developed and developing countries) and contention (in terms of the clauses and language that keep moving in or remain in brackets due to a lack of consensus) from the first week of the climate negotiations at the CoP 21 in Paris.

If we look from the context of loss and damage, the different versions of the text have been diluted and watered down considerably.  Friday night saw no negotiations at all. This gives some sense of lingering hope to civil society as they would like to push for a stronger agreement. But interestingly, even the northern and southern civil society organisations and media seem to express divergent opinions. This grows stark when it comes to opinions and discussions on legal implications of liability and compensation are expressed. In the Version 1 released on December 9, 2015 at 15:00 hours (Paris time) liability and compensation were completely off the table!

Expressing a strong dissatisfaction to the second version of the near final draft of the CoP 21 agreement, Adriano Capolina, ActionAid Chief Executive said, “By including a clause for no future claim of compensation and liability, the US has ensured people suffering from the disastrous impacts of climate change will never be able to seek the justice owed to them.”

During the first week of negotiation, hearsay in the climate corridors had indicated that developed countries, including the US and EU, were pitching for a trade-off  between loss and damage from vulnerable states in return for recognising a lower 1.5 degree Celsius warming goal in the deal. But after a much strong reaction from developing nations, the issue was dropped. Enele Sopoaga, Tuvalu prime minister was among those who clearly said that the two issues were not connected.

A quick analysis of the different versions of the draft text by the Centre for Science and Environment teases out the dilution in language and a steady weakening of the deal.

The revised draft conclusions proposed by the co-chairs which was released on December 5, 2015 had proposed two options as a part of the Draft Agreement, which had placed a serious concern on the developing countries, if loss and damage was to be a separate article (Article 5 for Loss and Damage) or “a part of Article 4 alongside adaptation provision” in the draft outcome.

This was just the reflection of the previous discussions which had progressed during the Ad-Hoc working Group Sessions under the Durban Platform prior to the CoP 21.

Needless to say, there was much negotiation during the first week which resembled nothing less than a tug-of-war between the developed and developing nations.

The Draft Text on CoP 21 agenda, Version 1 of December 9, 2015 released at 15:00 still had most of the text in brackets indicating that not much consent been generated during negotiations within the first week. Also, since there was no mention of liability and compensation in the text at all, it elicited a lot of criticism and disappointment from civil society, media and negotiators of the Southern nations.

The terms “liability” and “compensation” did find mention in the following Draft Text Version 2 but it was only to specify that the US and EU were not taking any responsibility of the same. In short, liability and compensation were simply ruled out.

Version 2: what does it say now?

The Draft Text on CoP 21 Version 2 of December 10, 2015 released at 21:00, has had fewer brackets since the previous text. There seemed a clear agreement about the continuation of the Warsaw International Mechanism for Loss and Damage associated with Climate Change Impacts. But there is a catch to it. This will be followed subject to condition of a “review” which include the “modalities and procedures” for the “operation” of the Warsaw mechanism in 2016. One begins to wonder what more dilution would be spelled out in the name of operationalising of the mechanism post its review in the coming year.

US President Barrack Obama had pledged US $30 million for climate risk insurance at CoP 21  during the negotiations  last week, to support the Pacific Catastrophic Risk Assessment and Financing Initiative and the African Risk Capacity programme.  Germany had pledged (in June) 150 million Euros for the same programme.

With developed countries making separate pledges for insurance and risk management aside of the UN convention, the question that arises is will their contribution remain just as benevolent within the Warsaw Mechanism in the future or will it fall short in standards and restrict itself to a case of skewed responsibility to a selective few countries based on business interest.

The Draft Decision in Version 2 of the near final draft text, also reflected lack of consent over issues of “displacement, migration and planned relocation” caused due to climate change.

The building pressure of the developed countries over the rest within the United Nation Convention was most evident with the Draft Agreement having been moved to the Annex in Version 2.

The Paragraph 3, Article 5 (on loss and damage) of the Annex ,i.e. the Draft Agreement within Version 2 of the Draft Text, was the last nail in the coffin for a weakened deal which the developing countries would have to put up with if this text is to stand as the final draft.

Paragraph 3, leaves no scope for doubt or hope for the vulnerable population of the world. It conveniently absolves the developed countries of any responsibility with respect to liability and compensation for the adverse impact of climate change which is a result of the excessive emission of these countries in the past.

As mentioned in the text:

“Parties shall enhance action and support, on a cooperative and facilitative basis, for addressing loss and damage associated with the adverse effects of climate change, and in a manner that does not involve or provide a basis for liability or compensation nor prejudice existing rights under international law”.

This Draft Adoption of the Paris Agreement as released today, has sealed the fate of the least developing countries along with the other developing countries. The near final draft has moved further away from any chance of redemption for those who would be forced to migrate or would be displaced due to adverse climate events. There is a mere mention of developing “recommendations for integrated approaches to avert, minimise and address displacement related to the adverse impacts of climate change”.  How would a person who is living with the fear for life and livelihood due to the repeated onslaught of climate extremes cope while there are “recommendations” are being placed in the following Conference of Parties (CoP) to come?

It further states that Article 8 (listing out the details on loss and damage) of the Agreement “does not involve or provide a basis for any liability or compensation”.   To put it in a nutshell, its game over for liability and compensation.

As far as the loss and damage section of the different versions of the Draft text goes, although it might be the first time that it has been included in the Draft Text, it has been nothing short of a big disappointment. And what will be signed in the end although remains to be seen (just yet) are trailing towards nothing less than a climate catastrophe in itself.