Although the average rainfall has reduced over the last 60 years, the day to day variability in rainfall during monsoon months has increased 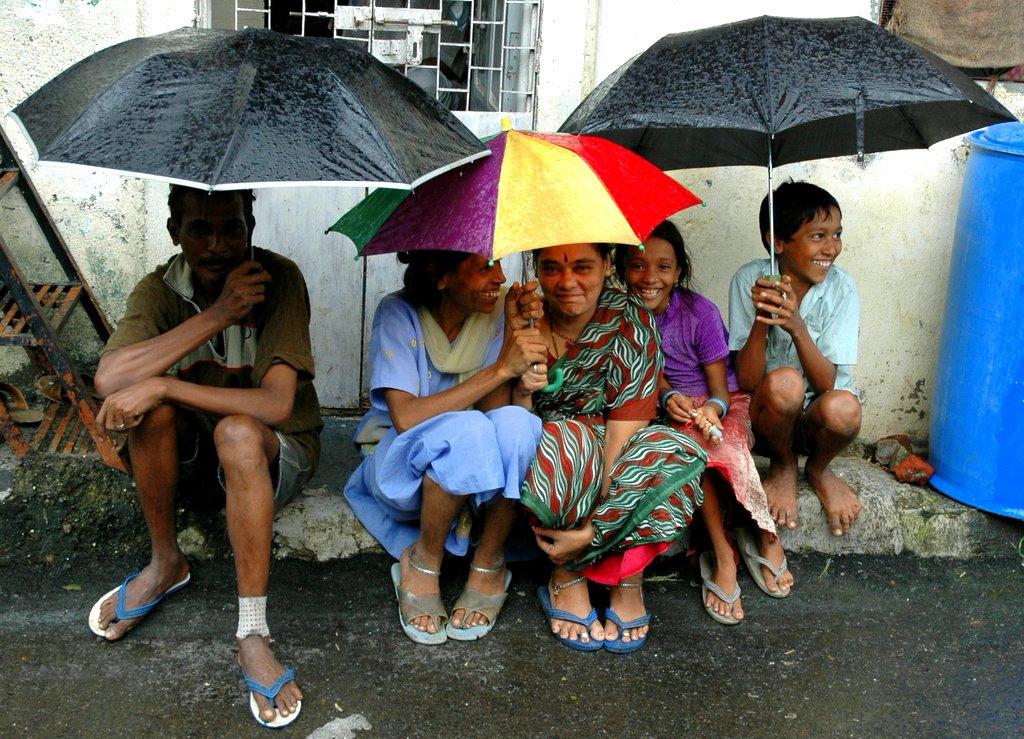 A number of states in India witnessed extreme precipitation events in the first-half (June 1-July 31) of the southwest monsoon season, leading to sporadic flood-like occurrences in select districts of Assam, Bihar, Rajasthan and Madhya Pradesh, although rainfall for the country as a whole was normal, registering zero per cent departure from the Long Period Average.

Between June 1 and August 1, 2016, 240.4 mm rainfall was recorded in Rajasthan. This is 17 per cent higher than the 205.7 mm expected in the state at this time of the year. Twenty-one of 33 districts in the state have reported an “excess”, that is, a 20 per cent or more departure from normal. These include Kairauli, Jhunjhunun, Rajsmand, Udaipur, Tonk, Jaipur, Dausa, Dholpur and Baran, among others. In mid-July, heavy rainfall in Kairauli also led to the release of excess water from the Panchana dam, as 53 villages were put on red alert and the army was summoned to help with rescue and relief operations. In the last 24 hours, Chittaurgarh district witnessed an astounding 458 per cent rainfall in excess, followed by Nagaur, which witnessed 327 per cent in excess.

In the northeastern state of Assam, floods have affected more than 7000 hectares of crop and claimed more than 29 lives. While the cumulative rainfall for the state in the two-month period was deficient (20 per cent less than normal), Chirang, Golaghat, Lakhimpur, Jorhat and Bongaigaon districts have reported positive deviations from normal, such as 40 per cent higher in Chirang.

Further, Madhya Pradesh received 604.8 mm rainfall as against the 445.4 mm, which is normal for the period between June 1 and July 31. Twenty-six of 50 districts in the state reported excesses, some of which were as high as the 119 per cent for Hoshangabad. More than 24 people died as a result of the heavy rains and resultant flood-like situation.

As the waters recede, state governments and central disaster response teams resort to the usual restoration rhetoric: In Madhya Pradesh, directives were issued to the Public Health and Local Administration departments to make arrangements for safe drinking water and ensure control over water-borne diseases “at war-footing”. In Assam, there are projects to strengthen the embankments of the heavily silted Brahmaputra. However, despite repeated warnings about extreme rainfall events and the resultant flood-like situation, destruction and loss of lives have become inevitable.

In 2013, the fifth assessment report of the Intergovernmental Panel on Climate Change warned India of an increase in floods and droughts, in view of an overall decline in seasonal rainfall, coupled with increase in extreme precipitation during the monsoon. A decline in monsoon rainfall since the 1950s has already been observed. According to the IMD’s 2013 report on state-level climate change trends, a decreasing trend in monsoon rainfall has been observed over Andaman and Nicobar Islands, Andhra Pradesh, Arunachal Pradesh, Assam, Chhattisgarh, Delhi, Goa, Haryana, Himachal Pradesh, Jammu and Kashmir, Kerala, Madhya Pradesh, Maharashtra, Manipur, Nagaland, Orissa, Punjab, Rajasthan, Sikkim, Tamil Nadu, Tripura, Uttar Pradesh and Uttarakhand.

There is also an increasing amount of evidence pointing towards an increase in the number of heavy rainfall events. In 2014, Deepti Singh, a graduate student at Stanford University, and her colleagues analysed daily rainfall records published by the IMD since 1951. Although the average rainfall has reduced by 1mm per day over the last 60 years, Singh notes, “the day to day variability in rainfall during these months has increased, leading to periods of heavy rainfall or prolonged dry spells.”

There could be numerous reasons behind this, including natural variations. But scientists believe climate change may have a role to play. (As the temperature is increasing, the atmosphere can hold more water vapour. Water vapour being lighter than dry air, the potential for convective instability in the atmosphere increases. Stronger instability leads to stronger convective events and stronger extreme rain events). However, according to Krishna AchutaRao, associate professor at IIT Delhi, more studies are needed to corroborate this correlation.

The outcomes can be scary. According to a World Bank-commissioned study on the likely impacts of rise in temperature, published in 2013, a 2°C rise in the world’s average temperatures will make India’s summer monsoon highly unpredictable, and, at 4°C warming, an extremely wet monsoon that currently has a chance of occurring only once in 100 years is projected to occur every 10 years by the end of the century.

Moreover, the uncertainty in precipitation events is exacerbated, if not directly caused, by rapid, unplanned urbanisation and changing land-use patterns. Between July 29 and 31 this year, traffic came to a standstill in the millennium city of Gurgaon, as drains overflowed and the CM held an emergency meeting to review the situation. Bengaluru had a similar story to tell, bringing back memories of the Chennai deluge of December 2015. India is urbanising at an alarming rate.  According to the Union Ministry of Urban Development (MoUD), 31 per cent of the country was urbanised in 2011 and 50 per cent of the country will be urbanised by 2050.

So, what needs to be done to take stock of the situation? The Postdam Institute for Climate Impact Research, which conducted the 2013 World Bank study, recommends a two-pronged approach: “Improvements in hydro-meteorological systems for weather forecasting and the installation of flood warning systems can help people move out of harm’s way before a weather-related disaster strikes. And building codes will need to be enforced to ensure that homes and infrastructure are not at risk,” it said.