The Punjab government April 12 appealed to the central government to allow relaxation in the norms of shrivelled grains without any value cut, since the farmer had already been penalised on account of lower yield 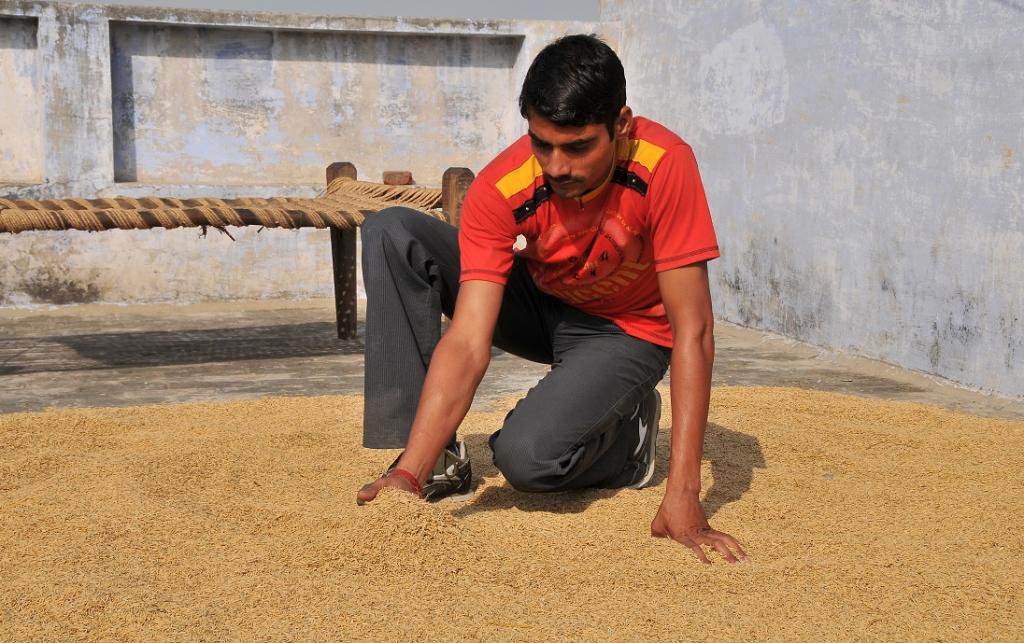 The Punjab government said April 13, 2022 that the Centre has agreed to revise its wheat procurement norms for shrivelled grains, a day after Punjab Chief Minister Bhagwant Mann urged it do to so.

Record-breaking heat this year has left wheat farmers in distress across wheat growing areas in India. The country saw its hottest March in 122 years and it has significantly reduced the yield of the harvested crop and resulted in a change in appearance of the grain.

The Punjab government had sought relaxation in the norms for shrivelled grains after reports emerged of procurement agencies refusing to buy the crop on MSP (minimum support price) due to quality concerns.

Extreme heat in March and April has raised the shrivelled grain percentage to 12-20 per cent as opposed to the Food Corporation of India’s norms of six per cent.

Inderjeet Madan, a farmer from Haryana’s Kaithal district said there had been a 30-40 per cent yield loss in his wheat crop this time. “Usually, the yield is above 20 quintals per acre but this time it is just 15-16 quintals. This is the case with almost all farmers,” he said.

Wheat is a temperature-sensitive crop which requires cool temperature, especially in March when it is at its final stage. But a record rise in temperatures damaged the crop in most areas. Farmers said such impact to the crop due to heat has happened after many years.

PK Kingra, professor of agriculture meteorology at Punjab Agriculture University said March was a crucial month for grain formation and the crop was significantly affected by the temperature conditions.

“During March, when there is low temperature, it is favourable for the wheat crop. When temperature is low, the crop is matured later and there is more time for grain formation, so the yield of the crop increases,” Kingra said.

“But when there is an increase in temperature during March, there is a decrease in crop yield. Because then, the crop matures earlier so it gets less time for proper grain formation,” she added.

Kingra gave the example of Ludhiana city in Punjab. During March, the mean minimum temperature was 15.9 degrees Celsius (°C) as against the normal temperature of 12°C. “This was the highest since 1970,” she said.

Only those farmers who sowed their crops in early October have had a good quality harvest. Those who sowed the crop in the usual season from November and December or those who sowed it late have harvested low yields.

However, Ratan Tiwari, principal scientist, Indian Institute of Wheat and Barley Research said the new heat-tolerant varieties of wheat developed by ICAR (Indian Council of Agricultural Research) have not suffered much impact and only the ones bought from private sources or old varieties are impacted.

But Jaskaran Singh, a farmer from Kothe Ambarhar village in Punjab’s Ferozpur district said he planted three different varieties of wheat crop in his 25 acres but all suffered the same fate.

“All three were new varieties of wheat but all three have low yields. The grain has shrunk and not formed completely. Usually, the harvest happens in the second or third week of April but I had to harvest the crop in that condition because it had matured,” he said.

The Punjab government April 12 appealed to the central government to allow relaxation in the norms of shrivelled grains without any value cut, “since the farmer had already been penalised on account of lower yield.”

The effect of heat on the crop is not limited to Punjab and Haryana and can be seen across the wheat growing belt. There have been reports of low yield in states like Uttar Pradesh, Himachal Pradesh, and Maharashtra.

RS Sengar, professor and head, Department of Agriculture Biotechnology, Sardar Vallabhbhai Patel University of Agriculture in Meerut, Uttar Pradesh, said there may be a possible 5-10 per cent effect on yield per hectare in the state.

But he added that it was difficult to quantify the impact at this stage, before the harvest had been completed.

“Temperatures that used to happen in May were observed in March. This enhanced temperature had an impact on the physiological and metabolic activities of the crop and it got matured 10-15 days earlier. While the crop matured, the grain size remained short,” he said.