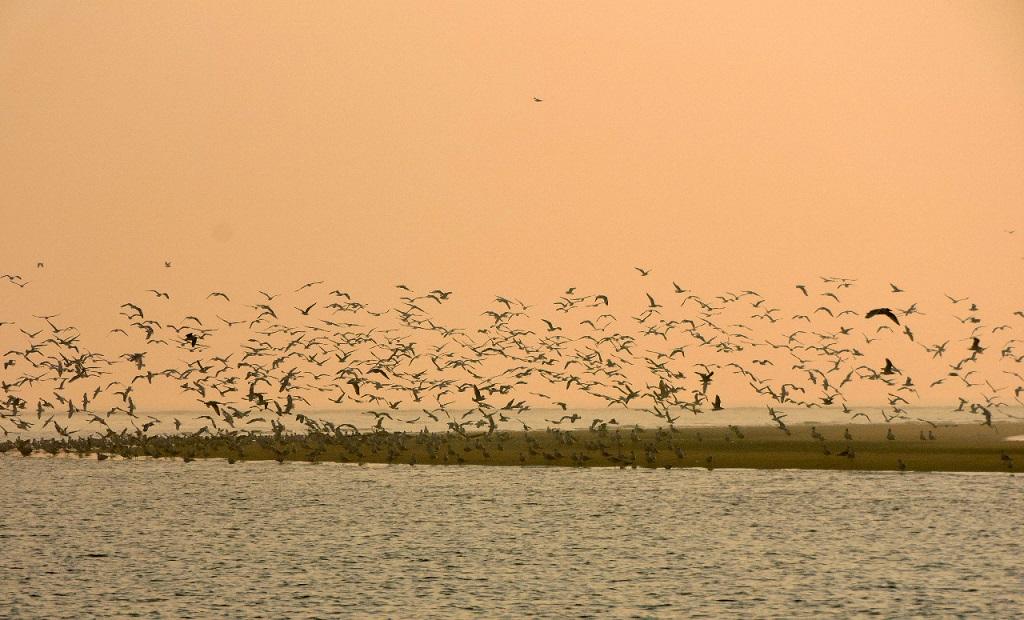 Migratory birds in and around Chilika lake and Bhitarkanika National Park have started their homeward journey a couple of weeks earlier than other years, as temperatures in Odisha began to soar.

Bhubaneswar, located 35 kilometers from Chilika, recorded a maximum temperature of 39.4 degrees Celsius on February 25, 2021. The region’s average maximum temperature for February has gone up by three to four degrees compared to two decades back, said HR Biswas, director of Indian Meteorological Center, Bhubaneswar.

The birds arrive in the region in November and migrate back around mid-March or early April when the temperature hovers around 39 degree Celsius.

This winter, 1,242,826 migratory birds belonging to 190 species arrived at the water bodies around Chilika Lake, Asia’s largest salt-water lagoon and 136,092 birds belonging to 121 species arrived at Bhitarkanika, the second-largest mangrove forest in India. They flew in from places as far off as Siberia, Afghanistan, Iran, Iraq, the Himalayan region and central Europe.

Rising temperature coupled with the decreasing water levels in the lake also contributed to this early migration.

This is because some water birds like ducks can live in shallow water, said S Balachandran a noted ornithologist and deputy director of Bombay Natural History Society (BNHS).