More than 75% of Amazon rainforest near tipping point, may transform into dry savanna: Study

Researchers say it is not too late to act; reducing deforestation will protect the forest’s threatened parts and boost Amazon rainforest resilience 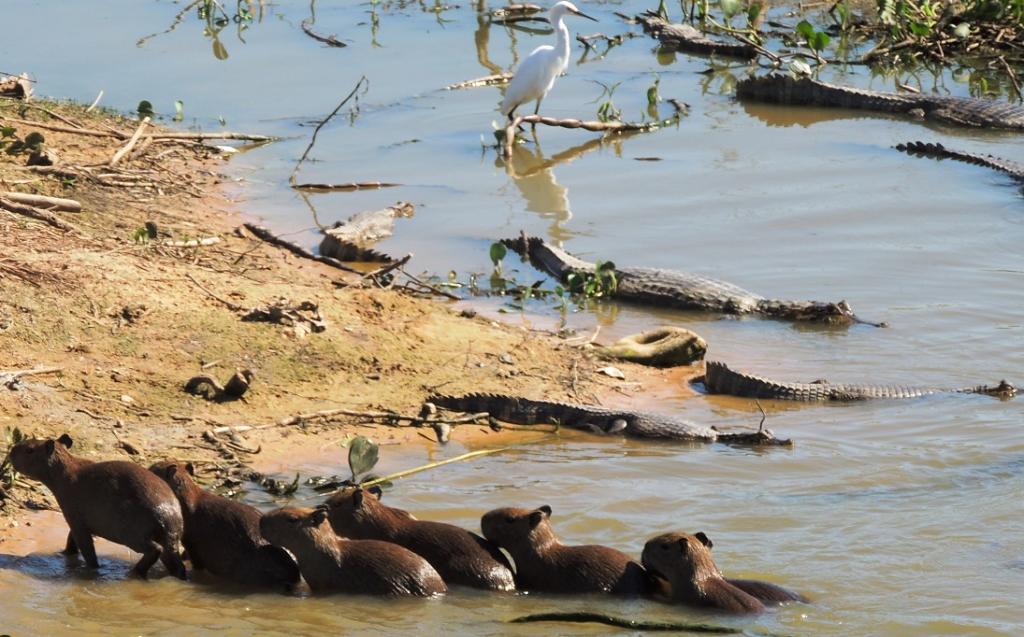 A capybara family and caimans in Transpantaneira. Photo: iStock

More than 75 per cent of the Amazon rainforest has been likely heading towards a tipping point since the early 2000s, according to a new study.

It may be losing its ability to bounce back from extreme events such as drought or fire, threatening to become a dry savanna-like ecosystem. The researchers used satellite data and statistical tools to arrive at these findings.

This transition might not bode well for the Amazon’s rich biodiversity, carbon-storing potential and global climate change, the study published in Nature Climate Change warned.

“We cannot tell when a potential transition from rainforest to savanna might happen,” Niklas Boers from the Potsdam Institute for Climate Impact Research and one of the study authors said. But when it happens, it would likely be too late to stop it, he added.

A previous study predicted that a tipping point would occur when the rainforest witnesses roughly 20-25 per cent of deforestation.

Deforestation is on the rise. According to reports, it totalled 430 square kilometres in January 2022, five times higher than the same month last year.

This loss will affect the amount of rainfall. Trees take up water through the roots, releasing it into the atmosphere, influencing precipitation over South America, Boers explained.

The rainforest is also a carbon sink — a place that absorbs more carbon dioxide than it releases. It plays an essential role in combating climate change.

But increasing temperatures due to human-induced climate change and deforestation are pushing the rainforest to transform into a carbon source: Places that release more CO2 than they absorb.

Previous studies looking at the future vulnerability of the Amazon rainforest have given mixed results. Some models say the Amazon will pass a tipping point in the next century and others say it will thrive, Chris Boulton, research fellow and lecturer, University of Exeter, told Down To Earth.

In this study, Boers and his colleagues analysed 30 years of satellite data to understand the resilience of the rainforest and how it has changed over the years.

“We’ve therefore been looking into specific observational data for signs of resilience changes during the last decades. We see continuously decreasing rainforest resilience since the early 2000s,” Boers explained.

The researchers warn that the forests could release vast amounts of CO2 if they partially transform into dry habitats.

The analysis showed that the indicators of tipping points go up faster in areas with less rainfall and closer to human land use, Boulton said.

This suggests that drier conditions might drive resilience loss. “This is alarming, as the IPCC (Intergovernmental Panel on Climate Change) models project an overall drying of the Amazon region in response to anthropogenic global warming,” Boer pointed out.

Human land-use activities — direct removal of trees, construction of roads, and fires — could be another contributor, according to the researchers. It has been on the rise since 2010.

Boers and his team suggest that it’s not too late to act. Reducing deforestation will protect the forest’s threatened parts and boost Amazon rainforest resilience. Limiting global greenhouse gas emissions is also necessary to safeguard the Amazon, they added.