Negotiations move ahead in chaotic manner during multiple parallel sessions

Parties urged to speed up talks in informal groups 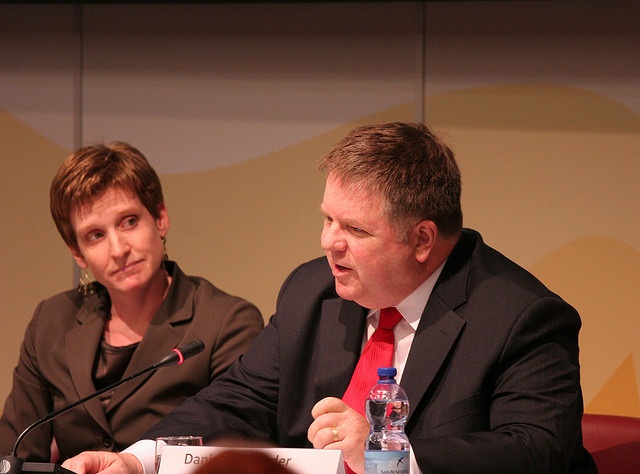 Negotiations under the Ad-hoc Working Group on the Durban platform (ADP) moved ahead on Wednesday even as smaller delegations were left complaining about their inability to cope up with the number of parallel sessions.

In an effort to come up with a smaller and more streamlined version of the text for the second week, parties have been meeting in a number of different modes—contact groups (that are open to observers to attend), spin-off groups and informal discussions that are open to parties only.

Co-chairs Dan Reifsnyder and Ahmed Djoghlaf observed that the pace of the work was nowhere close to what was expected.

The reporting back from various spin-off groups also gave a dire picture with some groups like adaptation having considered just three out of 12 sections from the main agreement section and not having touched the 16 paragraphs under the draft decision text.

The debate around what should be the target referred to in the text stalled negotiations in the afternoon of Wednesday.

While countries like St Lucia, Columbia, Kiribati and Bolivia were strongly in favour of having the target explicitly mentioned in the draft decision text, some others like Saudi Arabia and China opposed the move on grounds that it was against the mode of the operation agreed to.

Earlier, countries had decided that new textual insertions would be considered only after discussions in informal groups and once the idea being proposed had the support of a larger group.

Discussions on the synthesis report

The morning saw parties take up the section on the synthesis report that calls for a revised one to be submitted by November 2016 by the secretariat with information on the fairness and ambition of the INDCs.

India and many other developing countries were very clear that the mandate of the secretariat was to just update the current synthesis report with all the new INDC submissions.

India added that while it does believe strongly in the issues of fairness and equity, this should be dealt with separately and not assigned to the secretariat to do.

On the issue of the aggregate effect of the INDCs, the co-chairs had introduced text calling on all parties to increase ambition in the 2025-2030 period in an effort to keep global warming to under 2 degrees Celsius.

Many developing countries took strong opposition to this saying that the proposal seems to put the burden of mitigation on all as opposed to just developed countries.

Saudi Arabia made a strong statement saying that it appears as though everyone is equally to blame for climate change and therefore the line must be deleted.

In the final stock-taking session of the day, the (lack of) progress was noted with concern and all parties were urged to engage with a lot more urgency in both informals and the formal contact group discussions.

With just two days left for the ADP to finish its work and forward the finalised text for the ministerial level discussions, rapid progress is required in these final hours if a meaningful outcome is to be expected in Paris.