The project entails the construction of a groundwater recharge system, as a concrete adaptation measure to ensure water conservation 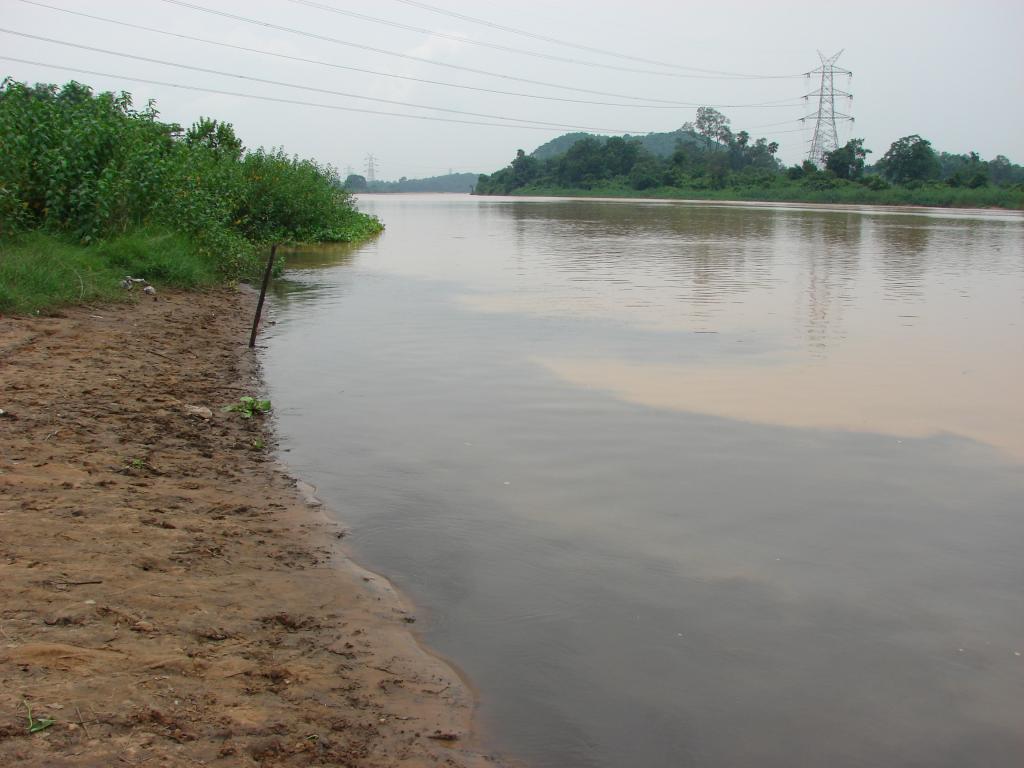 The GCF project aims at 15 districts in Odisha which are the most food and water insecure Credit: Kanchan Kumar Agrawal/CSE

India’s first project to deal with the impacts of climate change has been approved. The project worth US $ 34 million (Rs 1.4 billion) with the National Bank for Agriculture and Rural Development aims to enhance groundwater recharge in community ponds.

The approval was given at the sixteenth meeting of the Green Climate Fund (GCF) board held at its headquarters last week in Songdo, South Korea.

The project entails the construction of a groundwater recharge system, as a concrete adaptation measure to ensure water conservation. There is also the plan to use solar pumps as part of a low emission development strategy, thereby ensuring water and food security as well as enhance the resilience of 15 vulnerable districts in Odisha. These 15 districts constitute the most food- and water-insecure and climate sensitive areas of the state. The project is likely to benefit 1.54 million vulnerable households.

Although this project marks a step in the right direction, the funding provided by international sources so far has been negligible compared to the funding required by India to deal with climate change. In its Intended Nationally Determined Contributions (INDC), India has projected a requirement of US $ 2.5 trillion to deal with the impacts of climate change by 2030. Thus far, India has been allocated US $ 34 million from the GCF and US $ 10 million from the adaptation fund, which is a very small fraction of the total funding needed by the country.

Established by 194 countries which are Parties to the United Nations Framework Convention on Climate Change (UNFCC), GCF was one of the main outcomes of the Cancun Summit held in 2010.

The fund represents the concerted efforts of the developed economies to jointly mobilise US $ 100 billion by 2020 to assist developing countries in combating climate change by financing both mitigation and adaptation actions.

The GCF board has 24 members with equal representation from developed and developing countries. The fund currently has pledges worth US $ 10.2 billion from various developed countries. Under the Paris Agreement, the floor of US $ 100 billion by 2020 has been extended till 2025.

Additionally, the GCF approved projects worth US $ 744 million in its sixteenth board meeting. A significant feature of the fund is that it pays particular attention to the needs of societies that are highly vulnerable to the effects of climate change, in particular the Least Developed Countries, Small Island Developing States and African states.

As a result, almost half of the funding was allocated to East and North African projects. The approval process of the projects also came under scrutiny, with objections on the project approved for hydropower-based projects in Morocco and Tajikistan; and rejection of an adaptation project in Ethiopia.

The hydropower projects had been widely opposed by civil society organisations around the world as unsustainable and environmentally harmful, but were eventually approved by the GCF board. The project in Ethiopia on the other hand, was rejected on the grounds that it overlapped significantly with development finance in the country and was not directly linked to climate change.

The rejection was opposed by a number of civil society organisations, which argued that adaptation and development may mean the same thing in various parts of the world. The project approval decisions indicate a need to streamline the approval process for the GCF to ensure sustainability of the projects. This gains further significance because of the US $ 2.2 billion that has been approved so far under GCF, only US $ 5.5 million has actually been disbursed, mainly due to the long legal and bureaucratic review process that is undertaken by the GCF before finance is disbursed. In most cases, these processes have been cumbersome and have taken much longer than the 180 days stipulated as part of the GCF guidelines. The disbursed amount is negligible in view of the losses and damages inflicted by climate impacts on poor and developing countries globally.

Future of GCF after Trump

GCF has raised around US $ 10 billion and is ongoing. However, the future of GCF becomes uncertain with the Trump administration. The US is a major funder of the UNFCCC, providing € 6 million (US $ 6.44 million) each year which forms 20 per cent of its operating budget.

Under its climate commitments, the US has also pledged US $ 3 billion to the UNFCC of which only US $ 500 million was sanctioned by former US president Barack Obama and the total released amount is US $ 1 billion. The gap of US $ 2 billion seems unlikely to be filled in as the US’ central budget talks of eliminating funding to the GCF and the IPCC.

The US fund deficit to the GCF would leave the already resource grappling GCF further roughly US $ 8 billion, causing a huge blow to the fund’s credibility. Such a move is likely to create serious setback to funding climate actions in developing countries, including India, whose climate action plans desperately seek funding support from developed countries. Additionally, it would further prove disastrous if following the US’ footsteps other advanced countries choose to cut down their funding or eliminate it altogether. Finance is a critical component of the Paris Agreement and without available and efficient financial resources the objectives of Paris Agreement to keep the planet within safe temperature limits will be next to impossible to attain.