Odisha tops forest fire counts in the country for a week 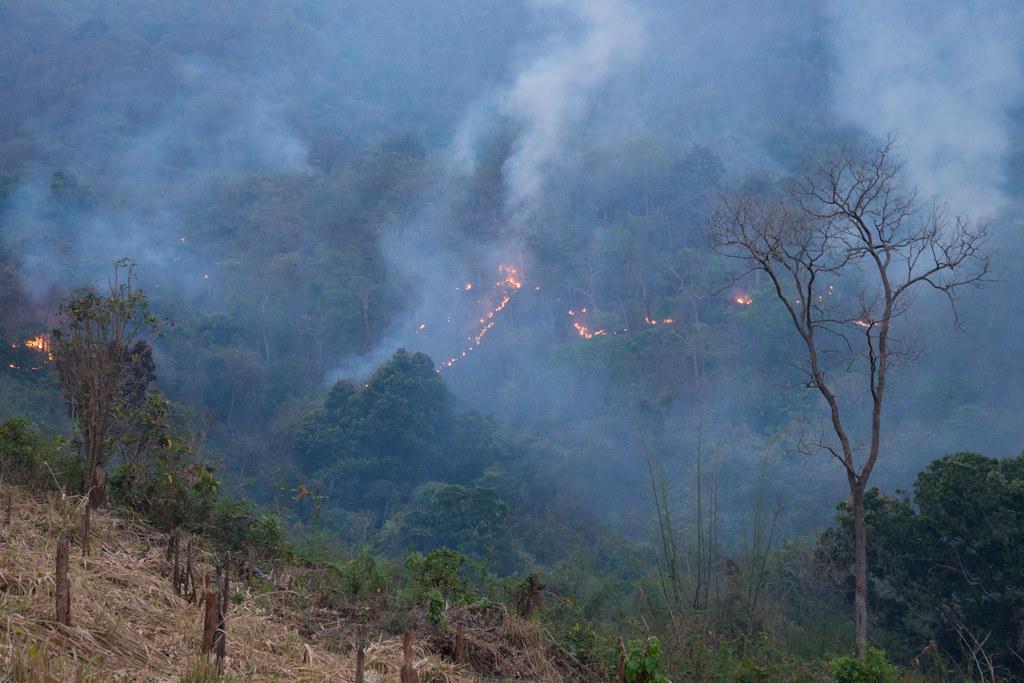 Representative image. Fire in Rayagada hills, Odisha. At least 5,291 forest fires were recorded in the state between February 22 and March 1, 2021. Photo:Flickr

At least 5,291 forest fires were recorded in Odisha between February 22 and March 1, 2021 — the highest in the country for the same period — according to the Forest Survey of India (FSI).

Some cities in the state crossed the 40 degree Celsius mark on February 28, 2021. Increasing temperatures, according to experts, also sparked forest fires in the state.

Telangana recorded the second-highest fires in the country at 1,527 during the same period, followed by Madhya Pradesh (1,507) and Andhra Pradesh (1,292), according to FSI data.

As many as 7,188 fire spots were spotted in Odisha since November 1, the beginning of forest fire season also topped among the states in the country. Sudden jump of forest fires across Odisha resulting in massive loss of flora and fauna in forest areas.

Collection of mahua flowers and kendu leaves, practice of shifting cultivation and grazing in forest areas are some of the reasons for forest fires in Odisha, said Sudhakar Mohapatra, a retired forest officer. Forests are set on fire to cultivate turmeric in Baliguda forest division in Kandhamal district, he added.

The division has adopted a method to identify mahua trees with GPS location in the villages (the individual tree is owned by a particular family). The forest officials then set the tree on fire in advance by collecting dry leaves near them under the method, which was introduced in 2018.

“The ring and strip method helped reduce the fire points as well as the area that was burnt,” said the divisional forest officer.

“We mapped around 6,000-kilometres-long fire lines in the state. We have taken precautionary measures to immediately attend to the incidents,” said a senior forest officer.

“Forest fires result in the loss of timbers, fruit-bearing trees and medicinal plants. They also pose a threat to the wildlife and their habitat areas,” said Biswajit Mohanty, former member of the National Board for Wildlife.

He also expressed concern over wildfire in a large track of Simlipal National Park, which houses a number of wild animals and birds.