Once again, US walks away from global climate agreement

Without the US being held accountable for reducing its share of emissions, the world cannot keep warming “well below 2°C” 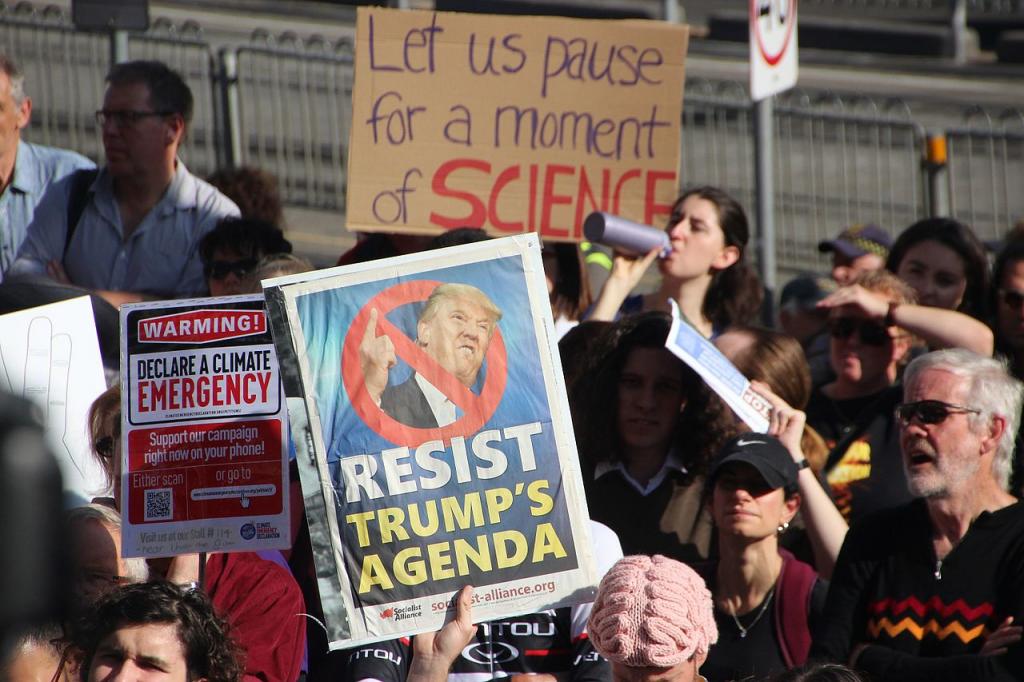 Today, Donald Trump did nothing more than formalising the anti-climate policies he had been promoting for the past few months. Credit: Wikimedia Commons

For the second time in the history of climate negotiations, the US first made a global agreement weak and then walked away from it. They did this with the Kyoto Protocol and now with the Paris Agreement.

Today, when Donald Trump announced his decision to withdraw from the Paris Agreement, he did nothing more than formalising the anti-climate policies that he had been promoting for the past few months. In March this year, Trump signed a sweeping Executive Order on ‘Promoting Energy Independence and Economic Growth’. The Order promotes coal mining on federal land, calls for canceling, revising or revoking any rule or action that can potentially burden the development of domestic fossil fuel resources, revokes carbon pollution standards from the power sector and halts the implementation of the clean power plan that aims at reducing carbon dioxide emissions from US power plants.

Essentially, before today’s announcement, Trump had already dismantled the “modest” policies and initiatives started by the Obama administration to reduce fossil fuel consumption and greenhouse gas emissions in the US.

Before the Executive Order, in his first federal budget, the Trump administration defunded most of the programmes related to lowering domestic GHG emissions and scaling down the scientific missions to study climate. Most importantly, Trump refused to fund the Global Climate Change Initiative, including the Green Climate Fund (GCF). GCF has been set up to help developing countries adapt to climate change and move to low-carbon technologies. One of the key attributes of the Paris Agreement is the commitment by countries like the US to provide financial support to developing nations. With the defunding of GCF and other international climate change-related initiatives, Trump had already reneged on his commitments to UNFCCC and the Paris Agreement.

So, today’s decision was a formal death blow to the Paris Agreement. With this decision Trump has fundamentally weakened and changed the character of the Agreement.

For the US and by the US

The Paris Agreement was designed for and pushed by the US for its own convenience. As the US didn’t want to take full responsibility and do its part to solve the climate problem, it pushed for an agreement which was a ‘common minimum denominator’. The ‘minimum’ being what the US wanted to do.

So, by and large, Paris Agreement was for the US and by the US. Still the US walked away from the Agreement. This is a tight slap on the faces of the remaining 194 countries.

The US is historically the largest contributor to climate change, responsible for 21 per cent of the carbon stock in the atmosphere. It is currently the second largest polluter in the world, and has one of the highest per capita emissions. The US electricity sector, alone, was responsible for emitting more than two billion tonnes of CO2 in 2015 – equal to India’s total emissions. The economy, that is likely to become more fossil fuel-based, has already exhausted its ‘carbon budget’. Without the US taking responsibility for reducing its share of emissions, the world cannot keep warming “well below 2oC”, which is the key objective of the Paris Agreement.

Many commentators, especially from the US, have alluded that other countries should step forward and share the burden left by the US. This is not only unfair but also morally repugnant. By doing this the world would continue to mollycoddle the US’ ‘climate rogue’ behaviour.

It is clear that the EU nations, and developing countries such as China and India will do far more than what they have committed under the Paris Agreement. But still, it won’t be sufficient to keep the global warming under control. Without deep emission cuts in the world’s largest economy—the US—we cannot tackle climate change. Therefore, the remaining 194 signatories to the Paris Agreement will have to find ways to hold the US accountable for its intransigence.

At a time when there has been an alarming increase in both the frequency and magnitude of climate-related impacts across the globe, more concerted efforts are required to address climate change. Therefore, countries must sit together to see how Paris Agreement can be amended to make it effective and ambitious and hence, keep the world within 2°C warming target. This should include punitive measures to ensure that countries such as the US don’t walk away from their responsibilities.

The bottom line is that the US cannot continue to keep the world hostage. With 5 per cent of the world population, the US cannot be allowed to jeopardise the lives and livelihood of the remaining 95 per cent.