Only 10 of 46 Least Developed Countries mention loss and damage explicitly in NDCs: Study 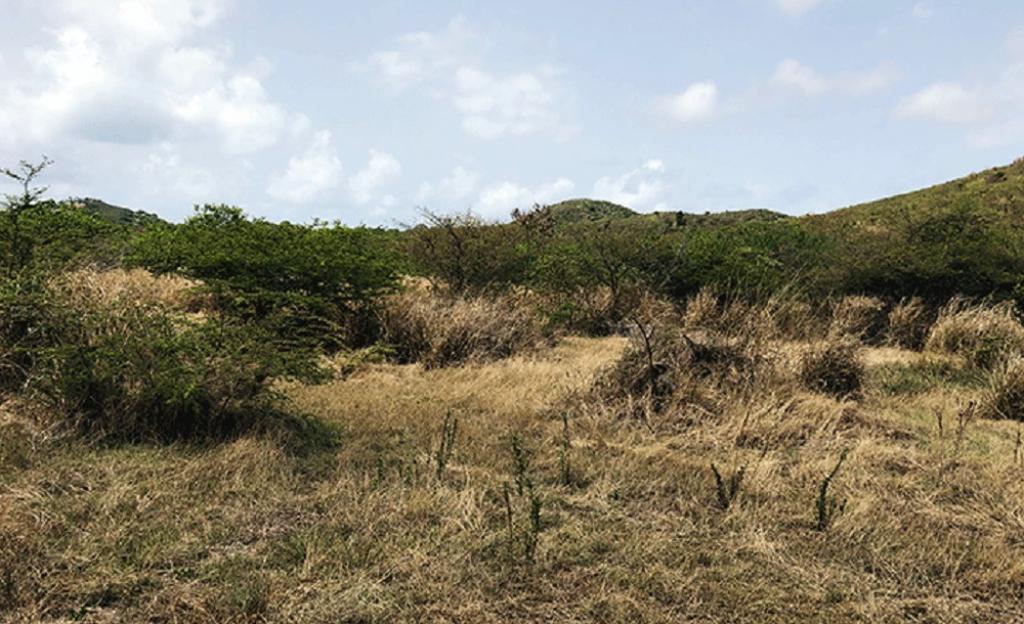 The study said the Caribbean experienced a Category-5 hurricane in 2017, but is now facing a drought which is not common. This photo shows drought on the Caribbean island of Puerto Rico, which belongs to the US. Photo: NRCS-Caribbean @NRCS_Caribbean / Twitter

Just 10 of 46 Least Developed Countries (LDC) mentioned ‘loss and damage’ (L&D) in their Nationally Determined Contributions (NDC), according to a study released in August 2022 by the International Institute for Environment and Development (IIED), an independent policy research institute.

However, they mentioned L&D with varying degrees of information. Another 35 countries’ NDCs only made indirect references to L&D, but included all impacts suffered by the countries due to climate change.

Countries had adopted the Glasgow Climate Pact at the 26th Conference of Parties (CoP26) to the United Nations Framework Convention on Climate Change (UNFCCC) that was held in Scotland last year.

The Pact had called on countries to reevaluate and reinforce their NDCs, which are national climate action plans that each party to the Paris Agreement must update every five years.

The LDC is a 46-member negotiating bloc of geographically and economically disadvantaged countries whose main ask is compensation for losses and damages incurred after storms, droughts, and floods at COPs. A key outcome of CoP26 was the establishment of the Glasgow Dialogues, a two-year exchange on ways to figure out how to fund L&D for low-income countries.

Hence, the assessment said looking at how countries present L&D in their NDCs was the need of the hour.

Countries experiencing frequent and devastating climatic events such as Myanmar, Haiti and Cambodia had made more of a case than others due to the devastation caused to infrastructure, life, and property.

Myanmar’s NDC has got whole sections detailing how L&D affects sectors such as agriculture or fisheries, cities and health. It also has an annexure document that talks about disaster risk reduction to prevent L&D. Remarkably, it is the only country that takes into account the impact on gender.

Haiti’s NDC has a whole section that proposes solutions to deal with mitigating L&D along with financial estimates on losses faced by various sectors such as health, energy, water, agriculture, and roads. It is the only country that explicitly asks for $4.98 billion to fund L&D.

It also includes references to financial losses that can be minimised due to better management of L&D.

All the 45 NDCs referred to calamities, action plans and communities affected. In terms of areas that could require a boost, 30 NDCs suggested capacity building, 26 NDCs suggested systems technology and 21 mentioned infrastructure resilience.

Droughts and floods were the most commonly spoken-about hazards, with 32 and 26 reports mentioning them respectively. Additionally, among the areas affected, 49 per cent of the NDCs identified coastal regions, 29 per cent identified rural regions and the others identified river basins.

All the NDCs submitted “describe the climate vulnerability context, analysing potential impacts of slow-onset events and extreme hazards” and most indicate “historical costs of losses and damages to slow-onset and rapid-onset extreme events.”

Most NDCs also project the “cost of the impacts of climate variability and change in key sectors in value terms and as a percentage of gross domestic product.”

The researchers said L&D impacts could be categorised based on high-intensity events like flooding, droughts or cyclones and slow-onset events like sea-level rise and glacier loss.

One of the recommendations that the assessment made was for LDCs to develop a framework for identifying events leading to losses and damages, both now and in the future. This could be done by categorising events based on magnitude, frequency and similar and new types of disaster, the IIED paper suggested.

For example, the paper said the Caribbean experienced a Category-5 hurricane in 2017, but is now facing a drought which is not common. In another example, Hurricane Dorian caused unprecedented damage to the Bahamas in 2019.

LDCs need to unpack multidimensional risks, highlighting how L&D impacts compound other risks such as poverty, health, marginalisation, conflict and so on.

“They must also show how these impacts and risks are experienced by different communities (women, children, disabled people, Indigenous Peoples and other marginalised groups) and regions (small islands, landlocked areas and coastal regions),” the paper added.

The study said when highlighting probable events in the future, countries must highlight the risk of rare events which would be equally catastrophic as common ones like cyclones and flooding.

Global climate models use ranges rather than averages to consider a range of possible climate events. One example is the recent Pakistan floods, which were not expected.

NDCs should highlight the money allocated nationally and internationally for L&D purposes, the study suggested.

LDCs could propose mechanisms that deliver resources that reach the most vulnerable geographies and communities in time for both rapid- and slow-onset events. These will include anticipatory action, humanitarian support, rehabilitation and recovery support, and so on, the researchers said.

The researchers suggested: “A multidimensional risk and vulnerability assessment will allow LDCs to use the data to position themselves more strongly. In this way, they can present a solid case to access grant and concessional finance, as well as technical assistance.”