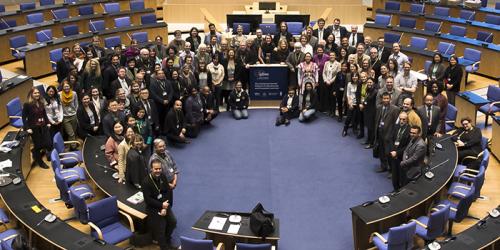 Negotiations started as part of informal consultations on the issue of global stocktake, one of the key elements of the Paris Agreement.

Global Stocktake, mentioned in Article 14 of the Paris climate deal, is meant to assess collective progress of climate actions, including mitigation, adaptation and means of implementation, with a view to enhance the future round of climate action plans or Nationally Determined Contributions (NDCs).

Parties also emphasised on the linkages that Global Stocktake has with regard to different segments of the Paris Agreement, including long-term goals, information on NDCs, technology mechanism, transparency framework and global goal on adaptation.

Among various aspects, Parties also discussed equity as the textual language in the Paris Agreement mandates that Global Stocktake must be conducted taking equity into consideration. The issue did not seem too important for developed countries while developing countries showed keenness to discuss it.

India made a strong intervention on Global Stocktake during the informal consultations. It put forth a detailed and elaborate description of how equity can be operationalised in Global Stocktake on the lines of what Delhi-based non-profit Centre for Science and Environment has been advocating for some time now.

India said that there were different ways to operationalise equity and one approach to frame equity is in the context of the human development index (HDI).

The growth trajectory of countries has always been in relation to carbon space and the future development of countries. In terms of HDI, it will depend on the amount of carbon space. Against this backdrop, equity and Common but Differentiated Responsibilities and Respective Capabilities would be operationalised. India said that global stocktake was a comprehensive approach and should include an assessment of pre-2020 actions too.

China advocated that equity should be reflected in the synergies of different components of Global Stocktake, including means of implementation, along with mitigation and adaptation. Brazil said Equity in global stocktake should be related to fairness and ambition.

Developed countries, including the European Union, New Zealand, Japan and Canada, focused more on the modalities of global stocktake and how the process of stocktake should enhance ambition of all countries. They also stressed on how to make the process of stocktake manageable. On equity, Canada said that the “mandate is to assess collective progress, and not take stock of the goal of the Paris Agreement in terms of equity.”

Grenada was the only country that pressed for the scope of Global Stocktake to be elaborate and comprehensive to include loss and damage.

There were no concrete outcomes emerging out of discussions on global stocktake and much of the technicalities will need detailed and lengthy discussions.