Southwest monsoon will likely extend till October, with detrimental impacts on Indian agriculture 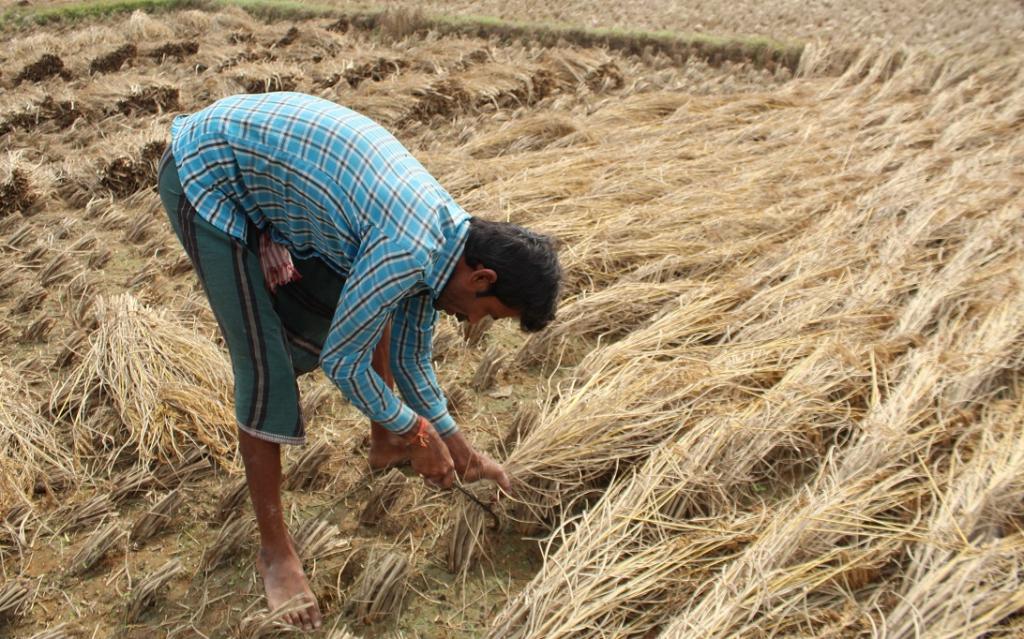 Farmers will suffer a double whammy if untimely rains coincide with the kharif harvest. Photo: iStock

Australia’s Bureau of Meteorology (BOM) predicted August 25, 2022, that a third consecutive event of La Nina could be underway, leading to additional rainfall along its east coast this summer.

The BOM predicted a 70 per cent chance of the La Nina event. However, the United States and UK weather agencies have claimed that the phenomenon is already underway.

“We are seeing an extended period of La Nina this year. It is the first time that this has happened since the 1950s when the event started to be recorded. The years 1973-76 and 1998-2001 were consecutive La Nina years,” Raghu Murtugudde, professor, department of atmospheric and oceanic science, University of Maryland, United States, told Down To Earth.

La Nina is a climate phenomenon that takes place due to the cooling of surface ocean water on the tropical west coast of South America. It can be described as a counterpart to El Nino, which involves the warming of ocean currents in the equatorial Pacific Ocean.

The combined phases of La Nina and El Nino are termed as El Nino-Southern Oscillation (ENSO) that affect rainfall patterns, global atmospheric circulation and atmospheric pressure across the planet.

Murtugudde said sea temperatures in the east Pacific Ocean were colder and Australia may see the peak of La Nina in December, January and February.

“In India, we will see the monsoon extending up to October due to La Nina. The India Meteorological India (IMD) has predicted that monsoon withdrawal may begin in the first week of September, but it is likely that some parts of India may witness heavy rains,” he said.

Murtugudde said a research in 2000 had revealed that weather extremes would become stronger with La Nina.

“The US east and west coasts usually experience hurricanes during August. But we haven’t had any such event this time. This might be the quietest season in the past 30 years,” he said.

Murtugudde said the monsoon in India was expected to be surplus this year. “Though statistically the monsoon is in surplus, there are many parts where the rains have been below normal. This is because Pacific and Arctic warming is affecting the monsoon,” he said.

He added that systems that would help note changing monsoon patterns in a matter of weeks were needed.

The IMD has stated in its report that La Nina conditions currently prevail over the equatorial Pacific Ocean. The latest forecast from the Monsoon Mission Coupled Forecast System, an ocean-atmosphere climate model system, shows that these conditions will continue until the end of 2022.

The probability forecast for ENSO indicates a probability of about 50-60 per cent. This is higher than climatological probability that will continue till the end of the year.

Srinivas Aundhkar, a weather expert from Maharashtra, said La Nina may extend until November. This is likely to favour the monsoon, he added. “The Western Ghats may receive average or below average rains over the next couple of months,” he said.

However, the La Nina could have negative impacts on Indian agriculture.

Farmers will be at risk of losing their standing kharif crops if it rains during this period. The harvesting of the kharif crops begins from September-end or early October. And any rain just before that would prove detrimental to the standing crops.

Already, the overall area sown under kharif this season lags by 2.5 million hectares (mha) as of August 18, 2022, compared to the corresponding period in 2021. This is according to data on the website of the Union Ministry of Agriculture and Farmers’ Welfare.

The gap between ‘normal’ paddy sown during this time (calculated as an average of sown area between 2017-18 and 2021-22 during the corresponding week) and the current sowing is much more at 13.4 per cent. The ‘normal’ sown area for this time of the season is 39.7 mha.

This coincides with a deficit in rainfall in the important paddy-growing states of Uttar Pradesh, Bihar, Jharkhand and West Bengal.

Farmers will suffer a double whammy if untimely rains coincide with the harvest. They have already been impacted due to deficient rain in the monsoon months.

Moreover, many farmers harvest the crop and stock it for a few days as there is a delay in procurement operations. Rains during that time would damage the harvested crop.