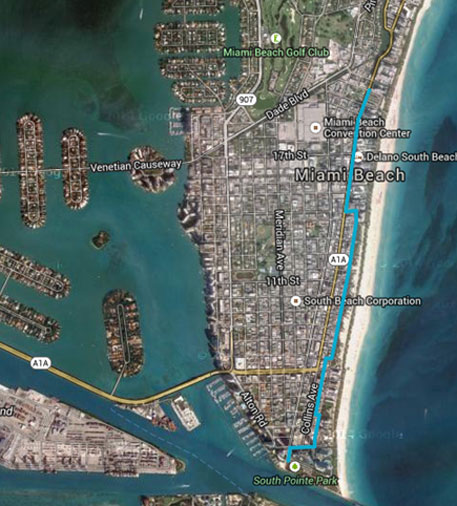 The city of South Miami has passed a resolution demanding that Florida state be split into two, creating South Florida as the 51st state of the United States of America. Rising sea levels, which threaten to submerge large parts of Miami by the end of this century, have driven public opinion in favour of this move.

The city mayor and commissioners passed the resolution 3-2 earlier this month, citing the state’s failure to address the climate change concerns of the southern part of the state.

The resolution states, “South Florida's situation is very precarious and in need of immediate attention. Many of the issues facing South Florida are not political, but are now significant safety issues.”

The resolution cites estimates that sea levels will rise by three to six feet by the end of this century. South Florida also has very porous rock, due to which the sea water may rise through the ground and flood inland areas.

In spite of the impending damage, the resolution says these issues “do not receive the support” of state capital Tallahassee in North Florida. It says creation of the new state “is a necessity for the very survival of the entire southern region”.

Experts think the formation of a new state is unlikely. The proposal has to be approved by the governing bodies of the 24 counties. It would then have to pass a state electoral vote and then be approved by Congress.

“There’s not a lot written about this part of the Constitution,” Caroline Mala Corbin, a constitutional law scholar at the University of Miami, told the Tampa Tribune. “But I can’t imagine Congress would ever approve this, so in the real world it is not likely to happen.”

The passing of the proposal, however, sends out a strong message. A recent report released by the US Department of Defense calls climate change an “immediate national security risk”. Extreme weather events, temperature and sea level rise and changes in precipitation patterns will place the largest burdens on the economy, society and consequently, on the military, says the report.

Encroaching tides: how sea level rise and tidal flooding threaten U.S. East and Gulf Coast communities over the next 30 years