Farmers will bear the brunt of climate change

By 2050, India is likely to experience a temperature rise of 1-4°C; rainfall will increase by 9-16 per cent. This will have a detrimental effect on farmers in more than half of the country 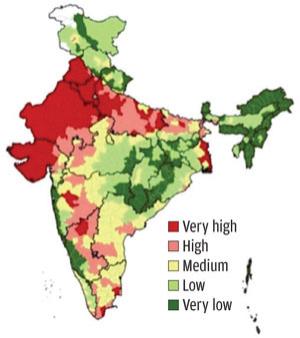 Sensitivity is the degree to which a region gets affected by climate-related stimuli, such as climate variability and the frequency and magnitude of extremes events like cyclone and drought. It is determined by demographic and environmental conditions of the region.

Most districts in north-western India are highly sensitive to climate change impacts. Eastern, north-eastern, northern and west coast of the country have relatively low sensitivity. 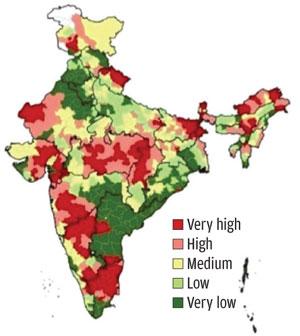 Exposure is defined as the nature and degree to which a system is exposed to significant climatic variations. It includes parameters, such as maximum and minimum temperatures and the number of rainy days. 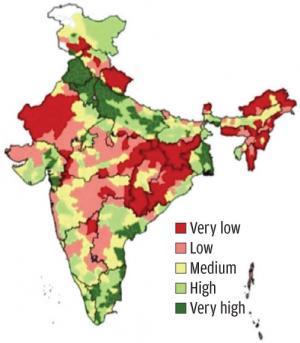 17 states#
have districts with low adaptive capacity to climate change

Adaptive capacity is the ability of a region to adjust to climate change. It is a function of wealth, technology, education, skills, infrastructure, access to resources, and management capabilities.

Adaptive capacity is found to be very low in the eastern and north-eastern states, Rajasthan, Madhya Pradesh, peninsular and hill regions. 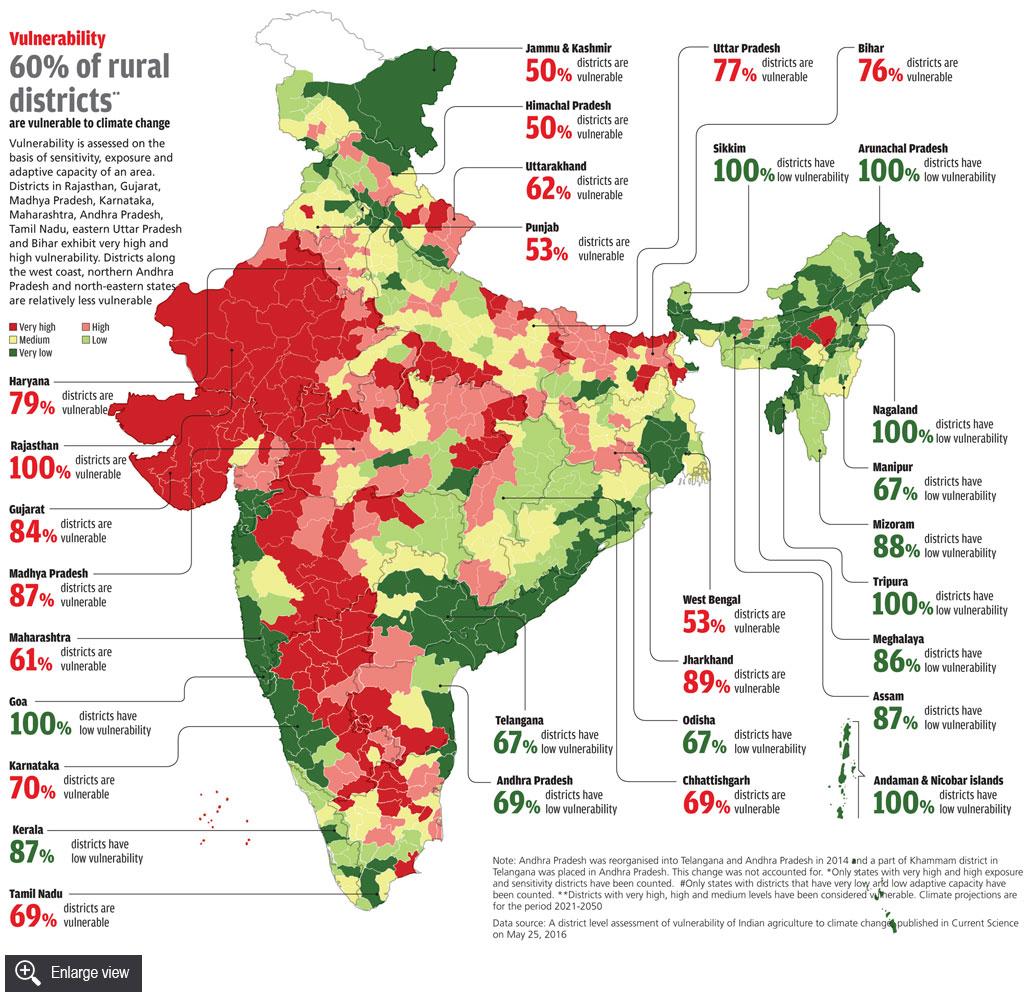