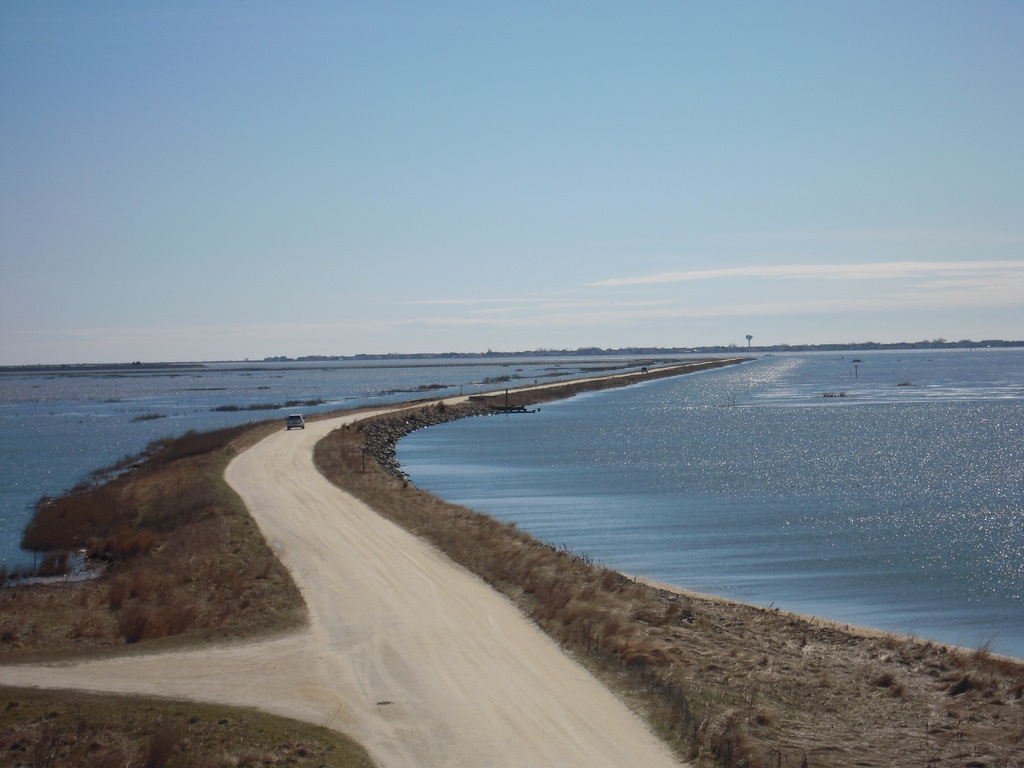 Research shows that by 2100, sea levels will continue to rise as a result of global warming Credit: US fish and wildlife service northeast region's photostream/Flickr

A new study says that wealthy countries may not be successful enough to keep the seas at bay.

It says that the probability of flooding in cities built on river deltas is increasing with the passage of time. The Mississipi and the Rhine may become up to eight times more hazardous from rising tides, storm surges and downstream floods.

The study published in the journal, Science, shows the challenges ahead for 48 coastal deltas in the Americas, Europe and Asia, home to more than 340 million people.

Delta regions and civilisations
According to the study, deltas are natural sites for cities to grow as they offer direct access to the sea and upriver to the hinterland. In the past, their wetlands provided good hunting grounds and, when drained, became fertile farmlands, renewed by fresh deposit of silt from frequent flooding. This helped civilisations to flourish in the Nile delta, the Indus, the Ganges, the Brahmaputra and the Yangtze.

But dams built upriver to conserve water and generate electricity play the spoilsport as they prevent the downstream flow of silt. The draining of wetlands allows the soils to become compact. Extraction of water for industry and for people mean that the soils become even more compact. When wetlands are reclaimed, the tide has nowhere to go but flood the streets and city basements and the sea also begin to encroach. Thus, countries have to spend more in building sea defences.

Risk factor
However, research shows that by 2100, sea levels will continue to rise as a result of global warming. Coastal flooding will cost nations $100,000 billion a year.

Researchers found that while 340 million people are directly at risk in 48 major coastal deltas across the world, an estimated 140 million people live within a 25-km radius of vulnerable regions.

The study also shows that though the poorer nations are inevitably more vulnerable, risk has continued to grow for wealthiest delta regions as well. Deltas are “highly sensitive” to the balance between sediment supply and wave energy.

“Our study demonstrates that economic ability and decisions to deploy engineering solutions will be key factors in determining how sustainable deltas become in the long term,” researchers say.

In the Ganga-Brahmaputra delta in Bangladesh and India, which is home to 170 million people, the surviving wetlands are up to 1.5 metres above the embanked and reclaimed land. When the wetlands are disconnected from the rivers, the land no longer naturally builds up with the sea level rise.

According to researchers, the answer may lie in “eco-based” engineering systems to put sediment-laden water back on to the delta plains.