Texas deep freeze: Satellite images how the state plunged into darkness in days 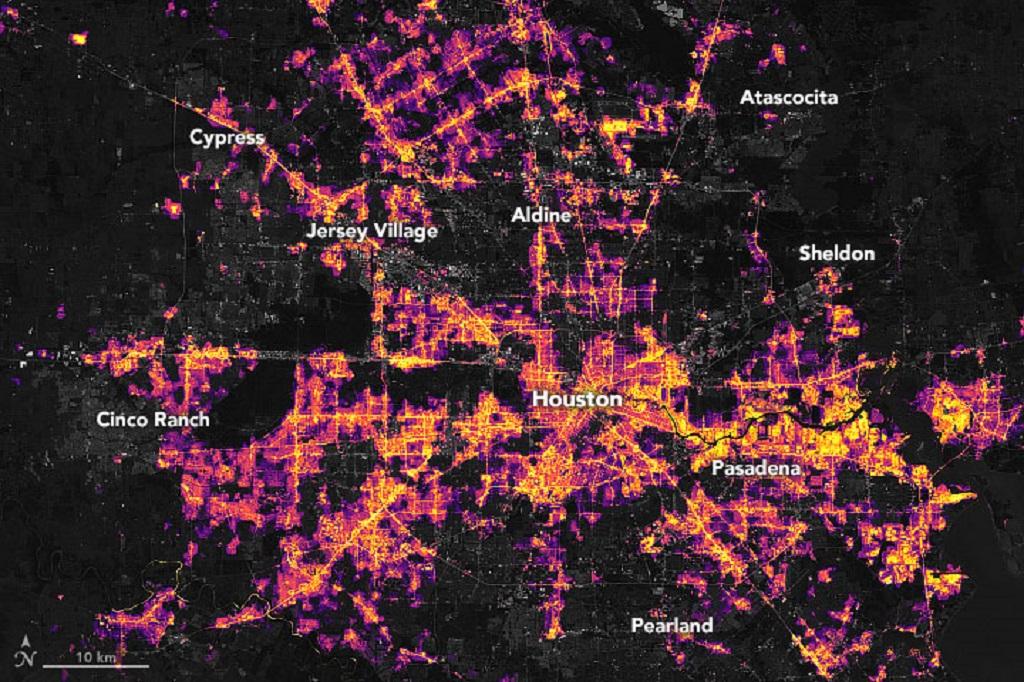 The severe Arctic snowstorm that swept the United States, especially Texas, since February 11 snapped power supply across the southern state, leaving millions to freeze. The extent of the blackouts in Texas was demonstrated by two satellite images captured before and after the deep freeze by NASA. 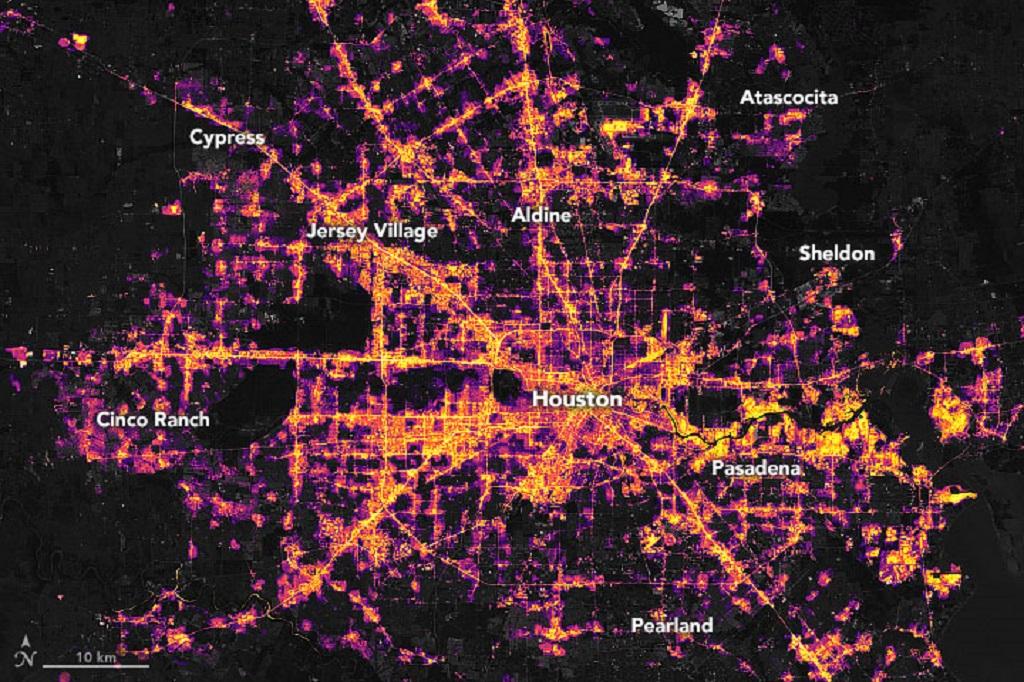 The first image was taken at around 1 am (Central Standard Time) on February 7, prior to the frigid conditions, and the second around the same time on February 16 by the Suomi National Polar-orbiting Partnership Satellite. It uses Visible Infrared Imaging Radiometer Suite (VIIRS) to measure light emissions and reflections.

The later image shows vast swathes of the state, especially the northern half, in pitch darkness compared to the first.

Some 30 people died of hypothermia during the historic cold blast which has led to a water crises, shuttered grocery stores and other services for over a week now.

While most of the deaths occurred in houses that could no longer keep their inhabitants warm, there were reports of people dying of carbon monoxide poisoning caused by the heaters of their cars.

Apart from deaths, the frosty weather also hit the economy hard, with businesses shut for more than a week at a time when the rest of the world is trying to emerge from a slowdown.

The deep freeze was caused by the weakening polar vortex — a swirling mass of cold air over a large low-pressure area around the North and South Poles. Each polar vortex is separated from the warmer areas between the poles by a jet stream, a fast-moving air current that runs around it.

The jet streams, in turn, are kept in place by the vast difference in temperatures between the poles and the equatorial regions. As the planet heats up due to global warming, this difference reduces, causing the jet stream to bend and the icy vortex to flow down the Northern Hemisphere.

In the present scenario, the jet stream was particularly weakened by the sudden warming of the stratospheric region right over the Arctic pole early in January this year.

While the sudden stratospheric warming is a natural, temporary event, the Arctic has been heating up at twice the speed of the rest of the world for over three decades. Scientists have attributed this to global warming that melts the Arctic ice, setting off an albedo effect that amplifies the region’s warming.

The science is pretty simple. Ice has a higher albedo (amount of sunlight reflected from a surface without being absorbed) than rocks. When ice melts due, the rocks below it get exposed and starts heating up much faster, creating what is called the Arctic amplification.

US President Joe Biden approved a major disaster declaration in the state on February 19, 2021 to provide financial stimulus to bolster recovery efforts.

“The US Environmental Protection Agency approved an emergency fuel waiver for the state to prevent gasoline shortages, following blackouts this week that cut power for millions,” reported Bloomberg.

The power distribution companies are receiving flak for not heeding early signs of a systemic breakdown. The family of an 11-year-old boy, who died of the cold during an outage, has filed a $100 million suit against power companies.