Paris Agreement success: the devil is in the detail 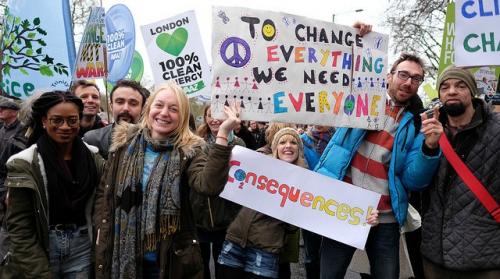 It will not be an exaggeration to say that the world may expect the worst kind of human-induced climate impact in 2016. Data substantiates this claim further. Already, the first four months of this year have been the hottest ever-recorded months in history. A couple of days ago, The Guardian reported a study of the submergence of five Pacific islands which is the first scientific confirmation of the impact of climate change on coastlines in the Pacific.

In the sub-continent, India is currently reeling under one of the worst droughts in decades. This only goes on to prove the urgency of ambitious rigorous actions to address climate change.

Our leaders recognise the challenge and are not completely oblivious to the climate change impacts—be it floods, unseasonal rainfall and shifting weather patterns that are causing huge amount of economic and social loss and damage.

After years of tireless negotiations, back-door persuasion and skilled French leadership, in an overwhelming atmosphere of seemingly endless applauds and cheers, the leaders of 195 states adopted the Paris Agreement on December 12, 2015, setting the future course of climate actions.

Later amidst much grandeur, the ceremony of signing the Paris Agreement took place on April 22, 2016 in New York. The Agreement would come into force 30 days after 55 countries amounting to 55 per cent of global greenhouse gases emissions ratify it.

At first glance, the Paris Agreement document gives an impression of being quite elaborate and comprehensive on various elements. However, many of the sub-sections and clauses of the elements of the Agreement need to be further worked upon.

The success of the Agreement depends on how the negotiations proceed from here on some of the defining elements.

To a great extent, the success of the Paris Agreement depends on a robust and efficient transparency and accounting framework which is mandated to be established at COP 22 in Marrakesh and for which negotiations will start in Bonn.

This framework would allow the Parties the ability to track the progress towards the well-below 2˚ Celsius target. Central to this transparency system are the rules on measurement, reporting and verification (MRV).

The rules and regulations of MRV have to be laid out for accuracy and consistency and these should avoid double counting. The framework must also provide element of support for countries to establish their robust national inventory and for capacity building. The new Capacity Building Initiative for Transparency in the Paris Agreement meant to increase the capacities of developing countries to meet the enhanced transparency requirements is a significant step, the committee of which still needs to be formed.

The mitigation goal of limiting temperature rise below 2° Celsius and strive for 1.5° Celsius is a Herculean task, considering the fact that the current efforts of the countries make for a temperature increase of around 3° Celsius.

The Paris decision sets a floor of US $ 100 billion per year to be mobilised each year after 2025. Due to pressure from the US, no new numbers related to finance are mentioned in the Agreement. Nevertheless, specific ambitious and scaled-up financial targets and sources of funding need to be agreed upon in the subsequent negotiations.

In a bid to improve climate resilience and reduce emissions, deployment of clean technologies is essential. The mechanism for such activity, however, needs to be fleshed out in detail. Additionally, enhanced financial sources and fulfilling of mandate of US $ 100 billion by 2020 and clean technology sharing before 2020 requires progress.

Another critical element of the Agreement is the contentious issue of the carbon market. Despite the staunch opposition by countries like Bolivia and many civil society activists, this element still found its way into the final Paris Agreement.

Under Article 6(2), the Paris Agreement allows countries to voluntarily cooperate in meeting their Nationally Determined Contributions (NDCs) through the use of “internationally transferred mitigation outcomes” (ITMOs).

Separately, the Agreement creates a mechanism to “support emission reductions and sustainable development”. Currently, it is not clear as to what would be the design and nature of this new mechanism. The design, details, modalities and rules of the new market mechanism need to be negotiated upon.

Likewise, global deforestation has to be incorporated in the NDCs of the countries to achieve their mitigation targets. It could be possible that REDD+ becomes a part of the overall ITMOs, but more clarity is needed on that.

The adequacy of the collective global climate action would be assessed by stock take to be first undertaken in 2018. The stock take would also include adaptation efforts, mobilisation and provision of support. Countries would need to work on how a proposed 2018 global stock would take place.

It is an issue which is particularly critical to the developing countries owing to their greater vulnerability to climate impacts than the developed ones.

The section on loss and damage in the current language is weak, especially with the component of liability and compensation being removed from the text. The provisions of risk transfer, means of support and capacity building in the developing countries require further detailing.

As it turns out, a lot of actual work regarding the negotiations needs to begin now. Many of the rules, modalities, technicalities and nitty-gritty for issues concerning global stock take, technology transfer, transparency, capacity building and markets need to be formulated. It is being hoped that much of the concerned work would be initiated during the Bonn climate talks starting May 16, requiring pioneering roles from leaders and negotiators.

However, considering the nature of climate negotiations where every word, comma, full stop and bracket is fought over, the tough part of the success of the Paris Agreement remains to be fulfilled.

The views expressed by the author are personal.