Katowice fails. Its decision and the Paris Rulebook agreed here are un-ambitious, anti-science and dilute the Paris Agreement, says CSE 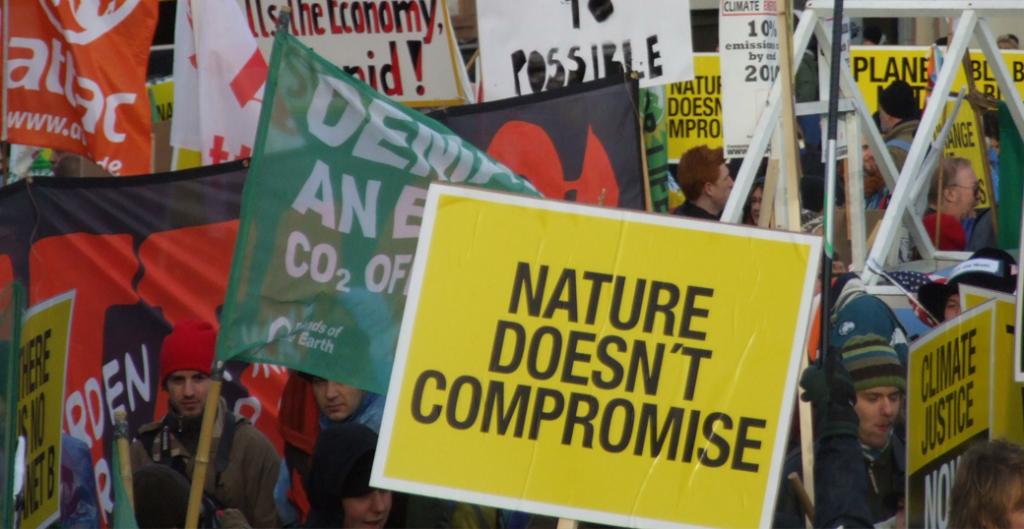 A decision that wasn’t

Katowice fails. Its decision and the Paris Rulebook agreed here are un-ambitious, anti-science and dilute the Paris Agreement, says CSE

Katowice, Poland, December 16, 2018: “It is a weak Rulebook that we have got for implementation of the Paris Agreement. This Rulebook is completely insufficient to drive ambitious climate action:” said Centre for Science and Environment (CSE), the New Delhi (India)-based think tank which has been closely tracking the negotiations at the 24th meeting of the Conference of Parties (COP).

The Katowice COP also failed to increase ambition of countries to cut the emissions of greenhouse gases as per the findings of the IPCC’s Special Report on 1.5oC. The refusal of the CoP to take the IPCC report seriously undermines the Paris Agreement.

“The Katowice CoP will be remembered as an anti-science CoP for its failure to take into account the findings of the IPCC’s Special Report on 1.5oC. It will also be remembered for coming out with a Rulebook that dilutes an already weak Paris Agreement, thereby undermining the global effort to combat climate change,” said Chandra Bhushan, deputy director general, CSE.

A weak Rulebook
Provision of finance by developed countries: In the Paris Agreement, developed countries had agreed to a financial commitment of US $100 billion each year by 2020. Currently, only around half of this commitment is being met. The Rulebook had to define what all will constitute ‘finance’, and how it will be reported and reviewed.

“Developed countries now have the freedom to decide the amount and the kind of financial resources they want to give to the developing countries and do this without any strong mechanism of accountability. The idea of ‘new and additional’ financial support from developed to the developing countries to mitigate and adapt to climate change is now a mirage”, says Chandra Bhushan, Deputy Director General, Centre for Science and Environment (CSE).

Loss and damage: Loss and damage has largely been excluded from the Paris Rulebook. It is conspicuously missing from the section on finance. The Warsaw International Mechanism, which has to deal with averting, minimizing and addressing loss and damage associated with the adverse effects of climate change, has no financial resources to support vulnerable countries. “With no financial provisions, it clear that the countries are now left on their own to address the impacts of climate change,” said Vijeta Rattani, Programme Manager, Climate Change, CSE.

Global stocktake: Global stocktake (GST) was one of the top-down elements in the Paris Agreement to increase ambition of countries. It was supposed to measure global progress and identify the barriers to mitigation and adaptation, in light of equity and science. However, the GST Rulebook has been watered down into a non-policy prescriptive process. That is, this process will neither give any recommendation to individual countries or a group of countries, nor will it give any prescriptive policy to everyone. The result is that a lot of technical information will be collected without any clear recommendation to increase ambition on mitigation or finance.

“Under the Paris Agreement, GST was the main mechanism to raise ambition. With the nature of GST outcome being non-prescriptive in the Rulebook, the purpose of GST has now been largely watered down. Also, equity has been mentioned in the text, but there is no mechanism to operationalize it,” said Vijeta Rattani, Programme Manager, Climate Change, CSE.

Reporting and transparency: The Paris Agreement is built around countries reporting their progress on Nationally Determined Contributions (NDCs). Under the Rulebook, a detailed requirement has been set for reporting on mitigation, adaptation, impacts and finance. A certain flexibility has been provided to the developing countries, which have lower capacity to collect and analyse information, to provide less rigorous information. Developing countries will have to provide ‘self-determined’ timeframes for improving the quality and quantity of reporting.

It is to be noted that emerging economies like India had already informed that they would not need flexibility and would report in a manner similar to those followed by the developed countries.

Carbon market is the king: The Katowice CoP was extended for a day because countries had disagreements over the details of the carbon market mechanism. Market mechanism has emerged as the most important element of the Paris agreement.

Paris Agreement allows emissions trading markets between two or more countries (such as the EU Emissions Trading System), as well as a unified market for all countries (which succeeds the Kyoto Protocol’s Clean Development Mechanism). It also provides for a non-market mechanism to reduce emissions and enhance sinks in forests and land. There has virtually been no progress made on non-market mechanisms, while the negotiations on market mechanisms is now mired in technicalities.

The Clean Development mechanism (CDM) of the Kyoto Protocol had major problems, including cheap carbon credits, outsourcing of emission credits, corruption and non-additional projects, which subsequently left the overall emission reductions of the mechanism to doubt. Under the Paris Agreement, these drawbacks were to be removed so that real emissions reductions could be achieved. However, the rules made so far indicate that many of the problems of CDM like Overall Mitigation of Global Emissions, is likely to remain in the Paris rulebook as well. Also, the rulebook has different rules for different markets, which is non-transparent and makes emissions reductions unverifiable. Trading is allowed for sectors which are not covered in a country’s emissions targets, which will dilute the overall mitigation effect.

Currently, many technical issues of the market mechanism have been shifted to 2019. But, it is clear that under the Paris Agreement, carbon markets will be the main avenue through which countries are going to engage with each other.

“Countries are now on their own to mitigate, to adapt, and to pay the cost of climate impacts. The UNFCCC is now a platform to collect and synthesise information, and provide a forum to discuss and debate. It doesn’t have the tools to drive global collective action to combat climate change. In such a situation, one needs to seriously question the raison d'être of the UNFCCC,” concludes Chandra Bhushan.