The truth behind developed nations' pledge to mobilise climate finance 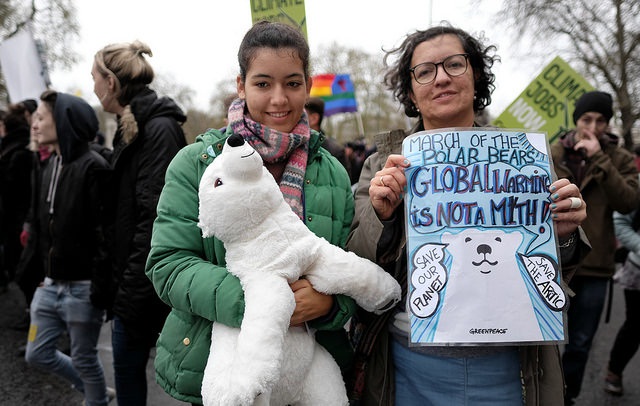 In 2010, developed countries came together at the United Nations Framework Convention on Climate Change (UNFCCC) and committed to an objective “of mobilising US $ 100 billion per year by 2020 to address the needs of developing countries…from a wide variety of sources”.

On September 6 this year, 19 governments met in Paris to discuss efforts for increasing climate finance and give a transparent account of their progress.

They claimed that they have achieved the 2010-2012 “fast start finance” commitment and their commitments to Green Climate Funds have enabled resource mobilisation of more than US $ 10 billion.

A couple of months before COP 21, the Organization for Economic Cooperation and Development (OECD), in collaboration with the Climate Policy Initiative, came out with a report—“Climate Finance in 2013-14 and the USD 100 billion goal”—to provide an estimate of how much climate finance has been mobilised and how close are the contributions of the developed countries in meeting their target of US $ 100 billion every year by 2020.

This report claims that a total of US $ 61.8 billion has been mobilised in total last year. This is higher than the US $ 52.2 billion spent on climate finance in 2013. 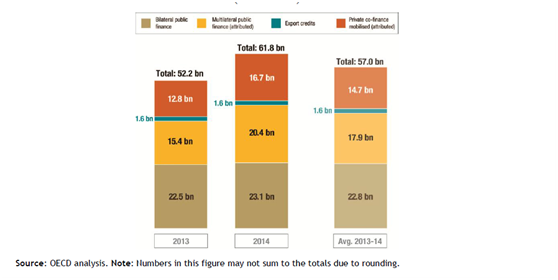 The report claims that “these figures reflect the results of an extensive data collection exercise in collaboration with the main providers of climate finance embracing the 29 members of the OECD Development Assistance Committee (DAC) and their bilateral development finance agencies, banksand institutions, the six main Multilateral Development Banks (MDBs) and key climate funds (Adaptation Fund, Climate Investment Funds and the Global Environment Facility and its trust funds) and the Nordic Development Fund.”

They reiterate that the figures do not account for the pledges made to the Green Climate Fund (GCF), which only became operational in 2014 and therefore, did not release any funds in 2014.

In response, to this meeting and the resulting joint statement and the OECD report, 112 groups from across the globe sent a letter to all those developed countries raising concerns regarding the US $100 billion target and its accounting.

They stated, “Accounting for climate finance will directly affect how much climate finance is delivered and in what forms, making it just as relevant to recipients as it is to contributors. Deliberations and decisions about transparency and how climate finance is defined and counted must be taken at the forum that is fully inclusive of all countries–i.e. the UN Framework Convention on Climate Change, especially its Standing Committee on Finance.”

The climate change finance unit in the Department of Economic Affairs, Ministry of Finance, questioned the credibility, accuracy and fairness of this report in a discussion paper. They raised these doubts:

According to the Climate Funds Update Website, till October 2015, only US $ 14.25 billion had been approved. These figures do not even portray the amount of funds disbursed.

The authors of the discussion paper—Dipak Dasgupta and Climate Finance Unit with the Ministry of Finance clearly say “The OECD report is deeply flawed and unacceptable. It repeats a previous experience we had of double counting, mislabeling and misreporting when the rich countries provided exaggerated claims of “fast-start climate financing” in the 2010-12 period which has been widely criticised.”

There is also a question of whether private finance should be included in the target of US $100 billion. Private finance cannot be used as a substitute for public funding.

The fact remains that climate finance is the most integral part of the deal in Paris and if this OECD report is any indication, then these exaggerated numbers can provide undue advantages to the developed countries in negotiations.

“The only hard number right we have right now is the US $ 2.2 billion in gross climate fund disbursement from 17 special climate finance multilateral, bilateral and MDB funds specifically created for this purpose, “says Dasgupta in the paper. This number was in June 2015; now the gross climate fund disbursement has increased to US $ 3.71 billion as on October 2015 according to the Climate Funds Update Website.