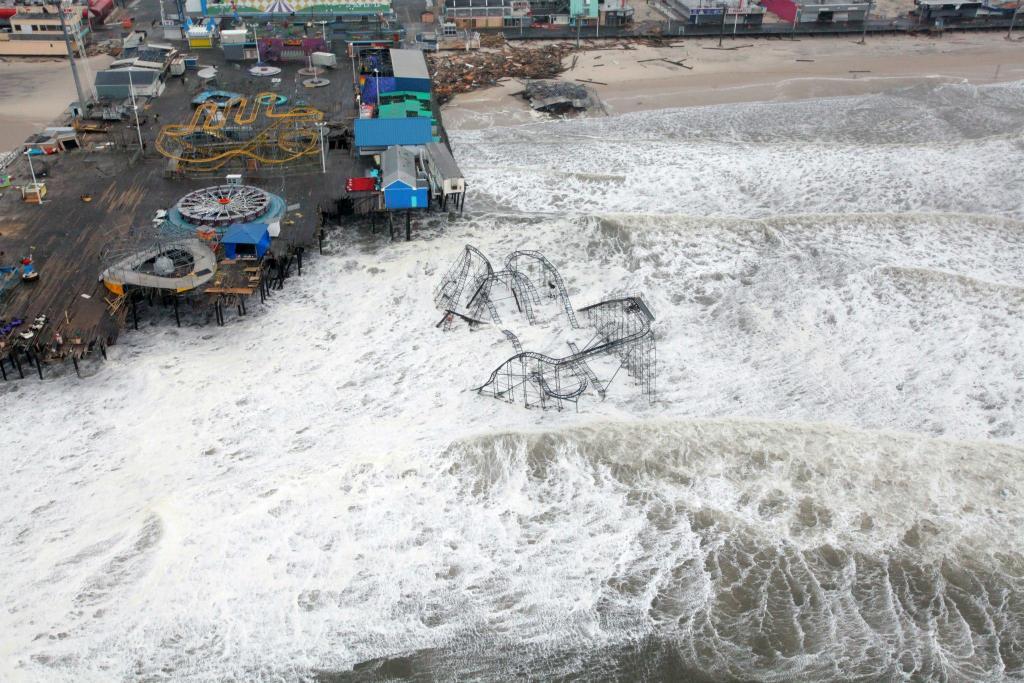 The United States of America is in for a warmer-than-usual December, according to projections by the National Oceanic and Atmospheric Administration (NOAA).

Only Washington and Oregon states in the Pacific Northwest will have a higher chance of experiencing a cooler-than-normal December, the weather forecasting agency said,

“The northern stretches west of the Great Lakes and the northeastern states of the country have an equal chance of experiencing either warmer or cooler than normal December,” said NOAA. 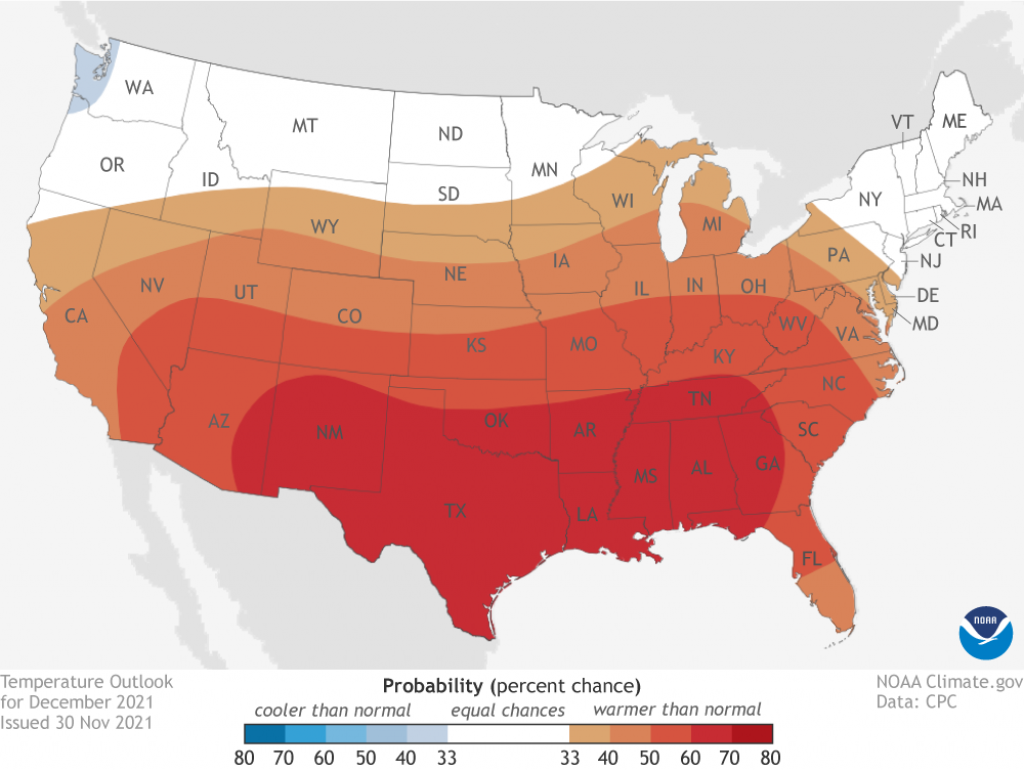 The climate outlook maps, according to NOAA, are not forecasts for absolute temperature or precipitation. Rather, the maps are a way of looking at how high or low is the chance (in percentage) of experiencing the said climate event. 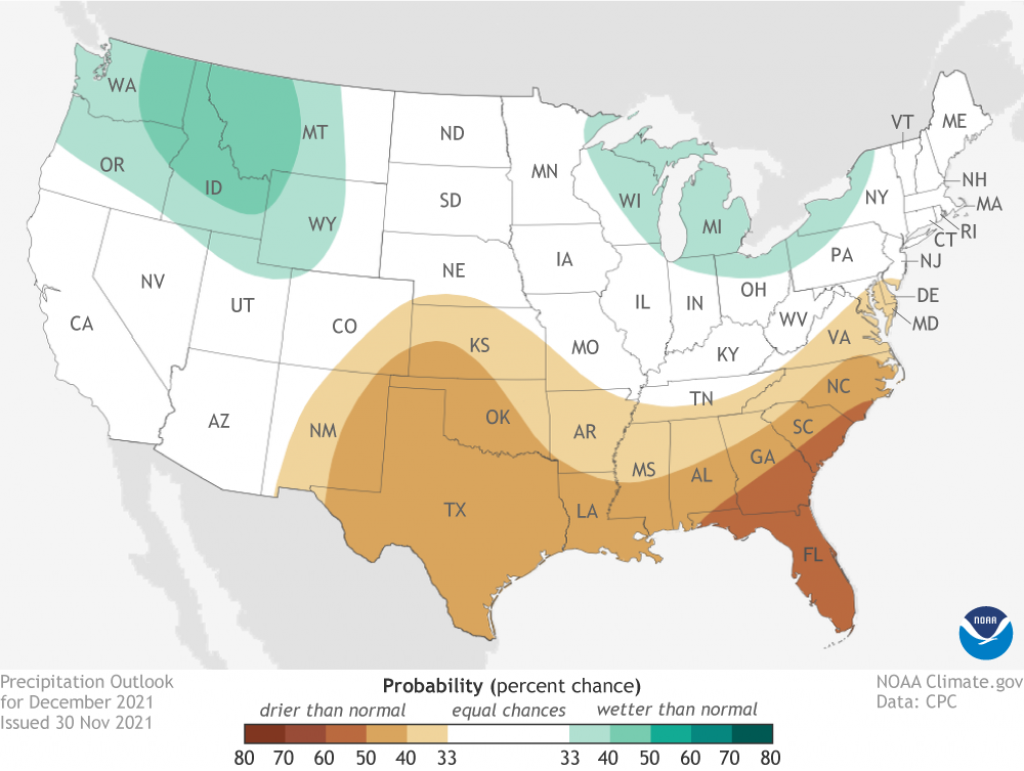 A wetter-than-normal December is expected in most of the northwestern states of Washington, Oregon, Idaho and some parts of Montana and Wyoming, while the neighboring areas surrounding the Great Lakes have a 33-40 per cent chance of having a wetter Christmas.

The climate outlook for the month of December has been shaped by the La Nina phenomenon. The La Nina, along with El Nino, make up the El Nino Southern Oscillation (ENSO) phenomenon. While El Nino tends to warm ocean waters, La Nina is the cooling phase.

This new area of research known as “extreme event attribution” emerged during the early 2000s, according to Carbon Brief, a climate science research organisation based in the United Kingdom.

With more than 350 peer-reviewed studies, this emerging field can link the abstract idea of climate change with tangible extreme weather experiences like forest fires in the Amazon or bushfires in California and Australia to sea-level rise in Bangladesh.

Around 70 per cent of the 405 extreme weather events, which the website tracked, were human-induced climate change, according to Carbon Brief.