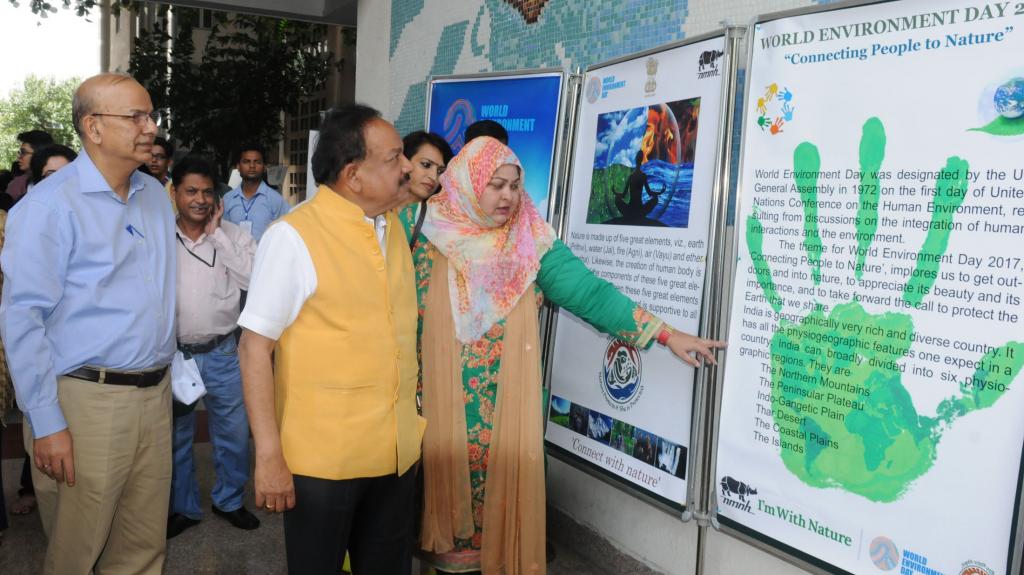 On February 1, 2018 Finance Minister Arun Jaitley will walk out for the fourth time with the union budget since the BJP-led NDA government was voted to power at the Centre. This is practically the government’s last opportunity to highlight its priorities. When it comes to India’s focus on climate change, an analysis of the country’s budget allocations paints a particularly interesting picture.

A lot has happened on the climate change front since Narendra Modi swept to power in 2014. Momentously, the Paris Agreement, signed by 195 countries (now 197 countries are on board), pledged to limit global warming to 2°C, and ideally by 1.5°C, by the end of the year. With global average temperature rise already going past 1°C and projected to go past the lower limit of the agreement by mid-century, the onus has now firmly shifted to countries’ commitments.

The urgency was reflected in the Paris Agreement getting ratified in less than a year, record time for an agreement of this significance and size. India, like all other countries, set out its targets to achieve the common goal. According to the countries’ submission at the UN, it would 1) reduce carbon emission intensity by 30-35 per cent below 2005 levels by 2030, 2) increase non-fossil-fuel-based energy contribution from the current 30 per cent to 40 per cent, 3) it would add 2.5 to 3 billion tonnes of CO2 equivalent of carbon sinks such as forests, and 4) it would mobilise funds—both domestic and international—to fulfill adaptation and mitigation goals.

So what does this mean for the country financially?

According to preliminary estimates in the Economic Survey of 2016, India’s climate action by 2030 will cost the country US$2.5 trillion or over Rs 150 lakh crore at 2014-15 prices. Of course, not all of this is budgetary expense, but budgetary allocation does reflect ambition of the government when it comes to the INDC (Intended Nationally Determined Contribution).

Climate change is primarily a subject under the purview of the Ministry of Environment, Forests and Climate Change (MOEF&CC). Since 2014, budgetary allocations have increased from Rs 1,599.24 crore to Rs 2,675.42 crore announced in the budget 2017-18. This constitutes an impressive increase of more than 67 per cent over three years.

However, the increase is less impressive when one sees where it is concentrated.

Revenue expenditure, which includes salaries and operational costs, has increased from Rs 1,531.88 crore in 2014-15 to Rs 2,635.39 crore in the budget of 2017-18. At the same time, capital expenditure, which includes cost of schemes and programmes, has, in fact, dropped by over 40 per cent from Rs 67.36 crore during 2014-15 to Rs 40.03 crore in the 2017-18 budget, raising doubts over India’s adaptation efforts, which mostly happen via schemes and programmes. However, it must be noted that while the MOEF&CC is the primary authority on climate change-related matters, multiple ministries have been running programmes with climate change-linked objectives. According to a policy paper by the Centre for Budget and Governance Accountability (CBGA), as many as 28 ministries have been involved in such programmes.

In India’s climate action plan, a big role is played by the coal Cess and the National Clean Energy Fund (NCEF). India has been lauded internationally for its forward thinking move in disincentivising coal. The Coal Cess or Clean Energy Cess was introduced in the budget of 2010-11 at Rs 50 per tonne. The collected Cess was to be transferred to the NCEF, created under the Ministry of New and Renewable Energy (MNRE), which would be used for clean energy projects. Over the years, the Cess increased and the NCEF ambit was widened to undertake environmental projects beyond those with just energy implications. The last increase happened in 2016 when Jaitley announced the doubling of the Cess from Rs 200 per tonne to Rs 400 per tonne. An instant effect could be seen as the CAG reported a 106 per cent jump in Cess during the year in its audit report.

While copious funds have been collected over the years, where have these been spent? According to the CAG audit report made public in December 2017 “A total of Rs 53,967.23 crore was collected as Clean Energy Cess during 2010-11 to 2016-17. Against this, only  Rs 15,483.21 crore (28.69 per cent) had been transferred to the National Clean Energy Fund in the Public Account, resulting in short transfer of Cess to the earmarked fund by Rs 38,484.02 crore (71.31 per cent).” According to a Parliamentary Standing Committee reply, an additional Rs 29,700 crore is expected to have been collected in 2017-18. A little over one-third of the funds have been transferred to the NCEF and, according to the Parliamentary Standing Committee reply, less than Rs 7,000 crore has been spent on projects.

According to the response to an RTI filed by news website Scroll.in, unspent funds amounting to Rs 56,700 crore would be diverted to compensate for losses incurred during the rollout of the ambitious Goods and Services Tax regime in 2017. This is despite the CAG report stating in no unclear terms that such measures were “not tenable” since the NCEF is a non-lapsable fund.

In effect, with no funds, the NCEF shall become defunct this year and the unspent money in its coffers is likely to be diverted to other more politically pressing concerns. How this shall be absorbed in the incumbent budget is remained to be seen. As of now, with a plethora of ministries hosting poorly inter-linked climate-related programmes, there is little clarity on where finance comes from and where it is being spent.

There is one area where one can afford optimism in public climate change finance arena. News reports in 2017 announced government’s plans to undertake a supplementary climate change budget on the lines of the gender budget, which will supposedly detail the pathways of public climate finance in the country. The move is in line with requirements of the Paris Agreement and follows similar moves by other governments in India’s neighbourhood. Such a measure, should it actually be carried through, will bring much needed transparency in climate action finance in the country and we will finally know for sure how and where the government’s priorities truly lie. 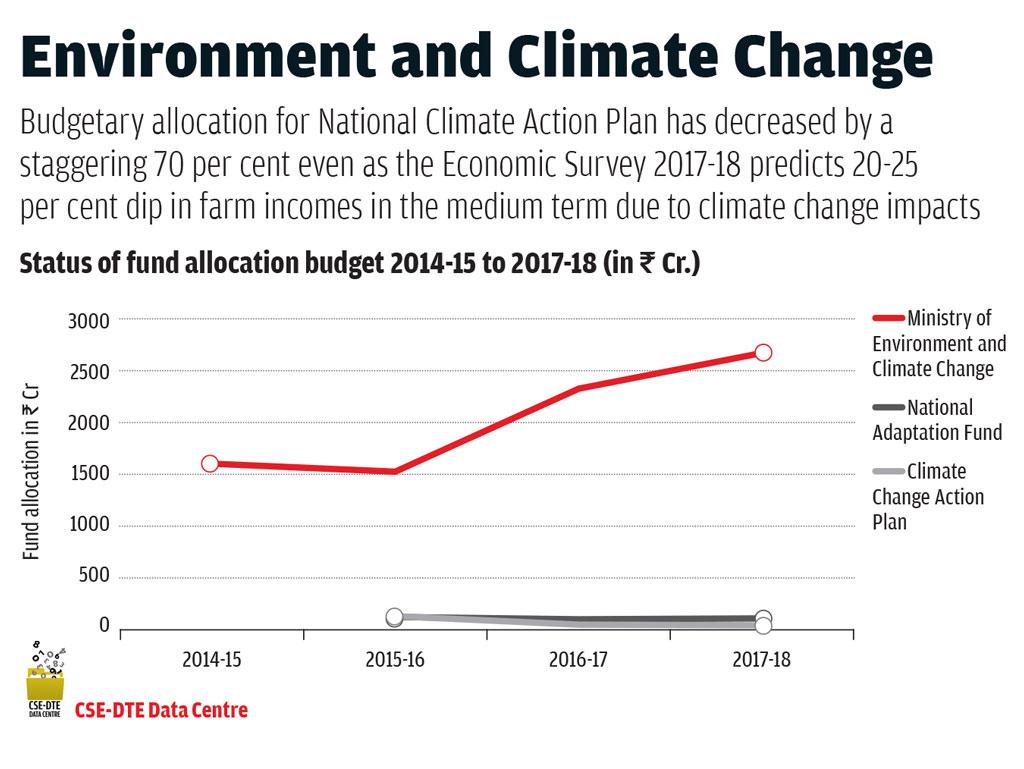