Uppada: On the frontline of the sea’s war on the Andhra coast

Chera Nagamani, now 45, could not see the Bay of Bengal from her home as a young girl in Uppada — a village near Kakinada in Andhra Pradesh's East Godavari district. Now, however, her modest, palm-thatched hut faces the sea. Several villagers who were closer to the shoreline than her have been resettled as the coast eroded away.

The plight of Uppada is typical of the problem of coastal erosion faced by the poor of a state 40 per cent of whose population lives by the coast.

As the sea ate away land inch by inch over the years, residents of Uppada were rehabilitated several times. Some can recount resettling thrice, the first time being 25 years ago — 300 households were moved by the NT Rama Rao government about 10 minutes from the current shoreline.

“As families grew, space was constrained,” said Venkateshwarulu, a fisherman whose father received land. Only those with money could afford to build houses, he added.

After the 2004 tsunami, another batch was rehabilitated. “But several preferred to stay back as the homes were far from the shore,” Venkateshwarulu said.

Many now seek a middle-ground as they confront a Catch-22. Erosion has forced them to resettle elsewhere but they don't want to move too far away from the coast as their livelihood is dependent on the sea. Some evacuees thus did not move into their allotted houses.

About seven colonies along the coast, including Mayapatnam, house around 500 families, Venkateshwarulu said.

Chief Minister Jagan Mohan Reddy promised 1.5 cents of land and houses to those living close to the sea in his electoral campaign.

People left out of rehabilitation now want the government to provide them houses as they realise it's a matter of time before their houses are gobbled up by the sea.

Erosion affected a third of India's coastal land between 1990 and 2016, according to a study by the National Centre for Coastal Research. It identified Uppada as a high-erosion prone area in Andhra Pradesh. The study found that with a rougher sea, India’s eastern coast was more prone to erosion.

The coastline of Uppada has been eroding at an average of 1.23 metres per year between 1989 and 2018, with the village losing over 126.7 acres of land in the last four decades, according to a study by researchers at Andhra Pradesh Space Application Centre (APSAC).

With high-intensity waves making the sea rougher on the eastern coast during the Northeast monsoon (October-December), villagers awaiting government action on resettlement feel that time is running out.

“During monsoon high tides and cyclones, we abandon our houses and stay elsewhere in public buildings such as schools,” said Nagamani, who is a casual labourer. “We are willing to shift the moment the government gives us the land,” she added.

Nagamani said hundreds of households like hers are waiting for the government to allot land and houses and are forced to pass each day gripped in fear, especially with the onset of the monsoon.

She claimed the government had excluded people like her in the resettlement programme while favouring the dominant community in the area.

Annavaram, a 64-year-old fisherman who claims to be among among the first lot more than 300 households to be rehabilitated, said the resettlement was for a cost.

“We could earlier get into the sea from the main beach using our small boats. Now, with a distant, inaccessible shoreline we are dependent on the harbour. We also lost a considerable amount of salt pans, a source of livelihood,” he said.

In 2010, to allay the growing fear of the residents, geo tubes and bags were laid for 1,463 metres along the Uppada coastline to act as a sea-wall. Placed along the coast to prevent high waves and arrest erosion, these giant tubes are made of geotextile fabric like synthetic or natural polymer and filled with sediments.

While residents pinned their hopes on those tubes, most of them along the Kakinada-Uppada beach road were damaged during successive cyclones in 2016 and 2019.

“We thought they (geo tubes) would save us. But now they are also falling apart,” said Cheri Seenu, a 50-year-old fisherman, among those awaiting a resettlement package. 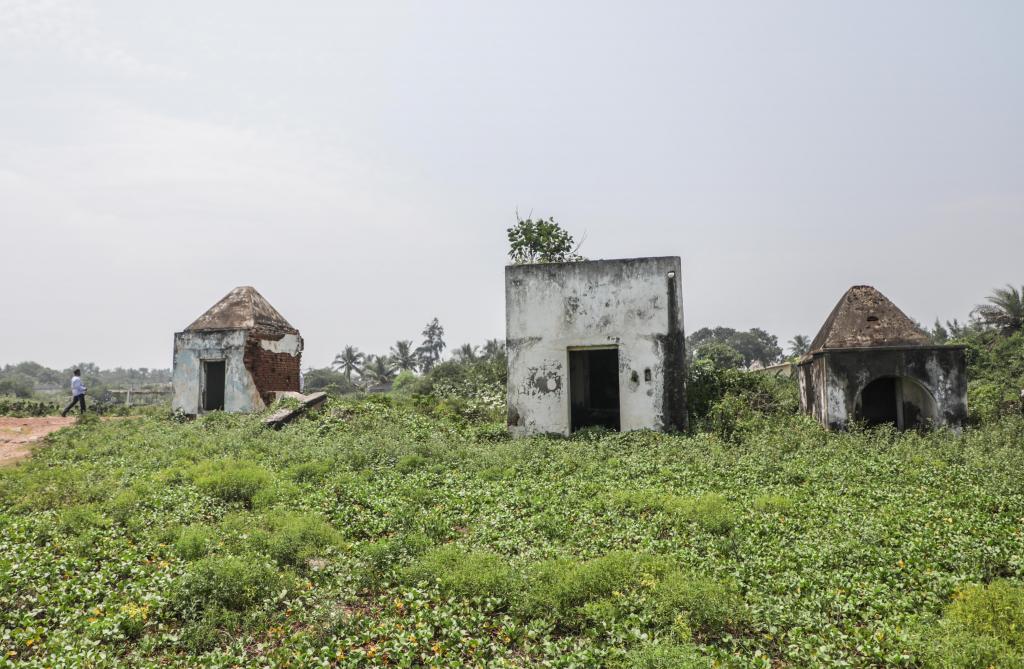 Research by APSAC indicated that geo-tubes might be effective initially but can't stop changing wave patterns from eroding Uppada’s shoreline.

Realising that resettlement is time consuming, the villagers want proper maintenance and repair of the damaged geo tubes. They, however, feel that an effective and well-maintained seawall can be the only solution.

Fishermen like Seenu are hopeful that the Reddy government will honour the electoral promise and rehabilitate them on priority.

Their demand is of alternative houses closer to the shore so that they can continue to engage in their livelihood of fishing without any hassle.

“If they don’t act soon, we will be washed out,” said Seenu looking at the powerful waves that were violently lashing onto the damaged geo tubes.