Is Trump doing what his people want? 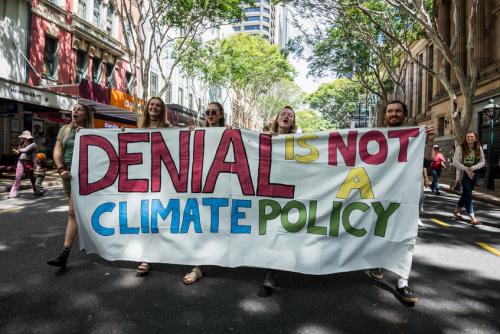 US President Donald Trump will soon announce his decision on Paris Agreement—if the world’s largest polluter remains in the climate treaty or leaves it. It has been suggested that Trump will drop out of the deal, which is puzzling, as American citizens want their country to participate.

A survey published by Yale University’s Program on Climate Change Communication on May 8 says that majority of the Americans support the idea that US staying in the Paris deal.

Researchers at Yale asked two questions to understand the positions of the respondents. The first question was, “How important is it that the world reach an agreement this year in Paris to limit global warming?” The second question was: do you think the US should participate in this agreement, or should it not? In response of second question, 67 per cent have given affirmative answer.

In a nationally representative survey conducted after the election, the researcher found that seven in ten registered voters (69 per cent) say the US should participate in the agreement, compared with only 13 per cent who say the US should not. Studying the respondents on the basis of their political preferences, the survey finds 86 per cent of the Democrats and 61 per cent of the Independents supporting the Paris deal. Interestingly, over half the people (51 per cent) inclined towards Trump’s Republican party also say that US should participate (this includes 73 per cent of moderate/liberal Republicans). 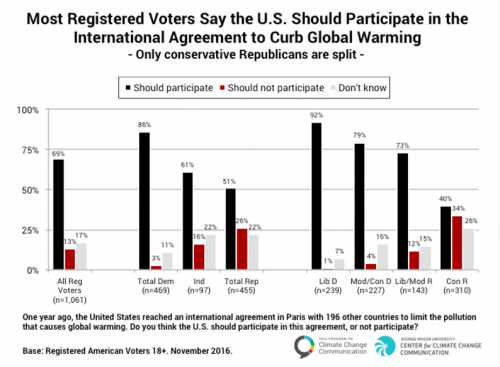 As per the survey, around 47 per cent of the people who voted for Trump in the election, side with staying in the Paris Agreement. Some 28 per cent Trump voters said against it. 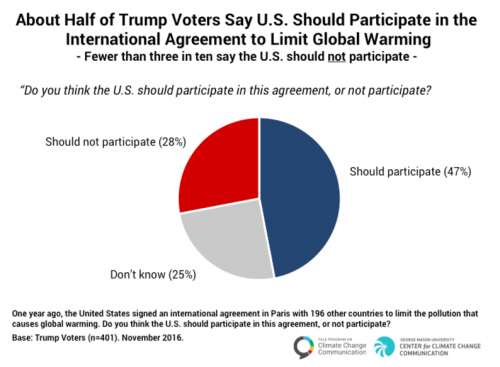 The landmark Paris deal was negotiated in December 2015, when almost all countries of the world came together to finalise a global agreement on limiting global warming. In April 2016, USA and 174 other countries signed the agreement, with most of the others following suit since then.

President Trump has been against the deal since his electoral campaign. He has also denied the impacts of climate change.