The garden is minor part of state’s largest germplasm collection of rare, endemic vegetation, put together by Uttarakhand forest dept in last 3 yrs

Some beautiful photographs of the Tulip garden in Uttarakhand’s Munsiyari town that gained traction on the internet a few days ago offered nature lovers some joy amid the ensuing novel coronavirus disease (COVID-19) pandemic.

Tulip garden is a minor part of the state’s largest germplasm collection of rare and endemic vegetation biodiversity, which has been put together by the Research Centre of the Uttarakhand Forest Department in last three years.

A report on this was released by Sanjiv Chaturvedi, head of research centre on May 24, 2020 at Haldwani.

Germplasm is living genetic resources such as seeds or tissues that are maintained for the purpose of animal and plant breeding, preservation and other research uses. These resources may take the form of seed collections stored in seed banks, trees growing in nurseries, animal breeding lines maintained in animal breeding programmes or gene banks, etc.

Biggest in the state and third in country

Chaturvedi told Down to Earth that this was the biggest germplasm collection in Uttarakhand and third at national level after National Botanical Research Institute in Lucknow and Botanical Survey of India in Kolkata. Unlike Forest Research Centre, these two have national mandate along with larger resources and funding.

“People at large are suffering from Plant Blindness, a term coined in 1998 by Elizabeth Schussler and James Wandersee, a pair of US botanists and biology educators. They described it as ‘the inability to see or notice the plants in one’s own environment’. We feel more driven for the conservation of charismatic wildlife species but not the plant diversity.

Uttarakhand is home to a vast variety and unique range of floral and faunal diversity.

The diversity under 1,503 genera and 2,133 families of flowering plants, including 93 endemic species, is harboured in various vegetation types, ranging from subtropical forests in upper Gangetic plain and Shivalik in the south to arctic-alpine vegetation of trans-Himalayan cold desert in Uttarkhand, according to studies.

Chaturvedi explained that a total of 386 species with medicinal properties have been conserved. For instance, medicines prepared with the bark of Texus Beccata, also known as Himalayan Yew, are considered one of the best cure for breast cancer.

Similarly, locally herb Van Kakri remains in great demand because of its enormous medicinal benefits, like lowering cancer risk, detoxification of body, and maintaining kidney and intestine health. The nurseries of this species have been prepared at Badrinath and Munisyari. 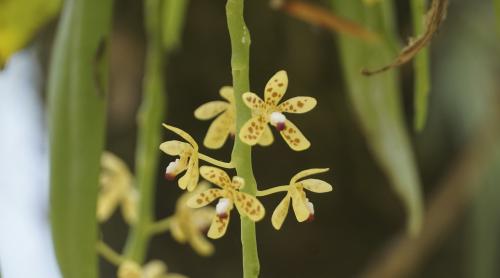 Around 150 cactus and succulent species, 22 aquatic species, 25 moss and two species of liverworts have been conserved as well.

The research wing of Uttarakhand Forest Department has conserved 1,145 species through in-situ and ex-situ conservation measures. Out of these, 1,072 species have been identified and 73 are yet to be identified.

A total of eight species among these are critically endangered and 23 are endangered; 14 species are vulnerable and 12 are near threatened, according to IUCN categorisation.

Over grazing, excessive extraction of medicinal vegetation, deforestation and climate change variation has pushed numerous into extinction. Hence, it has become vital to conserve gene pool of existing indigenous and introduced species for posterity. 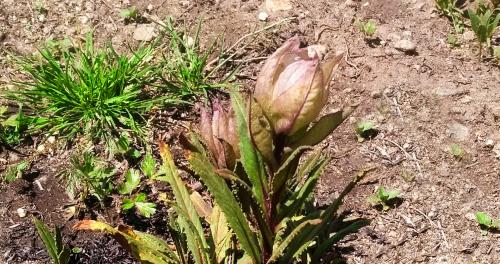 Explaining about vegetation extinction, Chaturvedi said Thali plant species, once abundant in the Didihat region of Pithoragarh and Nainital, have now gone extinct. Despite concerted efforts, he could not retrieve a single plant to create its germplasm.

Patwa plant, after which the renowned Patwadangar town of Nainital was named, has disappeared to large extent.

“We are fortunate to protect some 150 patwa plants and prepared  their germplasm well in time this time around,” he added.

The collection has been prepared in all eight ranges of research centre — Gopeshwar, Uttarkhasi, Dehradun, Haldwani, Lalkuan (near Haldwani) Ranikhet, Naintial and Pithoragarh encompassing all three Himalayan altitudes.

The nurseries of state flower of the state, Brahmkamal, which grows only in high altitude areas, were prepared in Gopeshwar along with much-hankered-after flower blue copy. Mandal, a town in Chamoli district, was selected for insectivorous plants.

Riparian species were grown in Dehradun and Haridwar, cactus and supplements in Haldwani followed by musk and wildlife fruit berries in Nainital and oak, pine, fern and bamboo species in Ranikhet. 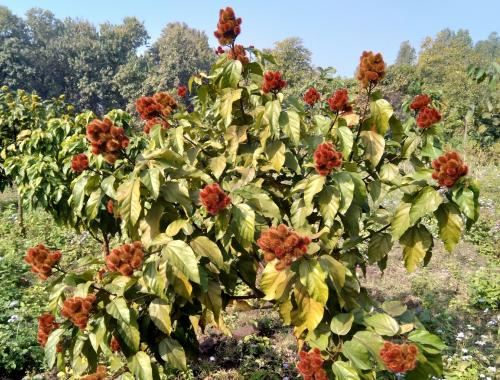 In case of tulip bulbs, which he said look attractive because of their captivating appearance, is still under their observation for its impact on biodiversity.

“It is very important to know the impact of a species, introduced from outside, on the indigenous vegetation in the region. It can have long term consequences and ecological side effects. Take the case of lantana, which was introduced as an ornamental plant, but turned out to be a menace as it spread like wild fire and blocked the growth of native species in its surroundings," he said.

He added: "Similar was the case of Chir Pine which also grows in tough conditions and multiplies, not permitting growth of any other plant or grass under it. It also has other detrimental impacts like it causes wild fire and depletes ground water."

He added they are studying the impact of tulip and see if it can co-exist well with other species.

Chaturvedi was appointed head of the research wing after he was moved to Uttarakhand three years ago. However, all four positions under him — two of divisional forest officials and two of sub-divisional officials — have been lying vacant.

The annual budget to the tune of Rs 2.5 crore to the department continue to be the same for almost a decade, according to reliable sources.

Neha Verma, additional forest secretary, said the state government would look into the issue of pending vacancies and budget constraints with regard to research centre. It is tied down with the pressing issues related to COVID-19 pandemic for now.