Villages in Pakistan's Sindh losing their fight with climate change 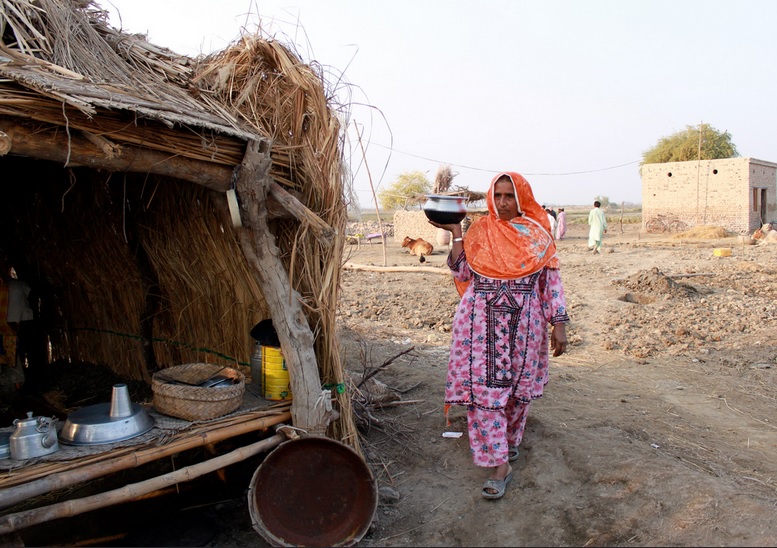 Environmental degradation and climate change are posing a major threat to villages of Sindh, one of the four provinces of Pakistan, and located in southeast part of the country.

A recent study of disaster-prone areas in Sindh has highlighted the vulnerability of the region and its people. Titled, Gender and Social Vulnerability to Climate Change, the research was conducted in four districts of Sindh—Badin, Dadu, Tharparkar and Thatta. The 62 village communities included in a survey done for this study were assessed for vulnerability and capacities index, a rating that looks at various drivers of vulnerability.

“Overall the survey households and communities were found to be highly vulnerable with very limited adaptive capacity,” says the report published by Pakistan-based think tank Social Policy and Development Centre. The report also talks about how focus group discussions revealed that the “already disadvantaged position in society is made much worse by the challenges posed by climate change”. For example, as the quantity and quality of food available to families reduces due to extreme weather events like untimely rains and extreme winters, women’s share of food nutrition falls disproportionately.

The report cites an example from Tharparkar village whose residents say that June 15 was the time when the rains would always come, but now it is unpredictable. Average temperature has increased. June and July were always the summer months but now there are longer periods of heat. In the past, April and May, were never so hot. The changes in seasons, temperature, rainfall, and so on have led to resultant changes in the local flora and fauna. People in irrigated freshwater communities noted the loss/reduction of many species of trees and plants, such as babbar (Acacia nilotica), mango, jar (Salvadora persica), olive trees and some species of grass, says the report.

The fragmented and relatively ineffective institutions managing climate adaptation add to the problem. While the older institutions that have the budgets and legal mandate to (somewhat indirectly) tackle climate-related challenges, the purpose-built newer institutions have no budgets, says the study.

Dwindling stock of fish in some villages, triggered by commercial fishing or marine flooding, have posed a danger to livelihood activities. “This fragility of the livelihood base, particularly in terms of its susceptibility to commercial exploitation and environmental degradation, is one of the main reasons that the fishing communities in the sample in particular, and in Pakistan in general, are highly vulnerable,” says the report.