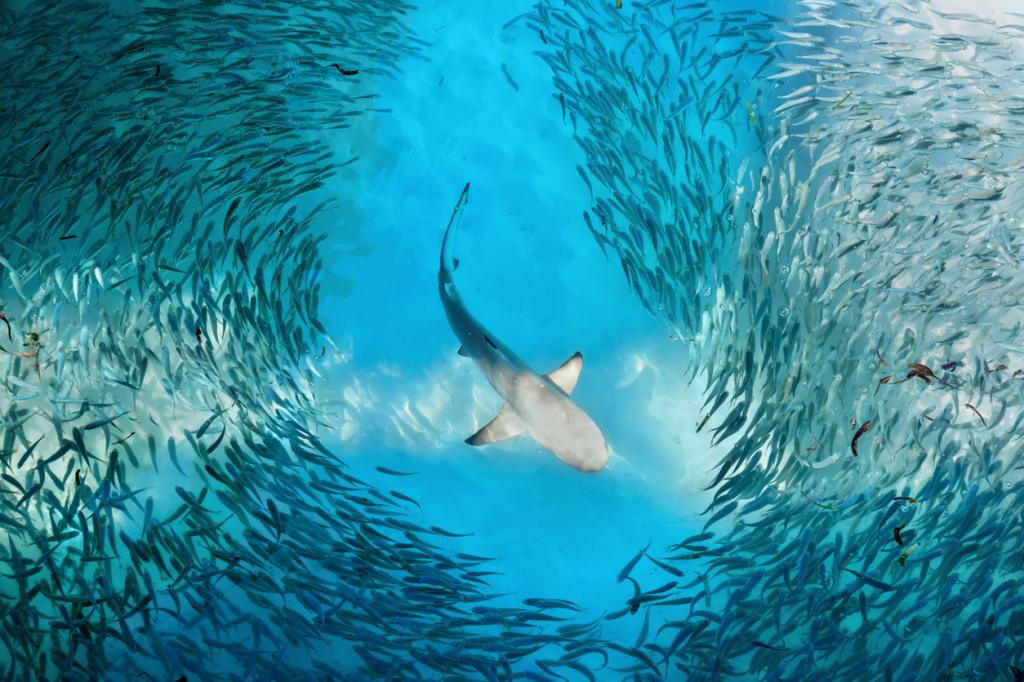 Predators inhabiting warmer waters appear to have developed a voracious appetite due to human-induced climate change, according to a new study.

High predation rates could impact the prey by changing their abundance and composition, the study published in Science warned.

“The prey will also be impacted by possibly growing faster or bigger, and fuelling a higher predation rate,” Gail Ashton, lead author of the report and marine biologist with the Smithsonian Environmental Research Center, told Down To Earth.

These changes could disrupt balances that have existed for thousands of years. “Now, suddenly we’re ramping up the temperature at a much higher rate,” Gail said in a statement.

The implications of warming waters are not clear, the researchers said. Past research has hinted at the possibility that the tropics, which have warmer waters, are likely to see high predation rates. But other smaller studies have shown conflicting results.

This is because smaller studies have focused on latitude rather than the temperature of the environment, according to Gail.

Gail and her team performed a study covering a larger geographical area. They selected 36 sites dotting the Atlantic and Pacific coasts of the Americas — from Alaska in the north to Tierra de Fuego at the tip of South America.

The team aimed to evaluate whether the intensity of predation and its impacts decrease from tropical to subpolar latitudes in coastal marine ecosystems.

“Specifically, we assessed the impact of fish and other large, mobile predators on sessile [immobile] marine invertebrate communities,” the researchers wrote in their study. Examples include algae, bryozoan and sponge.

Next, researchers performed three sets of experiments to evaluate how predators and prey interact at each site during summer.

In the first experiment, the team used dried squid baits to measure how much of them were consumed in an hour.

The warm tropics saw a greater predation activity. In waters with temperatures below roughly 20 degrees Celsius, the predation intensity was zero, according to the findings.

The following experiments measured the longer-term impacts of predator activity on prey.

In the second experiment, the team allowed the invertebrate prey communities to colonise and grow on underwater plastic panels for three months. They were caged to keep out fish larger than one centimetre.

The third had the same setting, except that the team uncaged half of the panels for two weeks after being kept underwater for 10 weeks.

The results showed that predators exerted larger effects on prey communities when temperatures were high.

In colder sites, according to the study, predators did not pose much threat to prey, regardless of whether they were caged or uncaged.

The team also recorded a change in the composition of the prey communities with temperatures.

For example, predators prefer to feed on prey such as solitary, bottle-shaped tunicates, also called sea squirts. These organisms suffered major losses in the tropics.

This allowed another prey — encrusting bryozoans or moss animals — to flourish as they were not sought after by the predators, according to the findings.

The report suggested that some prey species will be winners and others losers.

“In this case, bryozoans could be seen as winners and tunicates as losers,” Gail explained.

However, she acknowledged that the experiments were conducted on a short-time scale and that things could change over longer periods. Still, she added, some species might not be equipped to cope with the changes.

The researchers hope to answer more questions in the future. “We were not able to capture the identity of predators in this experiment. It would be great to have 36+ cameras to deploy alongside any future prey communities,” said Gail.

They aim to replicate these experiments along another continuous coastline. It would be great to repeat the same experiments 10 years later to check for changes in communities or predation rates, the expert highlighted.