What Chennai (and India) must do to prevent urban flooding

Infrastructure upgradation, coordination between government agencies and nature-based solutions is the mantra to Chennai’s flood woes 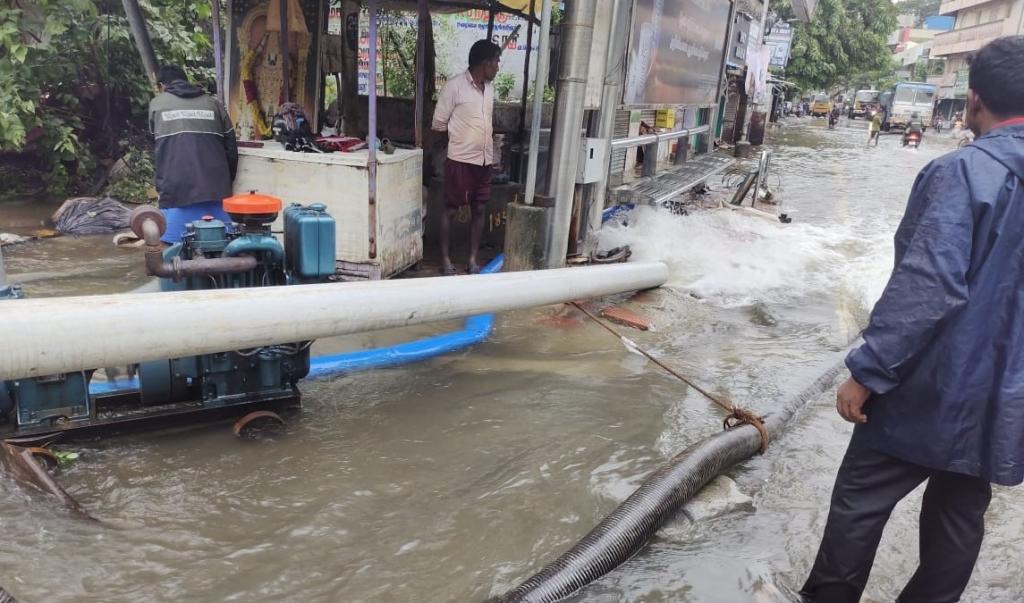 Water being pumped out from a flooded Chennai street. Photo: @chennaicorp / Twitter

Chennai has seen a redux of what it witnessed in 2015: Some of the worst flooding in recent memory as extremely heavy rainfall pounded the city in the past few days. The city has not learnt any lessons from 2015. It should take a number of measures to prevent a recurrence, according to experts.

This was because of its density of population as well as underdeveloped infrastructure and poor management across institutions.

“For example, the coordination between water resources and disaster management authorities needs combined coordination and responsibility for disaster risk management,” he told DTE from Glasgow, where he is attending the 26th Conference of Parties to the United Nations Framework Convention on Climate Change.

Amarnath’s statement is vindicated by the recent development that government mismanagement could have played a role in the flooding.

Gagandeep Singh Bedi, the commissioner of the Greater Chennai Corporation, found that flooding in the T Nagar neighbourhood of the city had been caused because of the Smart City Project.

The project in T Nagar, a posh residential and commercial locality, included the construction of stormwater drains which have now been found to have faulty construction design. The are still has knee-deep water.

Chief Minister MK Stalin told the media that the earlier All India Dravida Munnetra Kazhagam government had taken ‘bribes’ and had done a ‘haphazard job’ under the Smart City project. Hence, T Nagar had experienced damage due to water-logging.

“We don’t really plant the trees that are required in an urban system. We don’t allow for groundwater recharge. Our drains are still of one metre width and less. They are from British times and need to be upgraded in line with the growing population and rapid development,” Amarnath told DTE.

“It is important to ensure adequate space for river and flood plains to capture discharge given that high-intensity rainfall has increased over the past decades in the city. The city will remain flooded unless you can pump out the water. And pumping out the water will depend upon your readiness and preparedness of flood management,” Amarnath said.

There was a need to translate traditional water infrastructure investment into nature-based solutions, make room for rivers and invest in healthy watersheds.

He said it was also important to utilise the power of digital technologies including satellite data to digitise informal settlements and identify levels of vulnerability for flood protection strategies and  government need to ensure timely actionable information including financial supports.