At the same time, the demand for wheat is expected to increase by 60 per cent by the middle of the 21st century 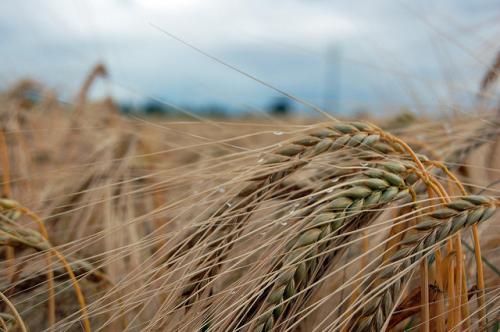 A new research that assessed the impact of global temperature change on crop yield has found the production of wheat—an important part of diets worldwide—will decline as temperatures increase. At the same time, the demand for wheat is expected to increase by 60 per cent by the middle of the 21st century, as per the Food and Agriculture Organization (FAO).

The global population is currently over 7 billion and is forecast to rise to at least 9 billion, and potentially up to 12 billion, by 2050, which will put more pressure on agricultural land and water sources. Wheat is one of the most consumed crops in the world.

With a 1 ◦C global temperature increase, global wheat yield is projected to decline between 4.1 per cent and 6.4 per cent. The paper was published in journal Nature.

The effect could be worse on warmer countries. Smallholder farmers in African nations and India, who are largely responsible for wheat production, will bear the brunt in such a scenario. The study estimates about 8.0% yield declines per 1 ◦C of global temperature increase in India. In Egypt, simulations showed about 11% and 20% decline in yield with 1 ◦C temperature rise.

Climate change may also have a slightly positive impression on food production.”Some or all of the negative global warming impacts on wheat yield might be compensated by increasing atmospheric CO2 concentrations under full irrigation and fertilization,” the paper says.

Research on crop yield in relation to temperature rise is not new. However, this paper integrates results from three different methods improving “the estimated impact precision and confidence in assessments of climate impacts on global food security”.

Such research may be crucial in determining appropriate global food security strategies.