What induced the Indian Ministry of External Affairs to issue a statement endorsing a plan that could result in loss of human life, and have negative economic and ecological repercussions for India 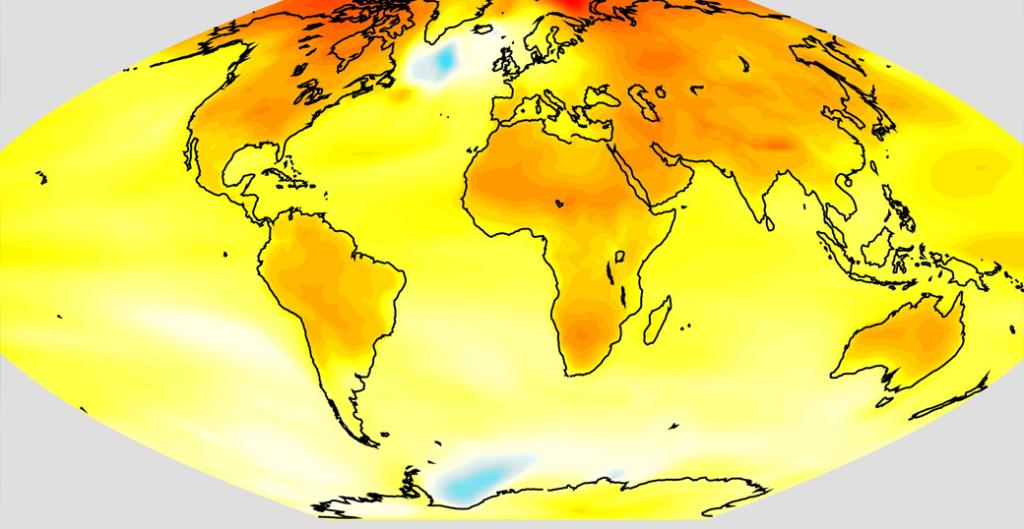 George W Bush's plan to tackle global warming, announced on Valentine's Day, invoked anger and ridicule from governments and non-government organisations alike. It was seen, rightly enough, as sleight of hand, an attempt to fool the world. Bush rejected the Kyoto Protocol, under which the US would have to reduce aggregate greenhouse gas (GHG) emissions by 7 per cent compared to 1990. But he offered instead to cut greenhouse gas intensity by 17.5 per cent by 2012 (see background information).

Given that the greenhouse gas intensity in the US has been falling faster than this rate anyway since the mid-1990s with no effort on part of the US government, Bush's plan promises to do precisely nothing to reduce aggregate US emissions. Instead, 2012 emissions in the US will actually be 30 per cent above 1990 level if this plan is implemented.

Even staunch US allies have smelt a fish. Japan, for example, has asked the US to set targets to actually reduce GHG emissions rather than seek intensity cuts. According to UK environment secretary Margaret Beckett, Britain has protested at "the highest level" to President George Bush about his environmental policy, [which] is "very disappointing" and will not work.

Then why did the Indian Ministry for External Affairs (MEA) issue a statement on February 18, 2002 welcoming Bush's policy statement? Particularly since India is among the nations that are likely to be worst hit by climate change unless countries like the US reign in their

GHG emissions? India stands to incur huge economic losses if the monsoon is disrupted due to climactic changes, or if climate change leads to an increased frequency of extreme events such as typhoons, floods and droughts, water scarcity, increased incidence of vector borne disease, and heat stress.

Moreover, the Indian position at the climate change negotiations has been to staunchly argue that industrialised countries should be the first to cut GHG emissions, given their higher contribution to the problem - while Bush, in his policy statement, states that countries like India and China "cannot be absolved of their responsibility". The MEA statement weakly defends this position - but only after welcoming Bush's new policy.

While the motives of the MEA are not immediately clear, there seems to be only one reason to explain this wanton act of extreme foolishness -- that the MEA came under pressure from the isolated US government to show support for a plan that everybody else was junking, and was pathetic enough to oblige (perhaps to earn brownie points over Pakistan, given the present political situation between the three countries?). The US government is not known for its subtlety while buying support, so offers to fund vague climate change related projects in India could possibly have helped oil the wheels.

A direct phone call to the MEA did not solve the mystery of why the statement was issued, and to whom, since none of the journalists we contacted had any prior knowledge of it.

Recommends cuts in power plant emissions of nitrogen oxides (67 per cent), sulphur dioxide (73 per cent) and mercury (69 per cent). These cuts will be completed over two phases, with one set of emission limits for 2010 and the other for 2018. Market-based cap and trade approach will be used to achieve these cuts. Each power plant facility will get a tradable permit to emit.

The proposal falls short of imposing similar cuts on carbon dioxide emissions from power plants. Carbon dioxide is one of the main greenhouse gases (GHG) whose increasing concentrations in the atmosphere contribute to global warming and climate change.

GHG intensity to decline by 17.5 per cent by 2012. GHG intensity is a measure of GHG emissions per unit of economic output, usually expressed in terms of gross domestic product (GDP). In 1990-2000, the GHG intensity in the US fell by about 17 per cent, but the total emissions increased by 14.7 per cent. The cut in intensity proposed by Bush is almost the same as the reduction achieved in the last decade. Over the next ten years, GDP is projected to increase at approximately the same rate as in the past decade. As a result, the total emissions will increase by about 14 per cent, even as GHG intensity declines by 17.5 per cent. Bush's plan aims for nothing else but maintaining the status quo. Under the Kyoto Protocol rejected by the US in 2001, it had to bring down its emissions to 7 per cent below 1990 emission levels. -    "If, however, by 2012, our progress is not sufficient and sound science justifies further action, the US will respond with additional measures that may include broad-based market programmes as well as additional incentives and voluntary measures designed to accelerate technology development and deployment," Bush while announcing the plan. The stress is on voluntary measures and there is no mention of binding, definite targets to reduce GHG emissions. -    "….developing nations such as China and India already account for a majority of the world's greenhouse gas emissions, and it would be irresponsible to absolve them from shouldering some of the shared obligations."

Industrialised countries owe their present economic prosperity to years of unrestrained carbon dioxide emissions into the atmosphere - a global common. They are primarily responsible for the problem of global warming whose maximum adverse effects will be borne by developing countries. Since it has not been possible to delink carbon dioxide emissions from economic growth, the South needs the space to increase their emissions to further their development goals. Imposing limits on their emissions at this stage will amount to putting a freeze on the existing inequality between the North and the South.