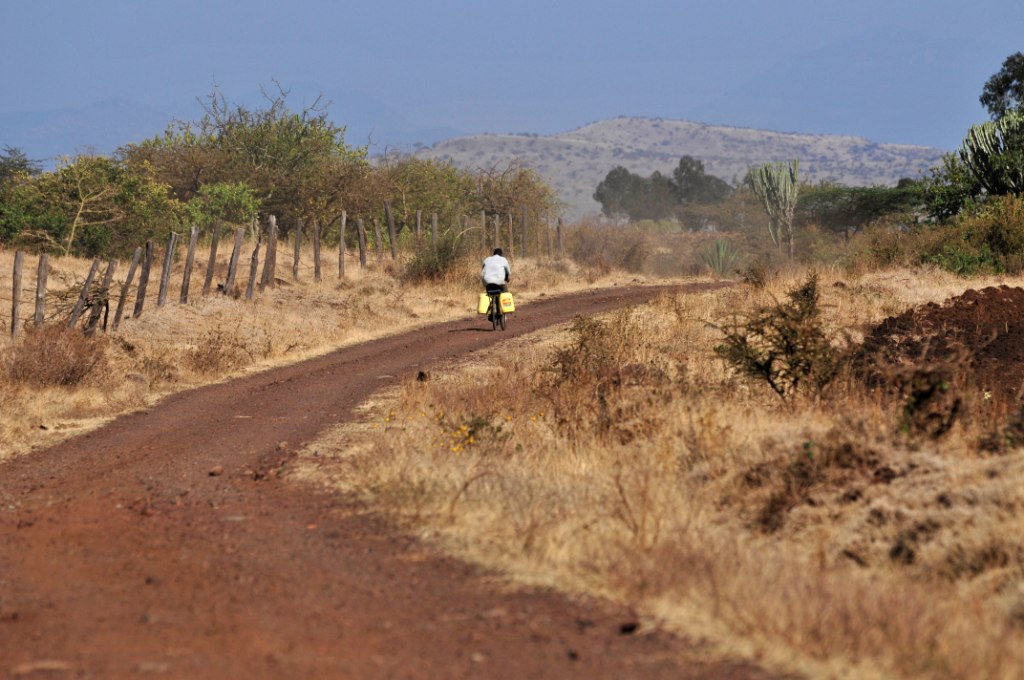 The World Bank has called for a $16 billion funding for fast-tracking climate adaptation in Africa. Credit: Neil Palmer/Flickr

A new business plan launched by World Bank to help the Africa fight and adapt to climate change may still hurt large parts of the continent even with the two degrees rise in the global temperature. While the Bank has called for a funding of 16 billion dollars to support the African nations, especially some of the sub-Saharan countries, the report shows some unavoidable damages.

Consider this: while the adaptation needs for the continent of Africa to climate change currently amount to $5–10 billion per year in order to adapt to a 2°C warming, they could be as high as $20–50 billion around mid- 21st century, and close to $100 billion in case of a 4°C warming. According to a new report by the World Bank, the volume of climate finance flowing to Africa pales in comparison with the needs. Current levels of funding for adaptation in Africa amount to at most $3 billion per year, which is inadequate considering the needs.

Titled Accelerating Climate-Resilient and Low-Carbon Development, the Africa Climate Business Plan will be presented at COP21, the global climate talks in Paris, on November 30. It lays out measures to boost the resilience of the continent’s assets - its people, land, water, and cities - as well as other moves including boosting renewable energy and strengthening early warning systems for extreme weather.

“Sub-Saharan Africa is highly vulnerable to climate shocks, and our research shows that could have far-ranging impact - on everything from child stunting and malaria to food price increases and droughts,” said World Bank Group President Jim Yong Kim. “This plan identifies concrete steps that African governments can take to ensure that their countries will not lose hard-won gains in economic growth and poverty reduction, and they can offer some protection from climate change.”

Of the $16 billion that the ambitious plan proposes for fast-tracking climate adaptation, some $5.7 billion is expected from the International Development Association (IDA), the arm of the World Bank Group that supports the poorest countries. About $2.2 billion is expected from various climate finance instruments, $2 billion from others in the development community, $3.5 billion from the private sector, and $ 0.7 billion from domestic sources, with an additional $2 billion needed to deliver on the plan.

“The Africa Climate Business Plan spells out a clear path to invest in the continent's urgent climate needs and to fast-track the required climate finance to ensure millions of people are protected from sliding into extreme poverty," explains Makhtar Diop, World Bank Group Vice President for Africa. "While adapting to climate change and mobilizing the necessary resources remains an enormous challenge, the plan represents a critical opportunity to support a priority set of climate-resilient initiatives in Africa."

Climate-related factors will make poverty reduction more challenging in the future. According to the report, warming on the order of 1.5°C–1.75°C above pre-industrial levels is virtually unavoidable, as a result of past emissions of greenhouse gases. This warming (which could well be higher for parts of Africa) will cause loss of cropland, reduce crop production and fish catches, worsen undernourishment, and increase the risk of drought.

If existing policies are not scaled up to attain the abatement targets that countries formulated in the lead-up to the Paris climate summit in December 2015, warming could approach, or even exceed, 3°C above preindustrial times. Such an increase would have disastrous consequences for Sub-Saharan African. Warming in the range of 3°C–4°C above preindustrial temperatures would result in heat extremes affecting the vast majority of the continent’s land area, heightened risks of extreme drought (particularly in southern Africa), sharp increases in the rate of crop failure (up to every other year in southern Africa), a 20 per cent reduction in the yields of major staple crops, and, by the end of the century, flooding that would affect up to 18 million people a year.