World will witness 2.9 to 3.4°C temperature rise even if Paris deal fully implemented 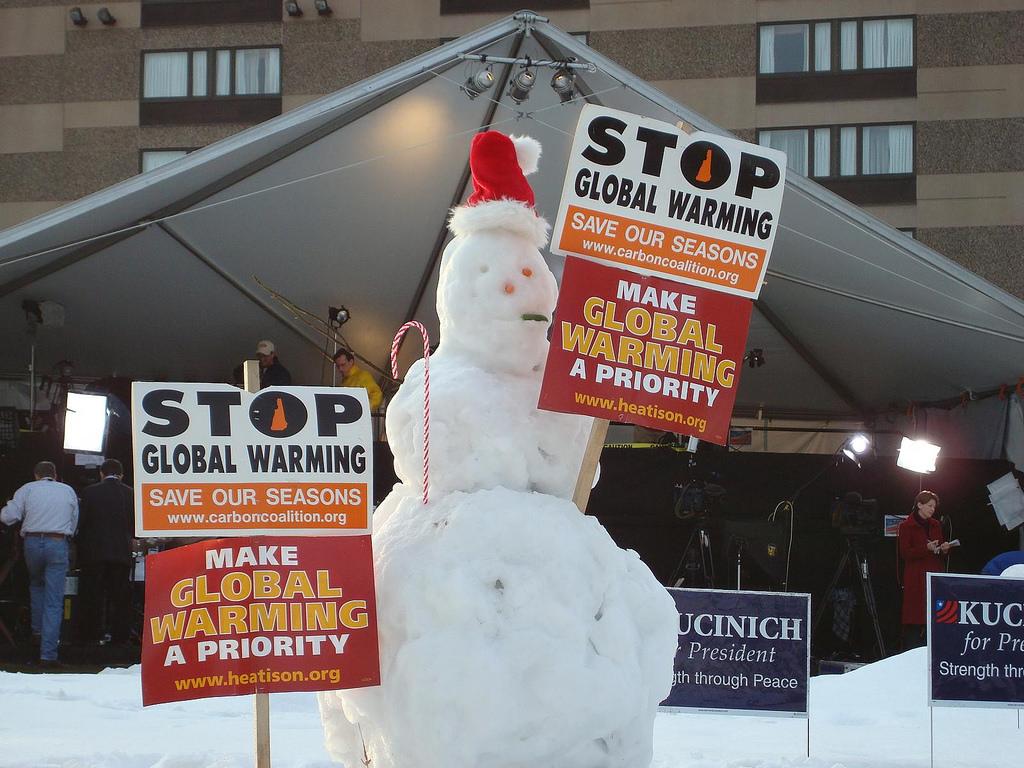 The need for urgent action was reinforced by the fact that 2015 was the hottest year since temperature record keeping began. Credit: Ryan Glenn / Flicker

The United Nations Emission Gap Report 2016 was discussed on November 14, 2016 at a side event in CoP 22 in Marrakech. This report was released recently by United Nations Environment (UNEP) and this it assesses the latest scientific studies on the emission gap and how it can be bridged with particular attention to energy efficiency and links to Sustainable Development Goals (SDGs).

The UNEP has been producing annual Emissions Gap Reports since 2010 for an independent scientific assessment of how actions and pledges by countries affect the global greenhouse gas emissions trend, and how this compares to emissions trajectories consistent with the long-term goal of the United Nations Framework Convention on Climate Change (UNFCCC).

The assessment is based on Intended Nationally Determined Contributions (INDCs) submitted by almost all countries in the world and a large number of studies supporting robustness of the estimates.

This report finds that 2030 emissions are expected to reach 54 to 56 gigatonnes of carbon dioxide equivalent – far above the level of 42 gigatonnes of carbon dioxide equivalent, which is needed to have a chance of limiting global warming to 2oC this century. The predicted 2030 emissions will, even if the Paris Agreement pledges are fully implemented by all countries, place the world on track for a temperature rise of 2.9 to 3.4oC this century. Waiting to increase ambition would likely lose the chance to meet the 1.5oC target.

Therefore, immediate and urgent action is required pre-2020. The temperature increase of 2.9 to 3.4oC can prove devastating for the world as it will increase the frequency and intensity of extreme weather events like more-intense storms, longer droughts, floods, ice melting, sea-level rise and other severe climate impacts.

Several countries will need to accelerate action to meet their Cancun Pledge by 2020. Collectively, these pledges are not ambitious enough to have a better starting point in 2020 to meet the 2030 levels of global greenhouse gas emissions consistent with the longer-term goals of below 2 or 1.5°C. Urgency of enhancing pre-2020 mitigation action is indisputable.

The Kigali Amendment to the UN Environment-hosted Montreal Protocol, agreed in October, aims at slashing the use of hydrofluorocarbons. Early studies indicate this could cut another 0.5 degrees if fully implemented. However, emissions won’t begin to be reduced at any significant rate until 2025.

“We are moving in the right direction: the Paris Agreement will slow climate change, as will the recent Kigali Amendment to reduce HFCs,” said Erik Solheim, head of UN Environment. “They both show strong commitment, but it's still not good enough if we are to stand a chance of avoiding serious climate change.

“If we don’t start taking additional action now, beginning with CoP22, we will grieve over the avoidable human tragedy. The growing numbers of climate refugees hit by hunger, poverty, illness and conflict will be a constant reminder of our failure to deliver. The science shows that we need to move much faster," added Solheim. This report notes that the strengthened long-term objectives of the Paris Agreement require even stronger actions than previously identified, calling for accelerated efforts pre-2020, as well as increasing the ambition of the Nationally Determined Contributions.

It further notes that the need for urgent action has been reinforced by the fact that 2015 was the hottest year since modern temperature record keeping began. Although high temperatures were exacerbated by the effect of El Niño, it is notable that ten of the warmest years on record have occurred since 2000, and the trend continues, with the first six months of 2016 all being the warmest ever recorded. 2016 is almost certain to be the hottest year ever globally.

This report presents an assessment of the technologies and opportunities to find the further cuts required, including through non-state actors, energy efficiency acceleration and crossover with the sustainable development goals. It notes that non-state actors (the private sector, cities, regions and other subnational actors like citizen groups) can cut several gigatonnes off the gap by 2030 in sectors like agriculture and transport, provided the many initiatives meet their goals and do not replace other action. Energy efficiency is another area where investment could bring bigger gains.

This report finally indicates that the world is still heading for temperature rise of 2.9 to 3.4oC this century, even with Paris pledges. The 2030 emissions will be 12 to 14 gigatonnes above levels needed to limit global warming to 2oC. Opportunities include enhanced pre-2020 action building on Cancun pledges, cost-effective energy efficiency and stimulating action by cities, companies and civil society. World must urgently act to cut a further 25 per cent from predicted 2030 emissions.