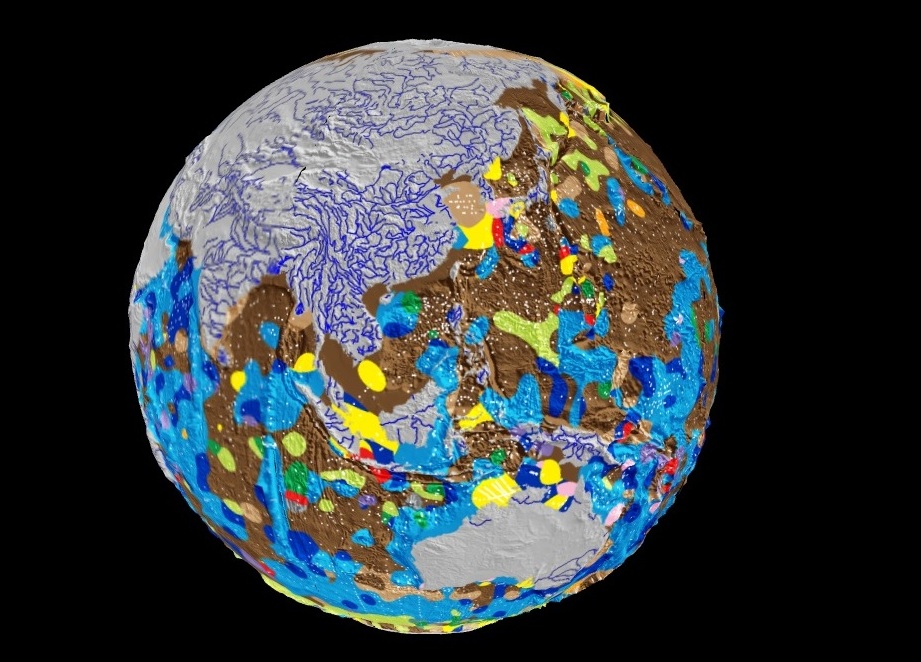 Forty years after the ocean floor was first mapped by hand, a team of Australian researchers has created the first digital map of the entire sea floor.

Made by the University of Sydney's School of Geosciences and National ICT Australia (NICTA), the map can be used to plot the planet's underwater carbon sinks and understand how oceans respond to climate change.

The map is an interactive spinning virtual globe that allows one to fly through the colourful patchwork of seafloor geology draped over a terrain map, according to NICTA. The team developed a computer algorithm to turn 14,500 seafloor sediment observations into a continuous digital map. They also reused “dark data” or old data to build a virtual census of the ocean floor.

The digital map shows the diversity of the sea floor. On the other hand, the first map made in the 1970s distinguished between only four different types of seafloor sediments, making the ocean floor look like a barren landscape.

“The lack of a seafloor geology map was identified as a huge outstanding problem and therefore an effort has been made to tackle this using the enormous amount of seabed samples that have been collected over at least half a century, on hundreds of research voyages costing billions of dollars,” said Adriana Dutkiewicz, lead researcher at the University of Sydney.

New findings from the map

The new map reveals that global coverage by calcareous sediment and clay has increased by about 30 per cent each. Compared to earlier, clay occupies a considerably larger area around eastern and western South America and is abundant in the Indian Ocean. But it does not spread to the southernmost waters of the world’s oceans as shown in older maps.

“Life in the Southern Ocean is much richer than previously thought,” said Dutkiewicz.

With the new map, scientists can study the composition of these remains to decipher how oceans have responded in the past to climate change.

“...our map reflects the average seafloor environment over at least half a century, if not longer, and will help to understand how the marine carbon pump may change during future global warming,” Dutkiewicz added.