The move can boost Indian firms facing a setback due to dumping of solar products by China, Taiwan and the US 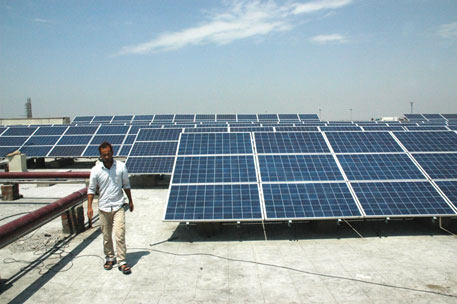 The Ministry of Commerce and Industry is expected to impose dumping duties on solar power products imported from China, Taiwan and the United States. Dumping, according to World Trade Organization, is a situation of international price discrimination. This means the price of a product in the importing country is less than the price of the same product in the exporting country’s market.

The Indian Solar Manufacturing Association (ISMA) had complained to the government about dumping in January 2012, following which the commerce department began investigation in November.

“The commerce ministry has identified a dumping margin range of 50 to 60 per cent in the products from United States and 100 to 110 per cent in those from China. The ministry has identified 58 manufacturers, mostly from China, followed by Taiwan, Malaysia and the US which dumped solar products in India,” reads a statement released by ISMA on May 20.

The development has shown a ray of hope to the domestic industry. “If the government imposes appropriate dumping duties, it will certainly bring a level playing field for Indian solar manufacturers,” says Rahul Bhudhwar, vice-president, manufacturing, Tata Power Systems Limited.

According to ISMA, the commerce department has determined a dumping margin of 60 to 70 per cent for manufacturers from China who were sampled and analysed in the probe, and 100 to 110 per cent for the manufacturers who were not sampled but information was collected from them. The dumping margin for First Solar, a US-based solar cell manufacturer, has been kept at 5 to 15 per cent and for all other exporters at 40-50 per cent. For Malaysia and Taiwan, the ministry determined the margin at 70 per cent and 90 per cent respectively.  The officials of the commerce department were unavailable for comments.