Waterless urinal not a clear winner

Several sanitary ware providers in India now offer waterless urinals with varying technologies. The cost of the ceramic pans is far too high and low-cost plastics yet unexplored. A cheaper option is to retro-fit existing urinals with waterless technologies. 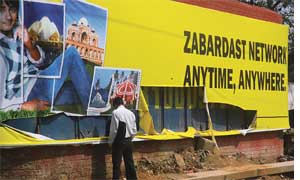 It makes little economic sense to go waterless in a country like India. Low municipal water tariffs give little incentive to save water. The water czars of the country must recognize this connection. Germany, touted to have the highest number of waterless urinals per capita, also has one of the highest charges for supplying municipal water. Another reason is the absence of a debate on such water saving fixtures. Lack of dual piping means potable water is used for bathing, washing and flushing. The cost of treating this water has increased tremendously, which shows in the pollution of India’s rivers and lakes.

Authorities have been slow on the uptake; they don’t see saving water is saving money spent on treatment.

But waterless urinals are a tricky proposition. One, our plumbing infrastructure is built to run on water. Two, urine can crystallize and become soft sludge in drains, causing blockages. Microbiologists have solutions, but their tonics only make the waterless transition more expensive.

There are other concerns. If installed on a large scale, waterless urinals could pump higher organic load into sewage treatment facilities. A better way may be to find a use for this urine, perhaps as fertilizer in agriculture.

Poaching them away from crime

A TV advert has several Indian celebrities exhorting us to save tigers. But what is the biggest threat to tigers? A section of conservationists points at poachers, demanding stringent law enforcement. Another section sees poachers as creatures of circumstance, arguing that they won’t remain poachers if they get alternative employment. Wild Orissa is one group that has tried this. A similar effort in the Periyar Tiger Reserve faltered in the long term. Proactive officials get transferred; groups find it difficult to get funding; once poachers turn over a new leaf, they are forgotten. Rumour has it that some adivasis in Periyar are back to poaching.

The alternatives to reforming poachers, though, are thorny. Given the internal security matters like the Maoist insurgency, wildlife crime is low priority for the law enforcement machinery. And when it does kick in, it nets small fry. Even for effective enforcement, intelligence is needed. Reforming poachers could provide that. This approach needs commitment.

Get your oxygen cylinder

River clean-up in India is at a crossroads. Central schemes have failed to bridge the gap between sewage generated and treatment capacity. This is a business opportunity for firms selling sewage treatment alternatives. The microbiologists have already made forays into the Indian market, peddling microbial solutions to digest sewage. Its proponents say existing sewage treatment plants require too much land and capital. Now another experiment to infuse oxygen in a one-km stretch of the Mithi river in Mumbai has come to an end.

The consulting firm executing the project says it has used the same technology to clean the Rouge river in the US state of Michigan. What the firm did not mention is the federal assistance since the 1980s to tackle point sources of pollution of the Rouge—both sewage and industrial effluents. Only after that did they move to dealing with non-point sources of pollution with soft-engineering options like wetlands, to create a buffer between the river and polluted runoff. Pressure from social groups has also led to removal of dams to restore flows.

To call oxygenating the river a complete solution is misleading. At Rs 1.5 crore over three months (for a one-km stretch), it is too expensive.

This leads to uncomfortable questions: could this finally be an admission on the part of authorities that conventional treatment has failed? Is this the future of river clean-up? Has the time come for civil engineers to make way for scientists? NEERI has been assigned the job of an independent assessment. Watch this space.