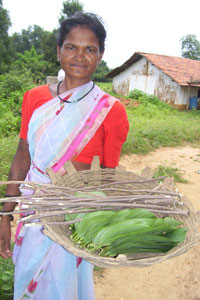 In a move that significantly boosts implementation of the Forest Rights Act in Maharashtra, community forest rights  (CFR) claims of some 369 villages in the tribal district of Gondia have been cleared by the district level committee. The titles will be disbursed later this month. Barring Gadchiroli, no district in Maharashtra has cleared so many CFR claims till date. For the first time in the state, villages located inside protected areas will also be getting the rights, setting a new precedent. District coordinator Dinkar Dudhalkar said that a total of 658 claims have been filed in the state, and the remaining 289 claims will also be cleared within the month.

This recognition of claims became possible because of the coordinated efforts of the administration and people’s groups, says Shyam Diwanji of the non-profit Vidarbha Nature Conservation Society, which helped the villages apply for CFR. “Initially,” says he, “the subdivisional committee was not aware of CFR, mistaking rights under sections 3 (1) and 3 (2), providing for community utility lands, as CFR.” When some 40 villages from the four tehsils of Deori, Salekasa, Sadak Arjuni and and Amgaon applied for CFR, the claims were held up or were passed between the committee and the Forest Department, which was opposed to granting of such rights,” says he.

It was only after the intervention of environment secretary Pravin Pardeshi and the governor that the claims were finally cleared on August 3, says Diwanji.

Deori's tehsildar, Pratap Waghmare, who was proactive in getting the claims cleared, says that the district administration, in coordination with people’s groups, took care to check all the claims for flaws and mistakes, to ensure that no claims, once submitted, got rejected. “This effort ensured that not only were no claims were rejected, but also served as an encouragement for more villages to come forward to apply for CFR,” says he.

Diwanji informed that the claim papers, which are expected to be disbursed around August 20, will follow a new and better format compared to other claims issued in the state till date. “The best format in which claims have been issued till date is that of the villages Mendha Lekha and Marda,” says he, “But this format is also flawed; though it grants the community forest management rights under the crucial section 3 (1)(i), the claim paper does not specify rights in writing or quote relevant sections of the law, but simply refers to the serial numbers of the claims as made in the claim applications. Also, the claims have been granted in the name of one individual villager, with the words 'and others' appended to it, instead of being granted to the village gram sabha.”

These flaws will be corrected in the new claims, says he, adding that the seven conditions imposed on claims issued in Gadchiroli later, including a compulsion to work according to the Forest Department’s working plan, will not be added in these claims. “The claim papers will be totally unequivocal, will include all rights granted in the FRA, and will have no unfair caveats imposed by the Forest Department,” said he, “This will also save a lot of extra work for the administration. In Gadchiroli district all the claims are now being re-examined; this effort will be saved in this case,” says he.