Coonoor hill city without water for past one month

Prolonged heat spell has dried up reservoirs. Could the crisis have been averted? 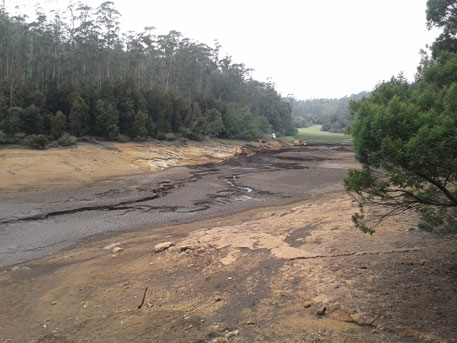 In the midst of a heat wave, which has affected most of north India and parts of the south, the hill station of Coonoor in Tamil Nadu is facing acute water shortage. The main source of water for the city, the Raliah dam, has dried up and residents have not received water supply for the past month.

A resident, Reema Nagaraj, said her locality has not received municipal water supply for the past 18 days. In the absence of borewells, it’s really difficult to manage, she said. Calls to the the municipal office were of little help; the staff were curt and said it would take 10 more days to resume water supply. She complained that private tankers charge a lot of money—Rs 2,000-2,500 per fill—which she could ill afford, she said.

Municipal officials admit that water shortage this year is very acute this summer. They say the problem has got aggravated because there was no rain this year.

Coonoor town draws 1,445.4 million litres of water a year from Raliah and Bandumi dams and a stream called Gymkhana. The municipality's website claims to supply water at a rate of 80 litre per day per person in a year on an average. However, with the current population of 70,000 people, the Coonoor municipality can supply on average only 56.5 litre per day per person. There is a deficit of around 600 million litres water a year.

“This year there is no storage in the dam due to failure of monsoons,” said Aladurai, water supply supervisor with Coonoor Municipality. Only 2.5 centimetre of water is left in the 43 feet (13.1 metre) high dam. There is no water in Bandumi dam either, he informed. The municipality is desilting and deepening the dam reservoir to increase its storage capacity, to prevent recurrence of such incident in future. Currently, the dam has the capacity to store water for three months, and now with these measures storage capacity of the dam will increase and there will be enough water to last four months, said Aladurai.

As an immediate measure, the municipality is pumping water from its bore wells and supplying water to the city once in five days, said C Gopalakrishnan, chairperson of  Coonoor municipality. The municipality has three water tankers which are being used exclusively for water supply, he added. The entire Coonoor municipality depends on Raliah dam which was built in 1938 to serve around 5,000 connections. Now, the town has 16,000 connections. So the municipality has been pushed to consider more long-term measures, said Gopalakrishnan. For example, the Gymkhana dam which is 10ft (3m) high currently has 8 ft (2.4 m) of silt deposits. “Now we are desilting the dam on an emergency basis to serve as a water source. We are also desilting the Bandumi dam. In 10-15 days it will start raining in this area and we will have enough water stored. It’s just a temporary problem,” Gopalakrishnan said.

But the residents are not satisfied with the response of the municipal office. They complained that the areas which fall under the gram panchayats are getting regular water supply—once in two days. The gram panchayat officials collect water from surface springs and supply adequate water to people, but the municipality officials don’t put in any effort, they complained. “Why can’t they pump groundwater and supply at least a limited quantity of water to us? Past 25 days in Applebye area, we have not received a drop of water from the municipality,” said Stephen Jayaseelan, another resident.

The revenue inspector in charge of village administration offices of Coonoor-Mellur area, Gopalakrishnan, said managing water supply in rural areas is not so difficult because the population there less by one-third. He said these areas are not served by supply lines from dams. “We generally pump water from streams using motors, store them and then supply it. If we don’t get enough water from streams then we depend on surface and underground springs to collect water,” he said.

Aladurai said that water there are springs in many areas and that the  problem is very acute in ward 15 of the municipal area.

Coonoor is a popular hill station—it is the second largest hill station in the Nilgiri Hills after Ooty—and receives nearly 2.5 million tourists every year; they arrive in flocks in summers. When Down To Earth contacted few hotels at Coonoor, the hotel staff said the problem is mostly confined to the town area and that there is no water shortage in the hotels. The hotels in the town area said they, too, don't face water shortage.

Residents are critical of municipal and panchayats for not tapping spring water. Ooty and Conoor have “fantastic” water sources which the municipality and panchayats have failed to tap, said Jabarathnam  of Coonoor Citizen's Forum. “There are many villages also which suffer water shortage. Why is the municipality chairperson desilting the dam reservoirs now? It should have happened way back,  he said. The citizens' forum had submitted plans to augment water supply 15-20 years back, he said while terming the current distribution model faulty. But no steps were taken to implement the plan, he added. “It’s not just Coonoor, even Ooty is suffering,” Jabarathnam said. He warned that hotels buy water during summer from the private vendors who do not purify water. They collect it from all random sources in an unhygienic way. It is ultimately the public who are suffering the ill-effects, he said.