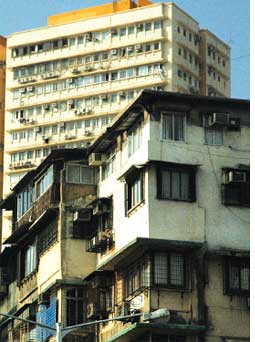 The buildings in question are called cessed buildings. More than 16,000 such buildings in Mumbai housed tenants who paid a maintenance to the Maharashtra Housing and Area Development Authority (mhada) for reconstruction. But the charge was nominal and the authority could do little maintenance.

As a solution, the state government introduced a law in 1991, which it amended in 1999. This was done to invite private builders to accelerate redevelopment of cessed buildings.Developers were given unlimited floor space index (fsi, a measure of built up area) depending on the number of tenants that needed to be re-housed. Other than giving free houses to original tenants, the builder was free to sell additional flats at market rates to others.

Builders misused the law and started showing fake tenancies to raze down even sturdy buildings and constructed multi-storey towers instead, said Gautam Patel, an advocate associated with the case. "We challenged this amendment in the Bombay High Court in 2004 and got a favourable order in November 2006. Although the high court allowed redevelopment, it put in place restrictions like capping the fsi at four, mandatory open spaces in new building, etc," he added. Piqued, the Property Redevelopers Association in Mumbai took it up in the apex court. 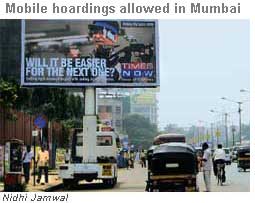 A few architects and town planners that this Down To Earth correspondent talked to reacted strongly to the apex court order. They said they were not anti-development and demanded a system for the so-called development projects. "Even pre-1940 buildings can be sturdy. How can the court allow such buildings to be converted to 30-storey towers when the city has no supporting infrastructure? The order has paid no heed to the issue of citizens' safety and infrastructure. This is extremely dispiriting," said Patel.

Chandrashekhar Prabhu, former president of mhada, said enough evidence was submitted to prove how builders misused the amendment. "We surveyed the redeveloped buildings after the amendment came into place. Out of the 600 buildings we covered, we found that 96 per cent of the original tenants were not living there," he said. The Supreme Court in its verdict said that the 1999 amendment was legal and there was no reason to order a stay on it. "...This (court's) function is limited to testing whether the administrative action has been fair and free from the taint of unreasonableness and has substantially complied with the norms of procedure set for it by rules of public administration," the court order read. Legal experts said the court's order was well within the limits of law.

"We must understand that courts will only interpret the law and not go beyond. It is not advisable to approach courts on every matter. A major problem is that we do not prepare public policies properly and leave them open to interpretation. This is a dangerous trend," said V Phatak, former chief planner with Mumbai Metropolitan Region Development Authority.