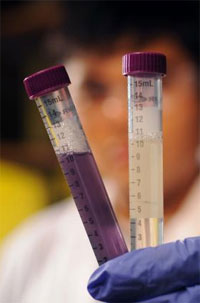 The National Environmental Engineering Research Institute (NEERI) and the London School of Hygiene and Tropical Medicine participated in the research, sponsored by the US Institute of International Education.

The crowdsourcing technique, which requires 53-cent (32-rupee) test kits and a high penetration of mobile phone services in the country, can help people in villages check the quality of their water sources and address the shortcomings according to findings. After successful pilots in eight villages near Nagpur in Maharashtra this summer, the researchers are now planning widespread evaluation in 2015. If they succeed, the technique would be implemented in other countries too.

Current monitoring techniques are expensive and are available only at sophisticated laboratories in India. Therefore, lab testing is not feasible in a country of India’s scale and size.

"It would be impossible to pay somebody to go out and take all these samples, bring them back to a central lab and process them under controlled conditions," says Joe Brown, assistant professor at Georgia Tech's School of Civil and Environmental Engineering, who leads the project. "But we think there are many promising methods to test water safety which don't involve expensive laboratories and highly-trained personnel."

People in villages are given test kits, which include a test tube containing a yellow-coloured material. They are asked to fill the tubes with water, either from a tap or from a home water storage container, and allow the water to incubate in the test tube overnight. If the material turns purple, it indicates the presence of E. coli, a type of bacteria often present in contaminated water. People then use a mobile phone to send a series of numbers that signify whether the test material remained yellow, indicating safe water, or turned purple to indicate contamination. 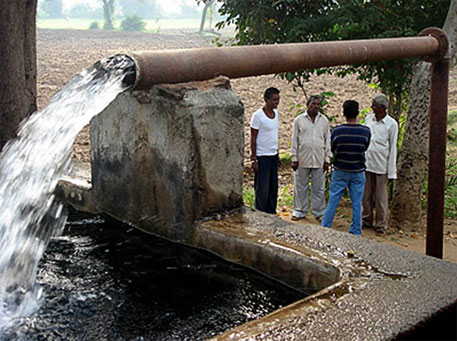 A programmed smart phone receives and analyses the text messages and automatically calculates the overall water quality village to village. It also accounts for errors in reporting by looking for trends in the overall results.

"The key to this is aggregating many samples that indicate the presence or absence of bacteria," explains Brown. "Individually, the tests don't tell us much, but if you take a thousand of them, you can compute an estimate of the microbial counts in a typical source of drinking water."

In the evaluation carried out near Nagpur, the research team received results from a quarter of the 1,800 people who were given the kits, and when they returned to the villages for follow-up meetings, 60 per cent of the kits they distributed were submitted for analysis.

The researchers found that in most cases, the quality of tap water was better than that of stored water. Likely reasons for the contamination included a failure to cover home containers and the use of contaminated cups or bowls to take water from the containers.

"We think this may be a scalable model for large-scale environmental monitoring for settings in addition to India. The tests themselves worked well and there was a clear colour change to indicate the presence of the bacteria,” he adds.

The team expects to return to India in 2015 for larger-scale evaluation of the technique. The goal will be to compare the results produced by crowdsourcing against conventional sampling done by scientists at NEERI. Based on what they learned this year, the researchers plan to evaluate the use of other village groups, including schoolchildren and women's self-help groups, to conduct the water testing.

Brown believes the testing programme will empower rural citizens of India to take responsibility for their drinking water.

"This could be a disruptive technology because it's giving people the power to evaluate the safety of their own drinking water," he says. "The test turning purple provides a dramatic way to communicate water quality issues, and opens up conversations that would never have occurred otherwise."