Kerala launches an on-line campaign on dalit and adivasi concerns 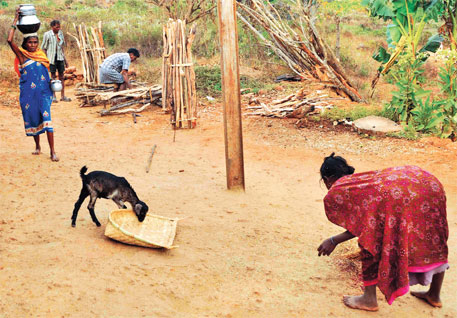 On December 2, 2012, when Andhra Pradesh Assembly passed a legislation to give legal protection to the special funds meant for the welfare of Scheduled Castes and Scheduled Tribes (SC/ST) communities, it was described as historic. The Andhra Pradesh Scheduled Castes Sub-Plan and Tribal Sub-Plan (Planning, Allocation and Utilisation of Financial Resources) Act of 2012, first of its kind in the country, was expected to enhance the social security and development of the most socially and economically disadvantaged communities of the country. After all, it ensured allocation of funds in proportion to the population of these communities. However, a "Dalit and adivasi agenda" released in Hyderabad on March 26 points out that rules and regulations to implement the Act are yet to be formed.

The agenda, a manifesto containing demands from 22 different sectors such as SC/ST sub-plan funds, education, health, housing and employment, was prepared by Hyderabad-based non-profit Centre for Dalit Studies (CDS) and SC/ST Officers Forum in the context of the upcoming elections to Lok Sabha as well as the state assembly. The agenda has been circulated among all political parties.

As per the legislation, the state government should allocate funds in its annual budget as per the population of the SCs and STs (16.23 per cent funds in the budget for SCs and 6.6 per cent for STs), and ensure that the funds are spent exclusively for the development of SC/STs. "Though the funds were allocated in the 2013-14 budget, much of it remains unspent in the absence of rules and regulations," points out M Anjaneyulu, director of CDS.

The concept of separate funds (sub-plans) for the socio-economic development of the SC/STs was first introduced by the Planning Commission in 1975-1976 during the Sixth Five Year Plan after it realised that the previous Five Year Plans had miserably failed to address the development issues of SCs and STs. As general development programmes could not specially cater to them and bring them on par with other sections of the society, the Planning Commission formulated Special Component Plan, which was later renamed as Scheduled Caste Sub Plan, and Tribal Sub-Plan. It also issued clear guidelines on the utilisation of the funds.

In Andhra Pradesh, the need for a separate legislation was felt as funds allocated for SC, ST sub-plan were not utilised fully and efficiently, and were diverted for other purposes,  including

infrastructural development. A cabinet sub-committee set up by the state government in April 2012 found serious lapses in allocation and utilisation of the funds. The committee was an outcome of prolonged agitations by dalit and tribal groups against diverting and under-utilisation of the funds. The sub-committee in its report had noted that that SC/ST sub-plans in Andhra Pradesh were a mere paper exercise to satisfy reporting requirements to the Planning Commission. The state lacked proper vision, right perspective, plan of action and monitoring mechanism for the sub-plans, the report noted. 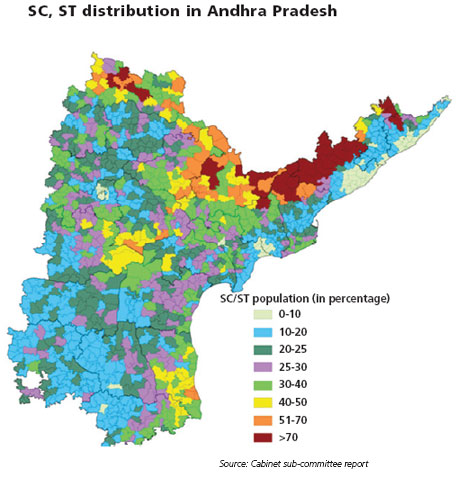 For effective implementation of the legislation, the Dalit and adivasi agenda demands that representatives from civil society groups be immediately appointed in the nodal agencies and in the State Council for Development of Scheduled Castes and Scheduled Tribes. Apart from proper utilisation of sub-plans, the agenda demands that dalit and adivasi communities be provided free and compulsory education from Kindergarten to Post-graduate courses for free. The other demands mentioned in the agenda include strengthening of primary health centres, formulation of new land reform policies, giving license for cultivation and loan facilities for tenant farmers, construction of houses for all houseless dalits and advasis within a stipulated time period, revitalising the SC/ST Finance  Corporation, setting up of special courts to expedite trials involving atrocities against dalits and adivasis and implementation of the Andhra Pradesh Scheduled Areas Land Transfer Act and the Forest Rights Act.

Kerala's dalit manifesto
Activists in Kerala, working on dalit and advasi issues, have uploaded a similar manifesto on Facebook. The manifesto is an outcome of a successful nine-day on-line campaign that began on March 10. The campaign was the idea of V B Ajay  Kumar, director of RIGHTS, a Thiruvananthapuram-based non-profit.

"It's the first campaign by Kerala's online dalit communities. We thought of compiling the aspirations of dalits and adivasis in the context of the coming Lok Sabha election," says Ajay Kumar. "The response was overwhelming. Suggestions mainly focused on education, employment, health, land rights, reservation and fund utilisation." Kumar points out that even in Kerala, often highlighted as the most socially-progressive state in the country, development gap between the dalit-adivasi communities and the others remains wide. The much-hyped land reforms in the state did benefit the adivasis and dalits, adds he. The manifesto includes the demand for land for cultivation in rural areas and commerce and industry in urban areas. According to Kumar, the mainstream political parties cast a blind eye towards the issues faced by these communities.

Indian National Congress: manifesto for the Lok Sabha Elections, 2014 (Your voice, our pledge)